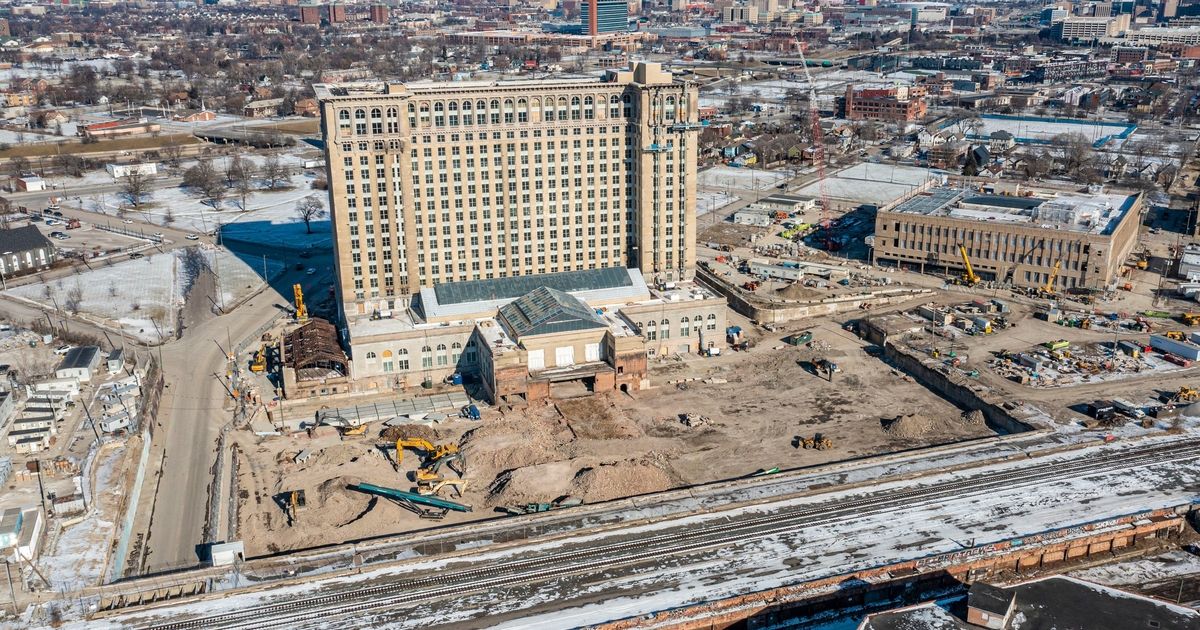 Read more: Ford to be joined by Google in train station ‘ecosystem’

Culler said the new limited liability corporation was set up to “attract others to come” to the campus, which will be anchored by Detroit’s long-abandoned train station, the adjacent Book Depository building and a third new office building that’s in the planning stages in the Detroit neighborhood known as Corktown.

“We set up an LCC so that the structure is more agnostic,” Culler said. “For branding, we’re talking about it being more about the Michigan Central innovation mobility hub, because it’s more than just a (train) station.”

Culler said Michigan Central is designed to be a “30-acre network infrastructure with buildings” that’s “powered by Ford.”

Ford plans mobility technology testing on the grounds of the former train station as well as office space in the tower of the old depot, which opened in 1913 but has sat empty since 1988.

The automaker purchased the train station building and other properties around Roosevelt Park in 2018 for $90 million from the Moroun family.

Ford has said it is spending $740 million to rehabilitate the train station and Book Depository buildings, which had suffered from years of abandonment and decay.

Overall, Ford company officials have said the Michigan Central mobility district project is estimated to cost $950 million by the time the train station building opens at the end of the second quarter in 2023.

As part of a 35-year $104 million property tax break deal with the city, Ford has committed to having 2,500 of its employees work out of the Corktown campus and bringing another 2,500 from suppliers, mobility startups and other companies focused on the development of autonomous and electric vehicles.

On Friday, Ford announced that tech giant Google will be a “founding partner” of Michigan Central, providing its Google Cloud services on the campus and launching a computer coding training course for high school students.

Ford company officials have repeatedly said the train station is open to tech companies and possibly other OEMs.

“It’s really important that this be an open platform, an agnostic platform, that people come and participate in,” said Culler, who also is chief of staff to Ford Executive Chairman Bill Ford Jr. and president of the Ford Fund. “So that’s why you’re seeing the LCC and that general name.”

Bill Ford Jr., the great-grandson of company founder Henry Ford, has envisioned Michigan Central being about more than just an office setting for engineers, software developers and computer programmers from Ford and its partners, Culler said.

“They don’t view this as a real estate campus,” Culler said. “This is an ecosystem that’s really never been tried to have a platform that’s being created by Ford and Bill’s vision and opening it up to others to come in and participate and to really try to solve some of these big problems (in mobility). We know we can’t do it alone.”