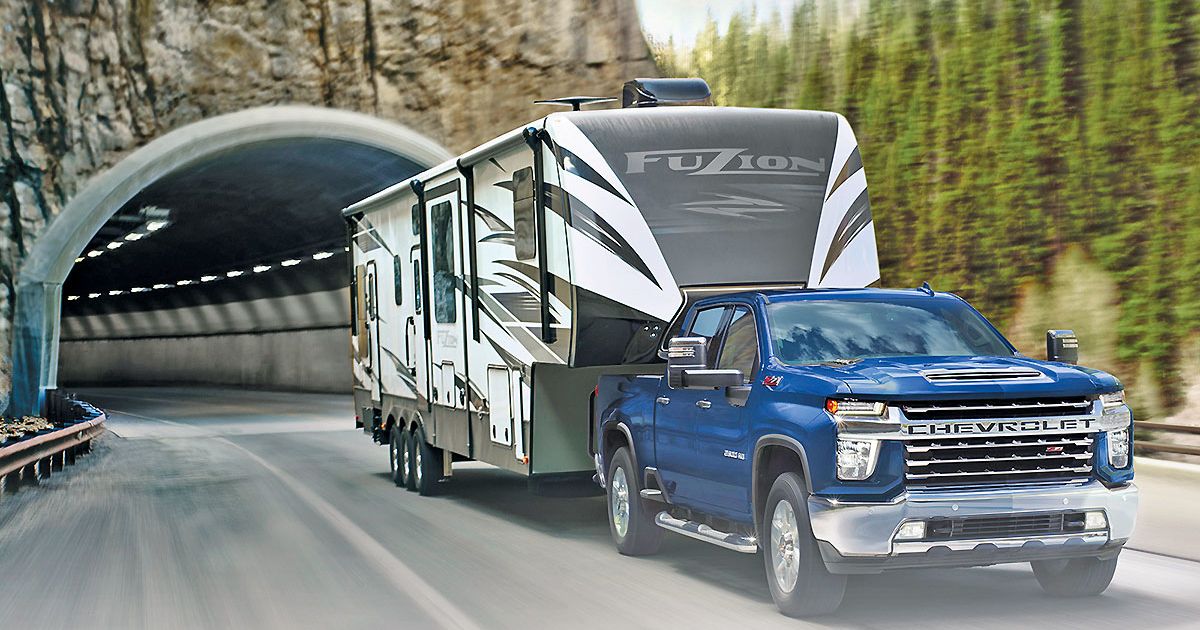 A friend of mine who works in powertrain at Ford told me recently the company has just one more new engine coming. And that’s it. Ford, like most other automakers, is shifting its powertrain lineup from gasoline and diesel engines to electric motors in the coming years. Ford has greatly reduced the number of engineers assigned to create new engines and improve existing ones.

“I’m the last man standing,” my friend said with a semi-serious laugh.

But automakers’ move away from further development of the internal combustion engine doesn’t mean we can put an end date on the classic workhorse. There are some vehicles whose duty cycles are not — yet — compatible with battery-electric powertrains. Consider the heavy-duty versions of pickups used as work vehicles on farms and ranches and for hauling heavy loads long distances, such as delivering classic cars.

Electric motors can easily deliver more torque than the powerful diesel V-8s in the Duramax, Power Stroke and Cummins engines in the Chevrolet Silverado/GMC Sierra, Ford Super Duty and Ram Heavy Duty pickups. But battery technology has not advanced enough to enable these behemoths to travel as far on a single charge as they can drive today on a single tank of fuel. And charging times have to come down — way, down.

Let’s look at the numbers for a moment.

The Silverado heavy-duty diesel truck has a 36.2-gallon fuel tank and gets about 19 mpg cruising unloaded on the highway, according to a review. That gives it a highway driving range of about 687 miles on a tank. Let’s say that a trailer is connected and the driver maxes out the truck’s 18,500-pound towing capacity. Fuel economy, of course, will suffer. Let’s say it drops by half. The truck can still go more than 340 miles on a tank and be refueled and back on the road in less than 15 minutes. No electric truck can do that — yet.

General Motors CEO Mary Barra announced in January at CES that the company is working on electric versions of its heavy-duty pickups that would be available by 2035. No technical details, driving range or charging-time estimates were given, with Barra saying only that the vehicles would have “a range needed to get the toughest jobs done.”

The duty cycles of emergency vehicles such as ambulances, fire trucks and electricity-guzzling police vehicles are also not compatible with battery-electric powertrains. I visited my city’s police department in Berkley, Mich., with my 10-year-old nephew for a tour. I asked the officer, Lt. Jordan Kobernick, if he had driven any of the new electric vehicles and what he thought of electric police cars.

“Our vehicles are on the road 24 hours a day,” he told me. “We’d need two fleets,” he said, one charging while the other was in use. That’s not affordable or practical for many cities.

GM and its partner, Honda — along with other companies such as Hyundai, Toyota, BMW and Daimler — have been working hard to reduce the size and increase the power output of hydrogen fuel cells, which generate electricity to power the electric motors that drive vehicles. Gaseous hydrogen is not as energy-dense as gasoline, but it can quickly fill a tank. And hydrogen fuel cells have another advantage over battery packs: They weigh less.

So, here’s my prediction for the future of the internal combustion engine: We’ll see gasoline and diesel engines continue their retreat from most passenger cars. In heavier vehicles, we’ll see more gasoline- electric hybrid powertrains. Those will eventually give way to hydrogen fuel cell powertrains — when the fueling infrastructure develops and as the technology becomes more affordable.

Chevrolet this year is launching an all-new, 5.5-liter double-overhead-cam V-8 in the Corvette Z06 that makes 670 hp.

It’s a perfect example of why gasoline engines will be around for at least another decade.