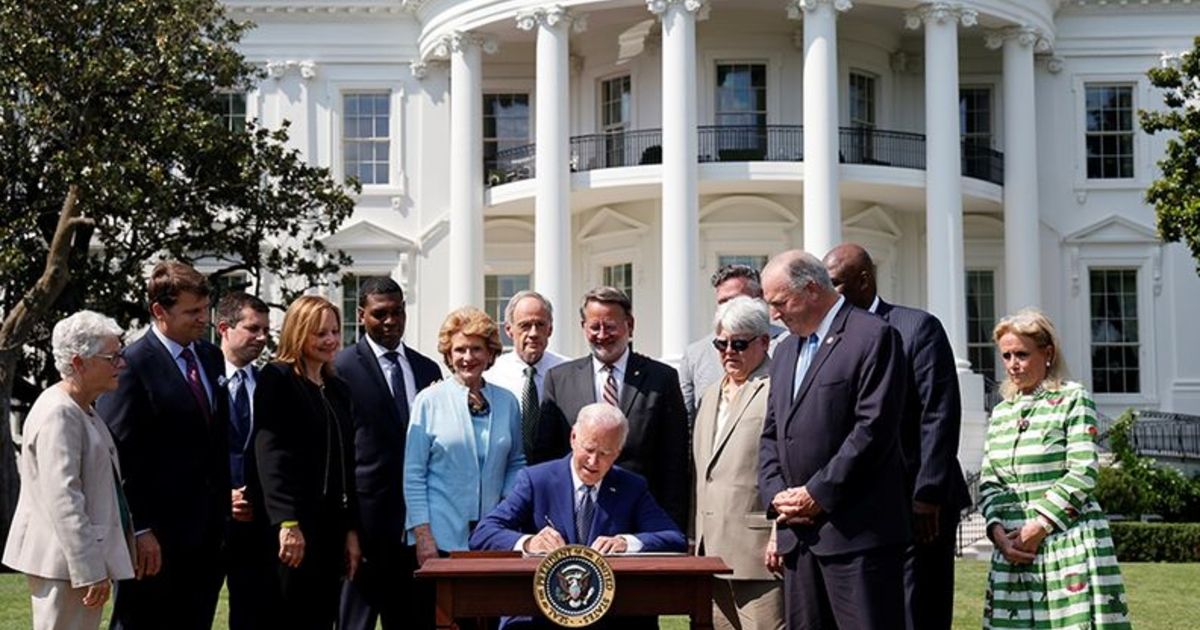 “From iconic companies like GM and Ford building out new electric vehicle production to Tesla, our nation’s largest electric vehicle manufacturer, to innovative younger companies,” Biden said, adding other start-ups and saying manufacturing is coming “back to America after decades.”

The President wants to give union-made, American-built electric vehicles an additional $4,500 tax incentive, setting up a clash between automakers such as Tesla and Toyota without U.S. unionized workers on one side, and United Auto Workers-affiliated carmakers on the other.

After Biden met with Barra in January and tweeted a video of the two talking, Musk replied “Starts with a T/Ends with an A/ESL in the middle” and then compared Biden to a “damp sock puppet.”

Prior to that, in September, Musk said labor unions appear to control Biden’s EV policy. He also criticized Biden in August when he was not invited to a White House event.

“(They) didn’t mention Tesla once and praised GM and Ford for leading the EV revolution. Does that sound maybe a little biased?” Musk said during a panel discussion. “Not the friendliest administration, seems to be controlled by unions.”

Asked in August whether the White House did not invite Musk because workers at Tesla are not unionized, White House press secretary Jen Psaki said: “I’ll let you draw your own conclusion.”

When asked about Biden’s Tesla namedropping on Tuesday, Psaki said “We all know that Tesla is a major producer of electric vehicles,” and added the White House sees “huge opportunity” for the United States from the industry overall.