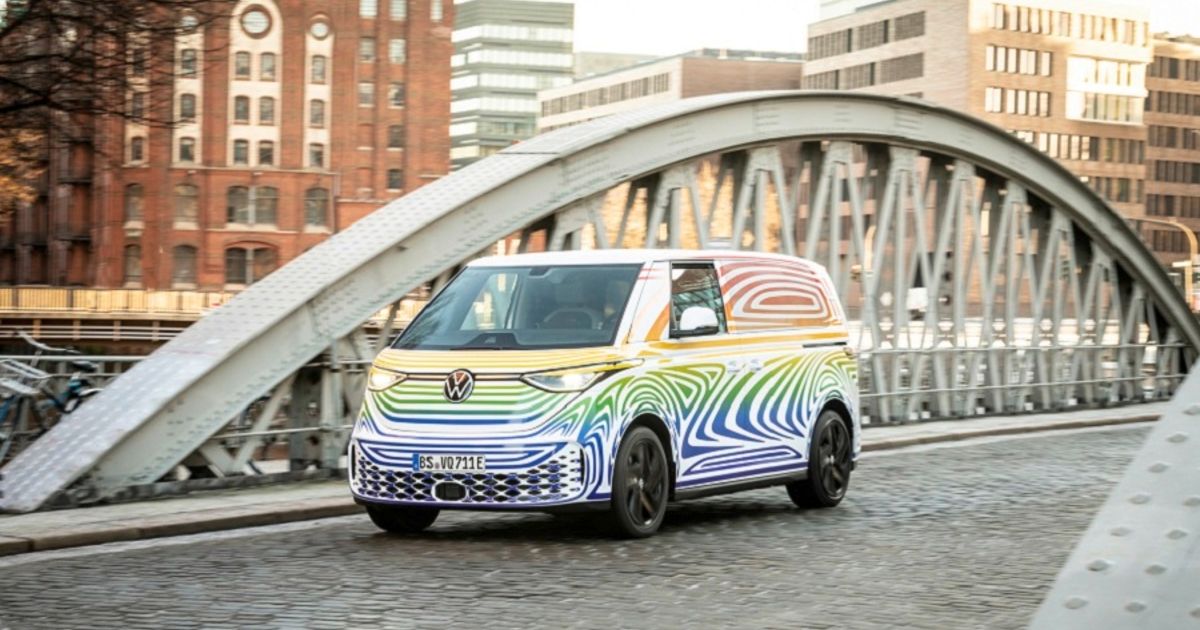 BERLIN — Volkswagen’s ID Buzz full-electric van will be start below 60,000 euros ($69,000) in Germany when it goes on sale in September, company sources said.

The price for the passenger version of the van will be similar to combustion engine versions of the VW Multivan T6.1 with similar equipment, sources told Automotive News Europe sister publication Automobilwoche. The light commercial version will cost less, the sources said.

After deducting German government incentives for electric vehicles, the price could drop down to about 50,000 euros ($57,000).

Sales of the ID Buzz will start in September and VW plans to open the order books in May.

Images of the van that have been released or leaked seem to show that the production ID Buzz will likely not have as many retro-styled details as the 2017 concept, which reminded many people of the iconic 1960’s T2 models.

VW will not officially announce the prices until the van is unveiled during a livestream presentation on March 9.

Crash safety and pedestrian protection improvements were responsible for some of the changes, VW engineers have said.

Technically, the ID Buzz is based on the ID 4 electric SUV, from which it borrows the VW Group’s MEB platform as well as the 204-hp motor and 77-kilowatt-hour battery in the underbody.

Initially, there will only be rear-wheel drive versions available. An all-wheel drive drivetrain with a second electric motor at the front will be added later.

Initially too, only the 4700 mm (185 inches) short variant with five seats will be available, with a long version, stretched by almost 300 mm with space for a third row of seats, to follow in 2023.

Both the passenger variant with seats and the ID Buzz Cargo panel van version, with a closed box at the rear and a flat load floor, will be launched at the same time in September. A camper van version called the ID California is also planned.

VW is testing ID Buzz prototypes with Level 4 autonomy — meaning the vehicles can drive themselves under certain conditions — to be ready for commercial transport of people and goods for 2025.

The automaker sees potential for a self-driving delivery van.

Christian Senger, VW’s head of development for autonomous driving said in July 2021 that the company expects 70 billion euros ($80 billion) in revenue from mobility services in the five largest European markets by 2030.