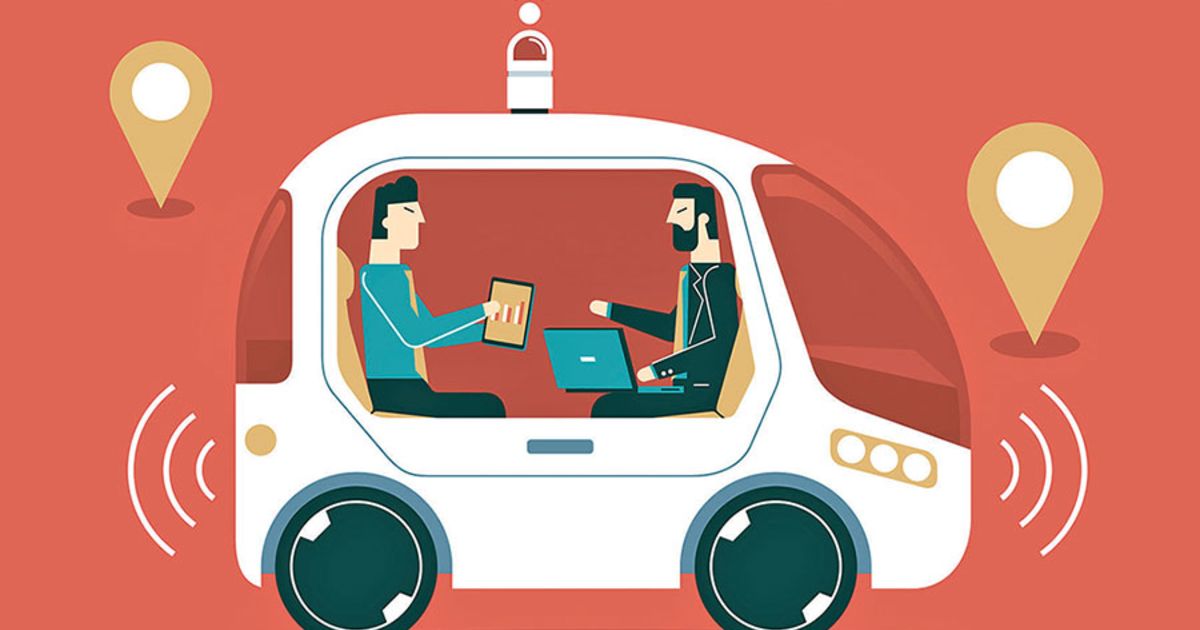 When will consumers be able to own vehicles that allow them to be disengaged from the driving process and fully rely on automated systems to get them where they need to go?

Some industry experts and consumers feel that concept is a “Jetsons”-style dream, while others believe it will be reality sooner rather than later.

Q: By 2035, will average consumers be able to have a personally owned, Level 4 self-driving car, meaning one restricted to geofenced areas? Why or why not?

A: Carla Bailo, CEO, Center for Auto-motive Research: I think so because by then, we’ll have the technology, the mapping, and we’ll probably have autonomous zones, meaning only autonomous vehicles would be allowed in those zones.

That’s one of the things critical to success when I say yes. When you put a Level 4 vehicle with a human-driven vehicle, there are so many different combinations and permutations of potential situations, it becomes extremely difficult to do that programming.

The caveat is they are going to be darn expensive. It’s going to be limited to those people who can afford them. A lot of people are saying they will first be in delivery service, the trucking industry and others that never have downtime. You can keep them on the road and perhaps recoup the cost.

There are still all the issues of law, liability, insurance and policies in general that surround the operation of these products that are still up in the air.

Jeremy Carlson, principal analyst, IHS Markit: By 2035, I think technology will advance enough that the capability will be there for a vehicle to drive itself without supervision in some defined area. An average consumer may or may not have access to that technology because a key question is going to be the cost of the technology and the vehicle. Much more likely: We have fleets that operate in a service format.

Regulations and consistency of infrastructure, quality of roads, clarity of signage, these things also will play a role in allowing the technology to come to market.

Phil Koopman, professor, Carnegie Mellon University, and AV safety expert: By 2035, it’s going to be more of a question of where, how limited the technology will be and whether it will be worth someone’s while to buy a private vehicle that will have those limitations.

We don’t know how far the current technology will scale in terms of operational area and the ability to ensure safety in challenging environments. So it might be you can buy one that works great in Phoenix, but it may be that Pittsburgh is still too challenging in 2035.

An additional consideration is the business model for private owners to keep these maintained because they’re going to require a lot of inspection, maintenance and calibration. The concept of ownership may need to change so that it’s your vehicle, but it’s maintained by a fleet operator to make sure it stays safe.

Henry Liu, director, Mcity, a public-private partnership that manages an AV proving ground at the University of Michigan: It is hard to predict when L4 vehicles will be available for average consumers because there is a significant gap between current safety performance of L4 vehicles and what they need to be for commercialization.

We as a research and development community have to really solve the safety challenge before the average consumer can see it.

For an average driver, if you drive about 1 million miles, you will probably experience one accident. If you look in terms of current state-of-the-art Level 4 automated vehicles, it’s roughly in the magnitude of 10,000 miles per accident. Nobody wants to buy an unsafe vehicle, so an automated vehicle has to be at least on par with human drivers.

I’m confident with the investment in research and development in automated vehicles, I think sooner or later, we will see automated vehicles. Level 4 will be commercialized for the average consumer, but I don’t know when.

Bryan Reimer, research scientist, Massachusetts Institute of Technology: It is likely in 2035 that we have a greater number of lower-level automation systems in wider circulation that improve the comfort, convenience, fuel efficiency and safety of mobility. In essence, using the automation that we have today to a much more robust level in supporting drivers in their role as collaborators with automation.

I would suspect that by 2035, drivers will not be able to buy a personally owned, dedicated Level 4 vehicle, such as one without a steering wheel. However, it’s highly possible that drivers will buy vehicles with features that in certain conditions enable Level 4 driving. This is different from Level 3, where the driver is expected to be a fallback-ready user. This would be a condition where the vehicle makes all the decisions when the automation is enabled.

There are key technological gateways as well as perhaps, more importantly, the need for changes in global policy to enable the future of automated mobility.

Selika Josiah Talbott, founder, Autonomous Vehicle Consulting: If you’re talking about John Q. Public owning their own autonomous vehicles, I think it will be like EVs: very early adopters and an elite few who can afford what they will cost in terms of personal ownership at the very beginning.

And then just like electric vehicles, [because we perfect technology,] there will be things that may not even be invented today that will make movement of autonomous vehicles much safer and much more readily available.

Taking all that into account, I see no reason why we won’t be at that stage [in 2035]. Looking down the road at 10-plus years, I’d say absolutely.

Would there be personal ownerships? If we’re really about problem-solving — and AVs solve a host of problems we have — we don’t want to encourage everyone to have one, putting more vehicles on the road and creating more congestion. We have to find a way to make an autonomous vehicle something that’s more shared so multiple people are utilizing vehicles.

Q: Will we ever see true Level 5 AVs that can operate without restrictions?

A: Bailo: Yes. I don’t know when. I’ve always said 2050 or after because, fundamentally, I believe you need to have a world where all vehicles operating are autonomous, or at least a big majority of vehicles being autonomous, so human-driven vehicles have no choice but to follow the rules. But the intermingling of personally owned and computer-driven products is very difficult and hard to control. Yes, but only when we have a world of autonomy.

Carlson: Being able to drive anywhere in any circumstance that a human being would be capable of driving I think is attainable.

But being able to replicate human behavior in so many different situations is quite a huge challenge, especially when we’re talking about interacting with the outside world.

But I’m an optimist. On a long enough timeline, I believe we get there. I don’t think it will happen anytime soon.

Koopman: With current technology, I do not think it’s practical to get to an unlimited operational design domain.

Instead, what will happen is we’ll see increasing capability over time, emphasizing the places with the best return on investment. Because machine learning-based systems can only perform tasks they’ve been taught, it won’t make economic sense to teach vehicles very obscure tasks that most vehicle owners don’t care about.

Complete Level 5 is a science-fiction dream. It makes a lot more sense economically to get to 95 percent or 99 percent of all possible operational scenarios and not try to automate everything.

Liu: If Level 5 is what SAE has defined, to what the average human driver can handle, I’m actually very confident Level 5 will occur.

Don’t expect Level 5 vehicles to handle the situations that human drivers cannot. If you have a snowstorm, and a human driver cannot drive in that situation, don’t expect an automated vehicle can do it. So that’s my clarification.

It’s hard to predict when that will happen, but I think it will. A very raw prediction is within 30 to 40 years we should be able to make that leap, but that’s very rough. It is hard to predict the commercialization timeline for L4. Prediction for L5 is even harder.

Reimer: True Level 5 autonomy is generally viewed by many as synergistic with general artificial intelligence in the context of a vehicle that can make ubiquitous decisions at any time.

It is unlikely that within the bounds of current engineering capabilities, where we design and develop systems to specifications, we can build a Level 5 vehicle.

With that said, I am hopeful that in the centuries to come, humankind will devise artificial systems with the intelligence to achieve Level 5 autonomy. But I expect it is beyond my lifetime.

Though I think that public policy and social good have to be part of the equation, and what we must not do is further congest or crowd our roadways.

We don’t have enough truck drivers to bring our goods to ports and to our neighborhoods. If for no other reason, to secure the supply chain, we’re going to have to get creative, and we will have to incorporate new mobilities, and AVs will be part of that new transportation network.