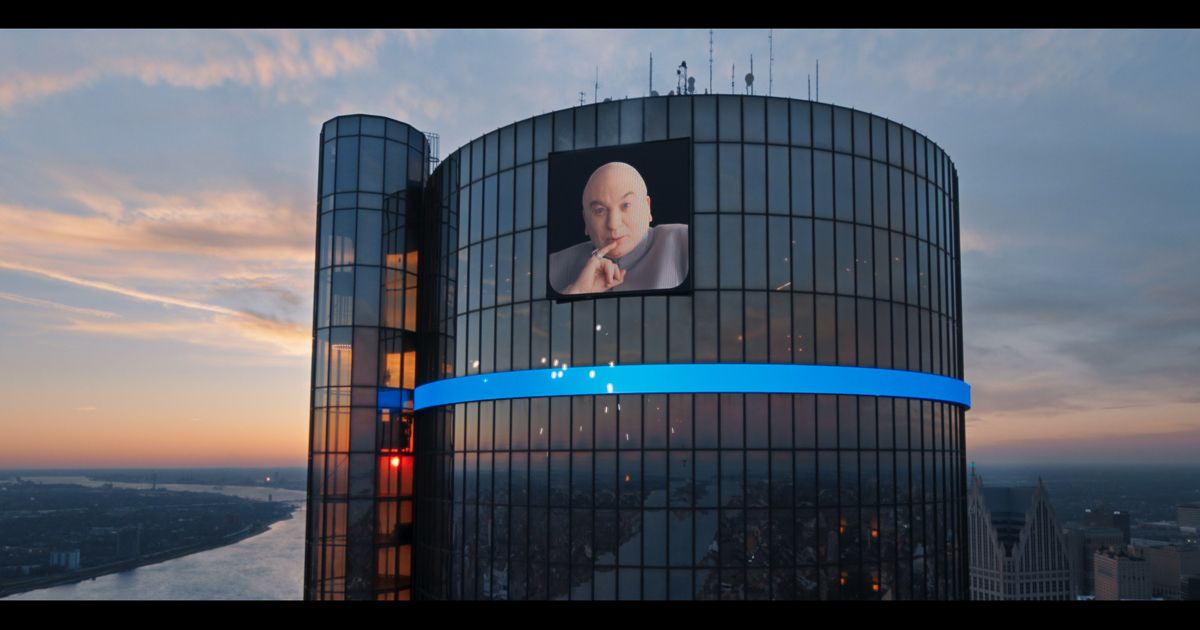 That’s the message in General Motors‘ Super Bowl commercial this year. When the antagonist of the Austin Powers movies learns that climate change has displaced him as the biggest threat to the world, he’s determined to reclaim top villain status by getting everyone in an EV.

“I just love the fact that evil becomes good because in order to be bad, you have to conquest the greatest evil out there,” Deborah Wahl, GM’s chief marketing officer, told reporters Wednesday.

GM worked with McCann on the ad, titled “Dr. EV-il.” A 60-second version is scheduled to air Sunday during the third quarter of Super Bowl LVI, when the Cincinnati Bengals take on the Los Angeles Rams. GM also will post a 90-second version online, along with several teasers.

The ad’s message extends beyond a marketing campaign, Wahl said.

“This is really a core part of our entire business strategy at General Motors,” she said.

“We wanted to use the Super Bowl platform to continue to raise awareness of the important role that EVs can play in fighting climate change,” Wahl said.

Last year, GM ran three Super Bowl ads showcasing EVs. One promoted the Lyriq crossover, with an Edward Scissorhands theme, and another encouraged the idea that EVs are for everyone. Comedian Will Ferrell starred in GM’s third commercial, which pushed GM’s proprietary Ultium batteries and made Norway — the world’s top EV market — the enemy. The ad suggested that the U.S. would soon beat Norway in EV sales.

A year ago, EV consideration in the U.S. was only 5 percent, Wahl said. A year later, consideration has surged to 39 percent, according to GM research.

“I think we played our role in making sure that in the U.S. that people are starting to see EVs in a different way,” Wahl said.

Still, she said, GM and the industry will continue to work on “normalizing EVs and help Americans across the country actually see themselves in one.”