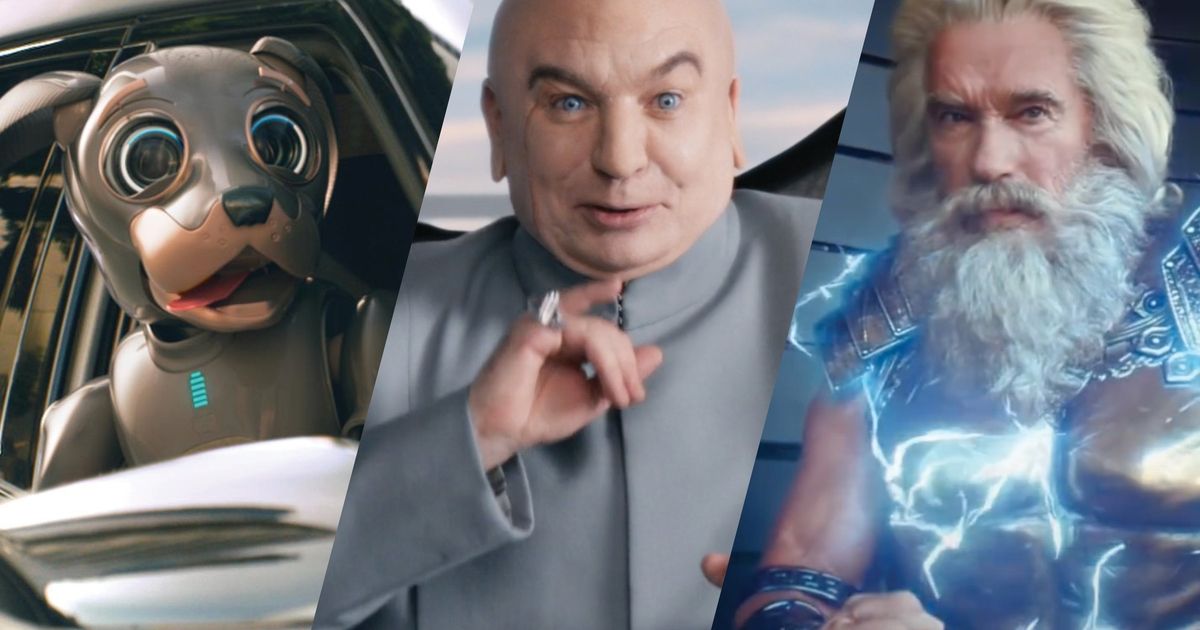 For automakers, this year’s Super Bowl might as well be called the Electric Bowl.

Volvo’s EV brand Polestar on Thursday confirmed it will run an ad in the game that is already filled with spots from Kia, BMW, General Motors and Nissan—which are all pitching EVs with expensive celebrity-filled ads. There is even an electric vehicle charger maker in the game: Wallbox, whose Big Game ad doubles as its first-ever TV commercial in the U.S.

Never before have so many auto brands spent so much money advertising vehicles with such small market share — EVs only accounted for 2.6 percent of new vehicle sales last year in the U.S., according to Edmunds.

But the Super Bowl marketing onslaught is indicative of a tipping point in the EV sector, which is poised to finally begin creeping into the mainstream after years of hype. Automakers have billions of dollars riding on it. GM alone has said it plans to pour $35 billion in electric and autonomous vehicle development through 2025, while debuting 30 new EVs globally, with two-thirds available in North America.

With that kind of investment, brands must start generating demand — lots of it. And there is no bigger stage to do that than the Super Bowl, which draws about 100 million U.S. viewers.

But traditional automakers and startups see an opening, and marketing will play a critical role as they seek to dethrone Musk.

“Despite Tesla’s significant head start on the competition, the race is far from over,” Jessica Caldwell, executive director of insights at Edmunds, said in an email interview. “Automakers are eager to imprint their EV messages on the mind of the American consumer while there is ample market share to be earned, and there are still few better places to commence an awareness campaign than the Super Bowl.”

Edmunds, which provides car shopping information to consumers, forecasts the EV market to grow to 4 percent this year.

Click here for coverage of all of the automotive Super Bowl ads.

With their Big Game buys, legacy auto brands are going Hollywood, using casts of big-name celebs to entertain the masses, while subtly pushing messages that their new fleets of EVs — many of which are just hitting the market — match, if not exceed, the performance of gas-powered cars.

BMW is calling on the power of Greek god Zeus, played by Arnold Schwarzenegger, to push its new iX crossover, which hits dealerships in March. The 60-second spot, which comes from Goodby Silverstein & Partners and will air in the first quarter, portrays the weather god and sender of thunder and lightning growing bored with retirement in Palm Springs, California before he perks up when his wife Hera, played by Salma Hayek Pinault, gets him the electric BMW. The lightning-filled spot ends with a new twist on the German luxury brand’s classic tagline — The Ultimate Electric Driving Machine.

BMW was among the first brands to push its EV ambitions with a Super Bowl ad, running a spot in 2015 for its i3 hatchback. It starred Katie Couric and Bryant Gumbel, flashing back to 1994 when the then-“Today Show” hosts struggled with the concept of the internet. The spot then flashed forward as the duo pondered the improbability of electric cars—specifically BMW’s i3, which was considered a pioneering EV at the time.

But the sales needle barely moved for traditional auto brands in the ensuing years, with dealerships dominated by combustion-engine cars bought by people who remained skeptical about EVs because of their higher price tags and so-called “range anxiety”—the fear the cars can’t get you where you want to go on a single charge.

Those concerns remain hurdles. A recent survey from global consulting firm AlixPartners found that just 10 percent of U.S. consumers would be willing to pay 25 percent more for an EV than a gas-powered car. Also, 32 percent of “moderately and very likely” U.S. EV buyers called public charging availability “critical” to the purchase of an EV.

Public and workplace charging units in the U.S. would need to grow from about 216,000 in 2020 to 2.4 million by 2030 to support 26 million electric vehicles on the road, according to a report this past summer from the International Council of Clean Transportation. The report notes that there were 1.8 million EVs on the road at the end of 2020, while basing its estimates on a forecast of EV sales representing 36 percent of all vehicle sales in 2030.

That type of demand could be coming, despite years of sluggish EV growth. AlixPartners’ survey found that so-called “battery electric vehicle believers” — those very likely to buy a battery-electric as their next vehicle — have more than doubled in the past two years, from 11 percent to 25 percent globally and from 5 percent to 19 percent in the U.S.

“The EV market is inevitable — it’s a question of when, not if,” Mark Wakefield, global co-leader of the automotive and industrial practice at AlixPartners, said in an interview. “You’ve seen China explode, you’ve seen Europe explode, and so the automakers look at the U.S. as a market that is maybe not there yet but it’s going to get closer to its inflection point,” he said. Automakers are spending “hundreds of billions on electric vehicles so they need to have demand for these things.”

GM began pushing its EVs in last year’s game with its “Everybody In” campaign that aims to democratize EVs.  This year’s ad from McCann stars Mike Myers reprising his Dr. Evil role from the “Austin Powers” movie franchise.

A teaser released Wednesday flicks at the range anxiety issue by promoting the automaker’s proprietary Ultium battery platform, which the company has touted as enabling the construction of a range of EVs at different price points, including some that can get in excess of 300 miles on a full charge. In the video, Dr. Evil suggests they can get “one million” miles, in reference to his classic movie line.

The Super Bowl spot is expected to make a reference to how EVs are environmentally friendly. “The younger audience is extremely purpose-driven and it’s important to understand the connection to that,” GM Global Chief Marketing Officer Deborah Wahl said in an interview.

“When we go to this EV world we want to make sure that it is equitable and inclusive for everybody,” she added, noting that GM’s EVs cover a broad prive range, from a $30,000 Chevy Equinox expected in 2023 to six-figure Hummer EV that began sales last year.

But Super Bowl marketing is about more than plugging specific EV models — automakers see the ads as a corporate image play.

It is a “halo that helps us drive desirability for the entire BMW brand,”said Uwe Dreher, BMW’s vice president of marketing for North America. “This is the hot topic right now because it helps you in regards to creating awareness for your electric lineup. But it also helps you, of course, from a positioning point of view. Electric cars are seen as something that defines the future, something that exists with lots of innovations, and these are all beautiful themes and areas we want to be associated with at BMW.”

The perception plays extend well beyond Super Bowl Sunday, including on channels geared at younger buyers.

Kia — whose Super Bowl ad plugs its new EV, the EV6, by introducing Robo Dog, a plug-in puppy that chases the EV6 in search of a charge — is accompanying the spot with a range of digital marketing. That includes what the brand calls its first-ever TikTok integration featuring a video of the electric pooch.

Polestar, a Swedish premium electric vehicle startup, is countering the gimmicks with a no-nonsense ad that promises “no stunts, no surprises, no supermodels … no puppies, no monkeys, no babies,” according to its teaser. The brand, which has ties to Volvo, plans to launch one new electric vehicle per year in the next three years, starting with Polestar 3 in 2022.

But the task of converting the awareness driven by the Super Bowl campaigns into actual EV purchases will require more diligent, tactical marketing. Because most EV buyers are first-time EV buyers, they thirst for educational information — much more so than regular car buyers.

“When it comes to electric cars you have to provide much more information on your own website,” said Dreher. “You don’t want people to Google these things and end up on other third-party websites.”

As a result, BMW spends a lot of money on search advertising, in hopes of luring shoppers to a special EV hub on its site that includes visuals and information aimed at overcoming range anxiety. One section promotes the iX as getting 324 miles on a single charge below a map showing the distance between Los Angeles and Las Vegas as a 270-mile trip.

BMW collects first-party data at the site that is used to retarget potential buyers with more personalized marketing on social channels. “We want to keep them in our ecosystem,” Dreher said. “Because they will have tons of questions.”