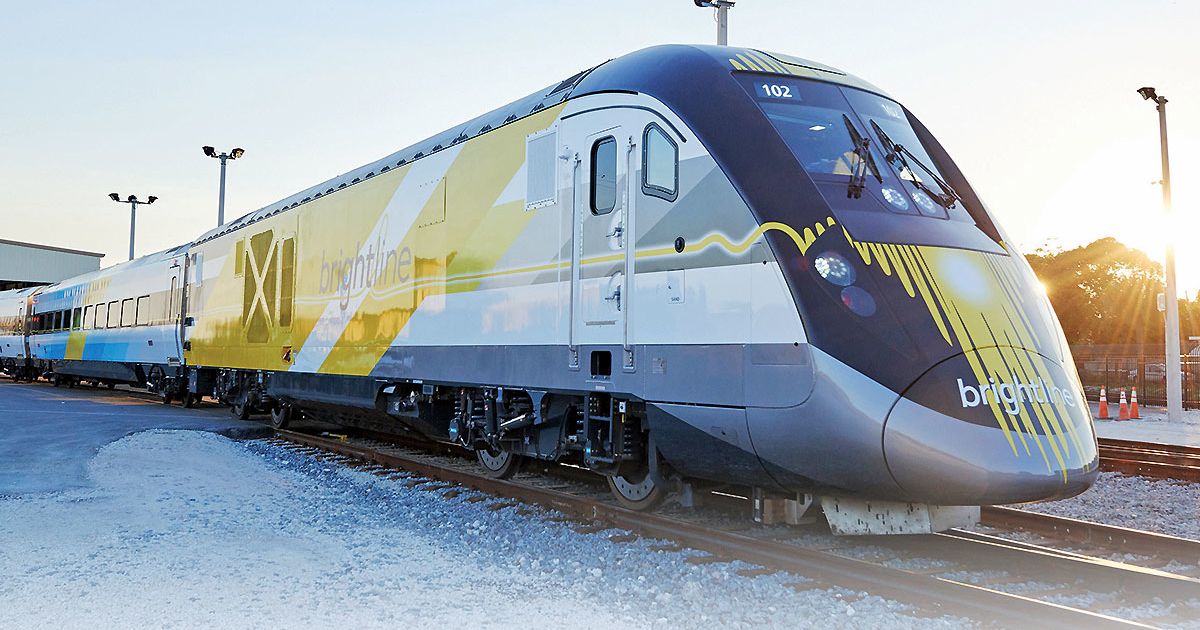 America may be poised for a rail renaissance, one that could someday fulfill dreams of a high-speed network connecting major U.S. cities.

In November, President Joe Biden signed a once-in-a-generation infrastructure upgrade that, among other things, provides $66 billion for rail projects that will modernize existing rail lines, fix notorious trouble spots on the Northeast Corridor by 2035 and expand service options.

The funding represents the largest financial infusion in the half-century history of Amtrak, the national passenger-rail operator, which historically has subsisted with annual federal subsidies in the $1.5 billion to $2 billion range.

“That Congress has set aside money to start — and I want to be clear — start to develop a high-quality network is a huge, huge step in the right direction,” said Rick Harnish, executive director of the High Speed Rail Alliance.

If the fresh funding provides a firmer foundation for the status quo, it does not necessarily, at least in the short term, alter the fundamentals of passenger rail’s role in the larger transportation realm.

For those who imagine high-speed trains regularly zipping travelers between cities at speeds of 186 mph or greater — a threshold most rail experts consider the start of true “high-speed rail” — that future remains in an embryonic state.

Grant funding available in the infrastructure bill could accelerate work on those or other projects, and completion of one could represent a true starting point for high-speed rail, according to Andy Kunz, CEO of the US High Speed Rail Association.

“We’re really a few years away from seeing one of those running, and the most important thing in our mind is getting one or two of these new projects to the finish line,” he said. “Once that happens, we’ll see a huge advance forward. Governors will start pushing for it. That will change the attitude in the country in favor of it, rather than just hearing about cost overruns.”

Brightline, a private rail company which touts itself as the “only modern and eco-friendly rail service in America,” a not-so-subtle dig at Amtrak, started providing service in 2018 on a 70-mile stretch of track between Miami and West Palm Beach. A 170-mile addition that connects Orlando to the existing track is 70 percent complete and expected to open in early 2023. Total cost of the project: approximately $4.5 billion, according to a Brightline spokesperson.

The train can go as fast as 79 mph between Miami and West Palm Beach and is expected to reach speeds as fast as 125 on the new connection between West Palm Beach and Orlando. Once that leg is open, the overall trip time between Miami and Orlando should be reduced by 40 minutes compared with a car trip on the Florida Turnpike, according to the company.

The fact that those speeds do not qualify as official high-speed rail, in this case, is perhaps beside the point. What Brightline aims to do is link an international hub in Miami to a major tourist destination in Orlando, upending the transportation options available.

“There’s a sweet spot of routes that are too short to fly and too long to drive, and also have business and leisure populations where you have significant congestion and no real way to improve that,” said Ben Porritt, vice president of corporate affairs for Brightline. “So Miami and Orlando is perfect. You have the Everglades on one side and ocean on the other. The population is growing leaps and bounds, and you have to find a way to get cars off the road.”

Brightline estimates that its Florida project could eliminate 3 million car trips per year.

Whether in Florida or elsewhere, that’s one of the real promises of next-generation rail’s potential writ large, perhaps seen in another Brightline project. The company is on the “1-yard line” in receiving permits and approvals to begin constructing rail between Las Vegas and Rancho Cucamonga in Southern California, Wes Edens, co-CEO of Fortress Investment Group that owns Brightline, told the Las Vegas Review-Journal in January.

That service could begin roughly 3½ years from the start of digging, according to Porritt. It is expected to reach 200 mph.

Even with less travel during the pandemic, New Yorkers still spent an average of 100 hours stuck in traffic last year, according to the Global Traffic Scorecard compiled by traffic-analytics company Inrix in December. Runways are often as overloaded in major cities, causing delays that ripple through domestic air travel.

At stake is nothing short of global competitiveness, as congestion causes shipping delays and diminishes productivity. The White House’s synopsis of the infrastructure legislation noted that China has constructed 22,000 miles of high-speed rail with plans to double that by 2035.

“Cars are overloaded and aviation is overburdened,” he said. “Both of them are failing, and it makes it horrible for everybody because we’re missing that other option.”

Since the advent of the Interstate Highway System in the 1950s, federal spending has historically favored roads, and passengers have followed. Even the $66 billion marked for rail in the legislation enacted is dwarfed by the $110 billion reserved for roads and bridges.

Over seven decades, similar funding disparities between the modes has left America — no surprise — with a transportation system underpinned by roads and driving.

“Here we are, 50 years later, and we’re still throwing nickels at rail and trillions on highways,” Kunz said. “It really gets to the point where we have to pull back and look logically as a nation at how much we’re investing in our future, and how much mobility we’re getting for every dollar we’re spending. Right now, it’s diminishing returns.”

Harnish takes perhaps a more nuanced view on the longtime funding disparities. Funding is one aspect. Consistency in funding is another that has borne more reliable and predictable results.

“On the highway side, we have longstanding formulas that assume driving will increase and the planning process always assumes there will be money,” he said.

Passenger rail has never had such a foundation.
Not every rail advocate sees the interstates as competition or an opportunity lost. In Las Vegas and Southern California, Brightline intends to build some of its route smack dab down the middle of Interstate 15. Final permitting is expected this year.

In that sense, the interstates are neither a finished product nor competitor, but perhaps a precursor.

“Roads and highways should become the architectural renderings of how we connect these cities, and we ought to look at laying track in the middle or alongside them,” Porritt said. “It would take cars off the road. In a lot of cases, the right-of-way issues are solved. Highways of today represent an opportunity to put tracks down.”