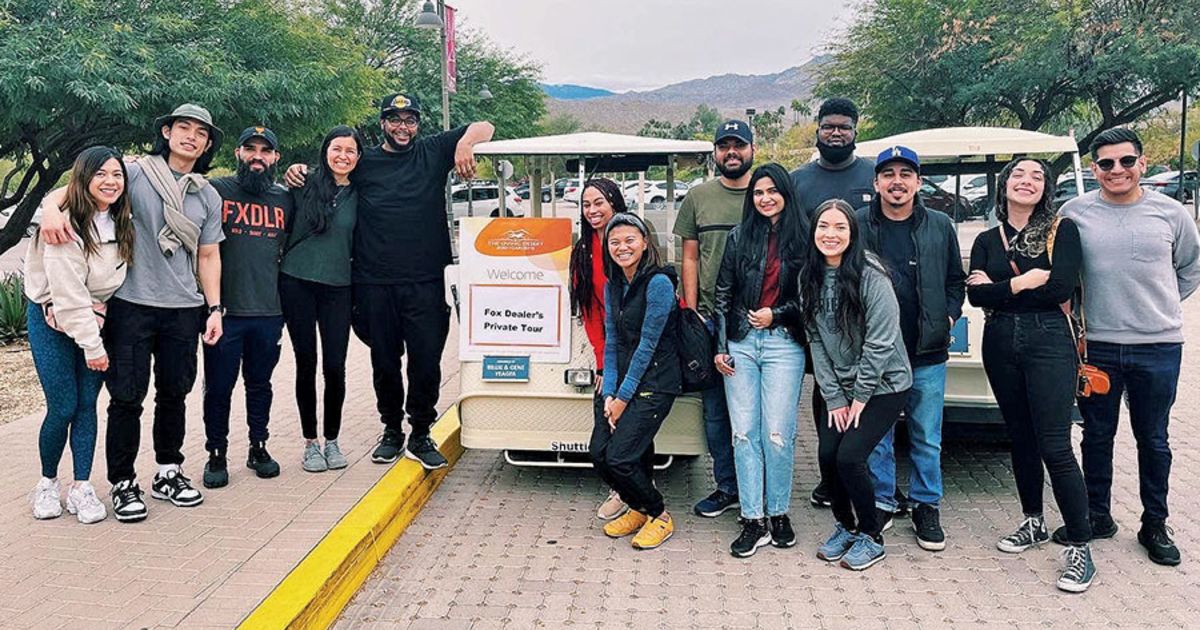 The five-person C-level leadership team at Fox Dealer consists of four people of color and one woman.

More broadly, about half of the Pasadena, Calif., dealership marketing company’s nearly 90-employee work force is made up of people of color, and 35 percent is female, said CEO GianCarlo Alabastro, who is of Filipino descent. The company employs software developers in five countries who work on its dealership websites, digital marketing services and a digital retailing platform, Tagrail, in which Fox Dealer acquired a majority stake in February 2020.

Alabastro started his career in automotive retail and moved into technology, co- founding Fox Dealer in 2013. The company, which works with roughly 400 franchised dealerships, made the Inc. 5000 list of the fastest-growing privately held companies in the U.S., from 2018 to 2020. Alabastro said the company brought in $30 million in revenue in 2021.

Fox Dealer has built a representative work force through employee referrals, a focus on company culture and an effort to reflect its diversity to the public, such as on its jobs page online, Alabastro said.

“On any of the collateral that we’ve created, specifically around our hiring practice, we don’t use stock imagery. We use as much real imagery as possible to really kind of show, ‘Hey, by the way, this is how we look,’ ” he said. “An employee or a potential candidate would be able to potentially see themselves in that fold.”

Q: What is your approach to creating a diverse employee base?

A: I honestly never started out saying that I’m going to hire the most diverse people that don’t look like each other. I hired the best talent because they were the best talent, and it just naturally happened to be that way.

What’s on the resume checks the box as far as saying, “OK, you have the experience to apply for this position.” Everything else that we look for is really about two things first: chemistry and fit. I don’t care if you have an MBA or an extensive, really cool resume. I think that’s fantastic for you, but ultimately, what I’m looking for is your commitment and your passion to the job and how I believe that you represent that in the interview.

Do you reach out to specific groups while recruiting?

I’d say north of 35 percent of our hires come from employee referral, and that’s at least been by design. When you have an employee that’s recommending another potential employee, it directly reflects on them. So a lot of the expansion directly has to do with the networks and the groups that my employees have. Do we specifically have a methodology that we use to try to drive women into the position or people of color? I don’t know necessarily if that’s the case because in a lot of ways, what we do is really, really represent ourselves as much as we can in the job ads.

If you want to Google and get a feel for it, and you found any pictures of our staff on the web, you’ll see that everybody looks different.

It feels like a safer environment for people, I guess overall, even though it wasn’t my intention to say, “Hey, listen, 50 percent of my staff are people of color, almost 40 percent of my staff are going to be represented by women.” That wasn’t the approach that we took. We took the approach to basically represent ourselves as “Hey, we’re just naturally a very inclusive culture. This is how we look.”

How do you create a DE&I culture?

What we focus on is community culture and making sure at least on a monthly basis that we have some type of coffee hour, happy hour or something inclusive that really brings people together within the team to really kind of bring that tighter bond.

It’s tough to find really good talent. In our eyes, what we’d rather do is, instead of just promoting outbound, saying, “Hey, work for us, we’re awesome,” is really rewarding the people that are working there and saying, “Hey, we believe you’re awesome. We believe you’re what makes us awesome. And if you see the leadership group here and the promotions that are happening, they look like all of you.”