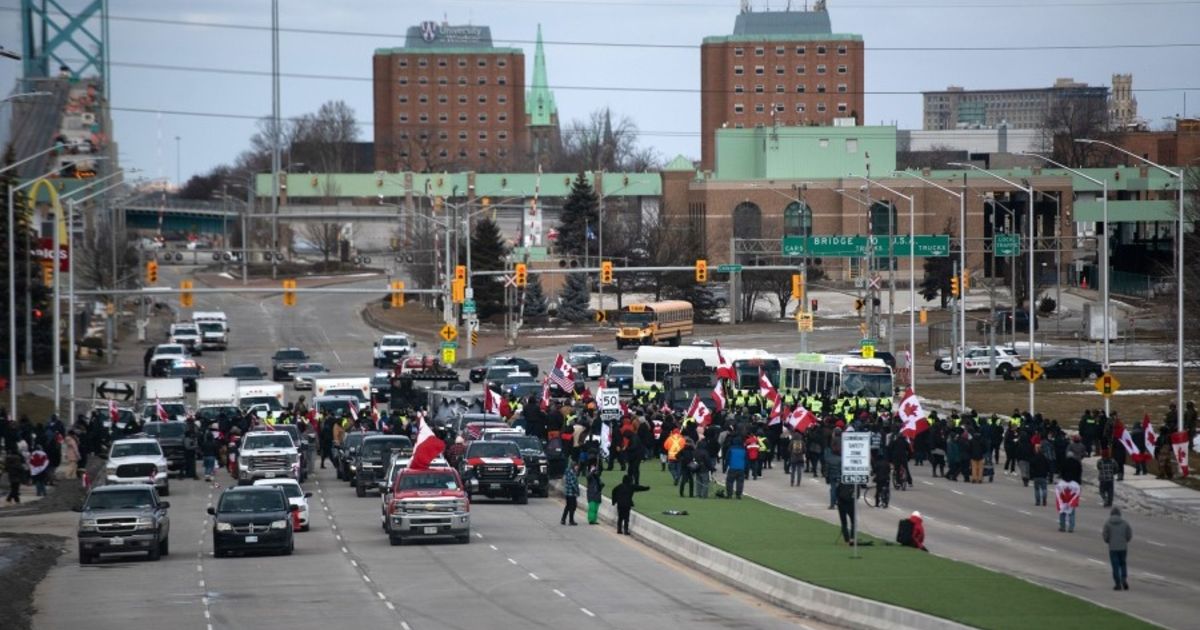 Canadian police made several arrests on Sunday and cleared protesters and vehicles that occupied the Ambassador Bridge in Windsor, Ontario, following a court order on Friday.

The blockade has choked the supply chain for automakers, disrupting production at Ford, GM, Stellantis and Toyota.

Officers moved in after a tense standoff between Canadian police and demonstrators since Friday when a court order and threats of arrest failed to end the blockade of the bridge, which entered its sixth day on Sunday.

Police stepped up their presence with more than 50 vehicles, including cruisers, buses and an armored car on Sunday, as the number of protesters dropped to about 45 from roughly 100 on Saturday.

U.S. President Joe Biden had asked Canadian Prime Minister Justin Trudeau to use federal powers to end the blockade of the bridge, North America’s busiest land border crossing. Since Monday, protesters in trucks, cars and vans have blocked traffic in both directions, choking the supply chain for Detroit’s automakers.

The bridge carries about $360 million a day in two-way cargoes – 25 percent of the value of all U.S.-Canada goods trade.

Click here for Automotive News coverage of the 2022 Border Protest.

The estimated loss so far from the blockades to the auto industry alone could be as high as $850 million, based on IHS Markit’s data, which puts the 2021 daily flow in vehicles and parts at $141.1 million a day.

“It’s our hope that it will be open today,” Windsor City Mayor Drew Dilkens told CBC News on Sunday, when asked about the reopening of the Ambassador Bridge. “Police are finishing off some activity that they are dealing with…we are also working on plan to sustain control of this roadway moving forward,” he added.

The “Freedom Convoy” protests started in the national capital Ottawa by Canadian truckers opposing a vaccinate-or-quarantine mandate for cross-border drivers, entered its 17th day on Sunday. But it has now morphed into a rallying point against broader COVID-19 curbs, carbon tax and other issues, with people joining in cars, pick-up trucks and farm vehicles.