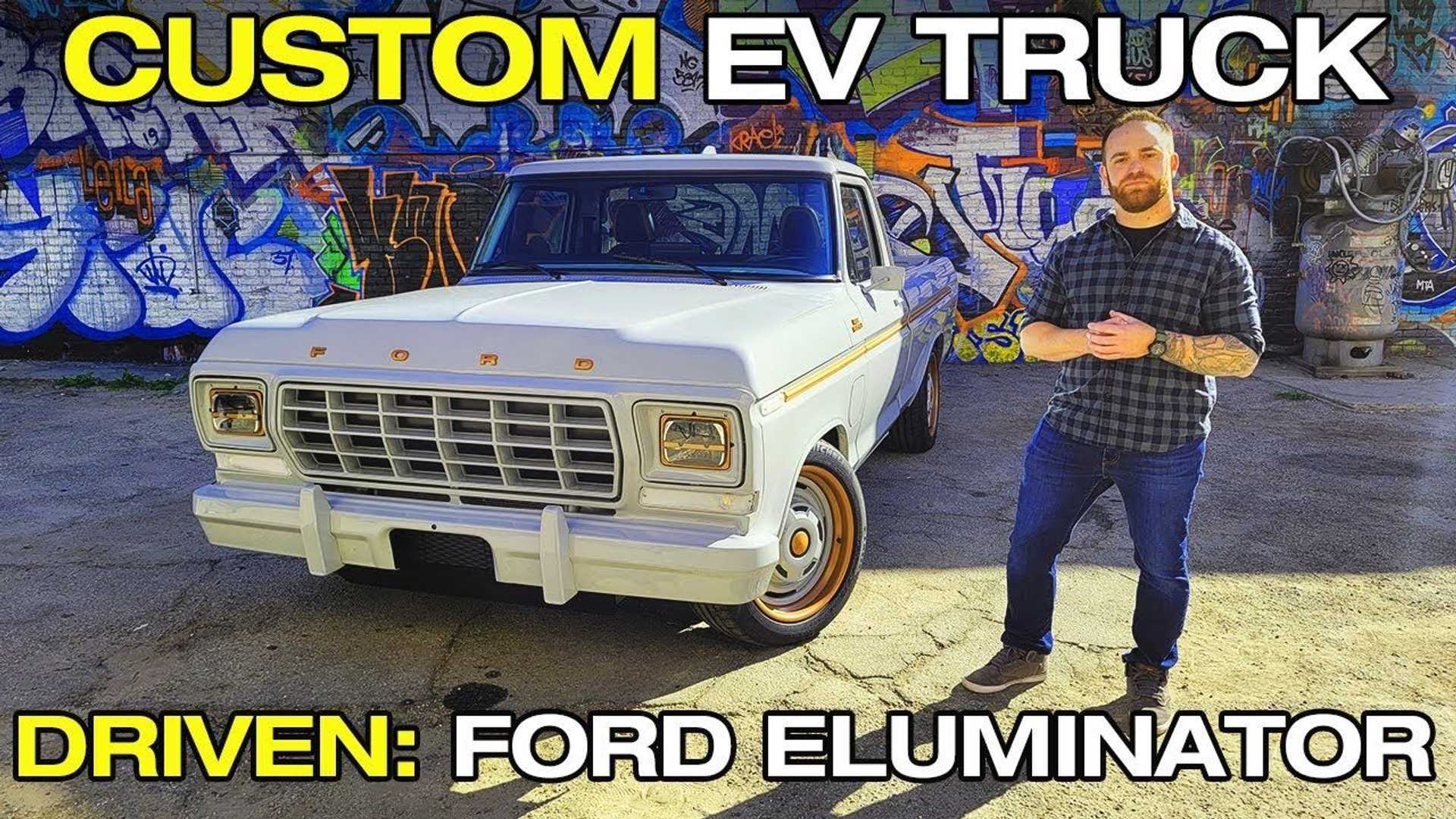 Ford’s new $4,000 Eluminator electric crate motor has proven successful, selling out in the first week. It was popular even though Ford Performance, the arm of the company that sells the motor, doesn’t also offer a battery, so this has to be sourced separately for now.

You therefore can’t create something like Ford’s poster vehicle for the new crate motor, the 1978 F-100 Eluminator EV conversion. It not only has the battery pack out of a Mustang Mach-E GT, but much of its interior too. The classic truck body sits on a custom sports car chassis and runs a pair of electric motors that together make 480 horsepower and 634 pound-feet of torque.

Edmunds was given privileged access to drive the very expensive one-off show vehicle (which is fully function and extremely quick) and it puts the idea of converting and modernizing an older vehicle in a very positive light. You don’t have to put these motors in an old pickup that you’ve had reengineered into a sports car, but this study shows one path that could be taken.

The interior is a mix of old and new parts, including the massive 15.5-inch central display, as well as the digital gauge cluster, steering wheel, transmission controls and seats. Ford has managed to integrate everything quite well and the vehicle seems like it was the result of a cohesive idea that was executed right.

There aren few off-the-shelf complete conversion solutions right now, though, and most still rely on Tesla battery packs. If Ford manages to offer a complete kit that takes some of the fuss out of EV conversions, that could become really popular.