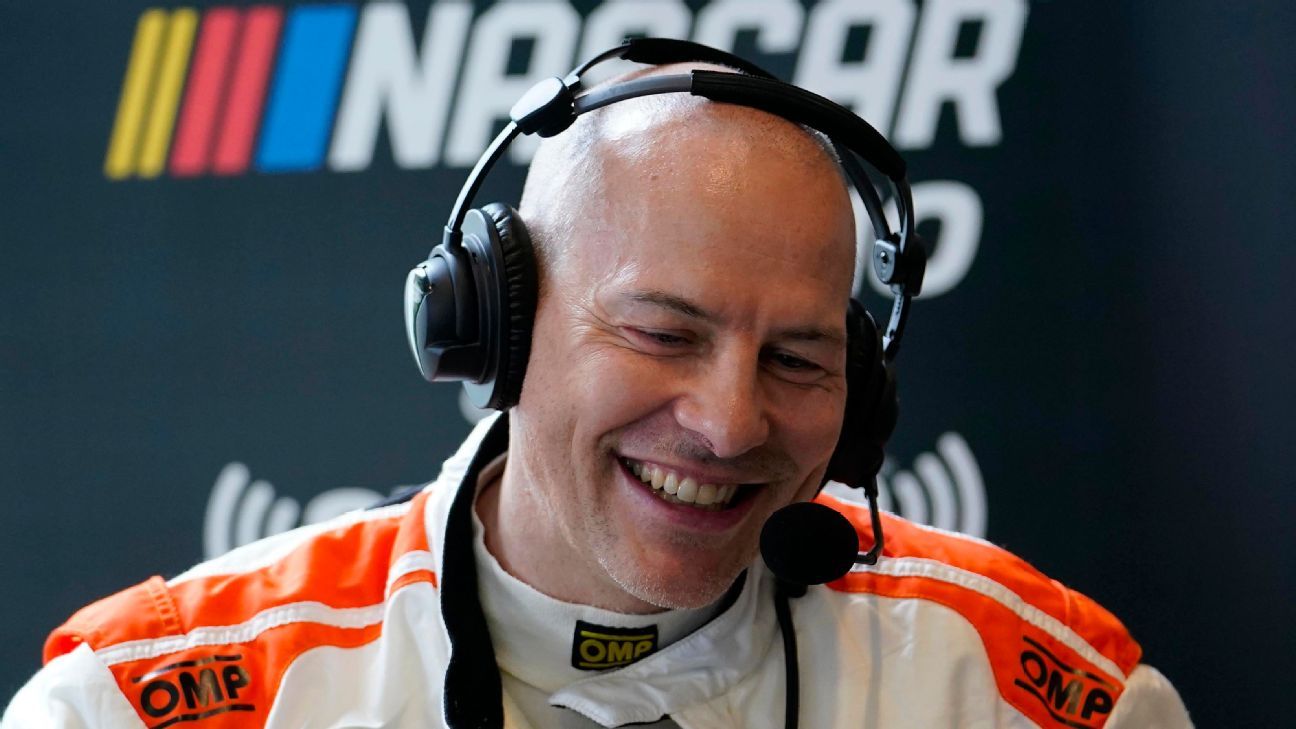 DAYTONA BEACH, Fla. — Jacques Villeneuve qualified for his first Daytona 500 then jogged down pit road anxiously searching for his team and a celebration.

The 50-year-old former Formula One champion and Indianapolis 500 winner found his partner and lifted her in the air, then he hugged his crew members. His Ford had needed three tries to pass NASCAR inspection and just hours before Wednesday night’s time trials, Villeneuve had written off his chances in the first round of qualifying.

“I really thought we could not get in on time, so this is the biggest surprise,” Villeneuve said as qualifying continued around him. “I was convinced we didn’t have (the speed). I wasn’t stressed because I didn’t think we’d get in anyway.”

The Canadian wasn’t fast enough to earn a front row starting spot, which are technically the only two positions for the season-opening Daytona 500 available via time trials. Reigning Cup champion Kyle Larson earned the pole and will lead Hendrick Motorsports teammate Alex Bowman to the green Sunday.

Bowman will start on the front row for the fifth time in his career. It was the seventh pole in the last eight Daytona 500s for Hendrick Motorsports.

But everyone knew the Hendrick cars were going to lock down the front row in time trials; Hendrick had the three fastest cars and four of the fastest five.

The only intrigue was which two “open teams” would lock into Sunday’s 40-car field in time trials. There are four spots in the field earmarked for teams that don’t own a charter that guarantees entry every week, but two were awarded Wednesday night.

Villeneuve was in one of the six cars vying for those one of the spots and locked himself into his first Daytona 500 by beating the other five open teams. Noah Gragson, who was born a year after Villeneuve won his 1997 F1 title, earned the second spot.

Villeneuve just last week explained why a 50-year-old world champion would show up at Daytona with a brand new team. He admitted that failing to make the race could damage his legacy, but Villeneuve said the risk was worth it because he ranks the Daytona 500 alongside the Indy 500 and 24 Hours of Le Mans as the three biggest races in the world.

But after earning a spot in the Daytona 500 — Villeneuve missed the race 14 years ago in his only other attempt to run “The Great American Race” — he didn’t particularly think he’d done anything special.

“When you win Indy and F1 and you get here and don’t make it, it’s either great or bad, there’s no middle line,” Villeneuve. “But thanks a lot to the new car, to the Next Gen, because that’s allowed the team to come in and build a car and that was a big thing.”

NASCAR this year has introduced a new car, the Next Gen, that is in part designed to open an affordable entry into the sport. Team Hezeberg used the car to expand its organization and, in a collaborative effort between former sports car driver Toine Hezemans, Dutch businessman Ernst Berg and Reaume Brothers Racing, eyed a partial Cup schedule this season.

Loris Hezemans, son of the team owner, has been announced as the primary driver but the 24-year-old is not approved to race at Daytona. So Villeneuve, who races alongside Hezemans in Europe, pulled his two oldest children out of school in Switzerland and brought them to Florida with his partner, Giulia, and their newborn three-week-old son.

“My eldest saw my race only once, or maybe twice in rally cross,” Villeneuve said of his 15-year-old. “Something big like this? Never.”