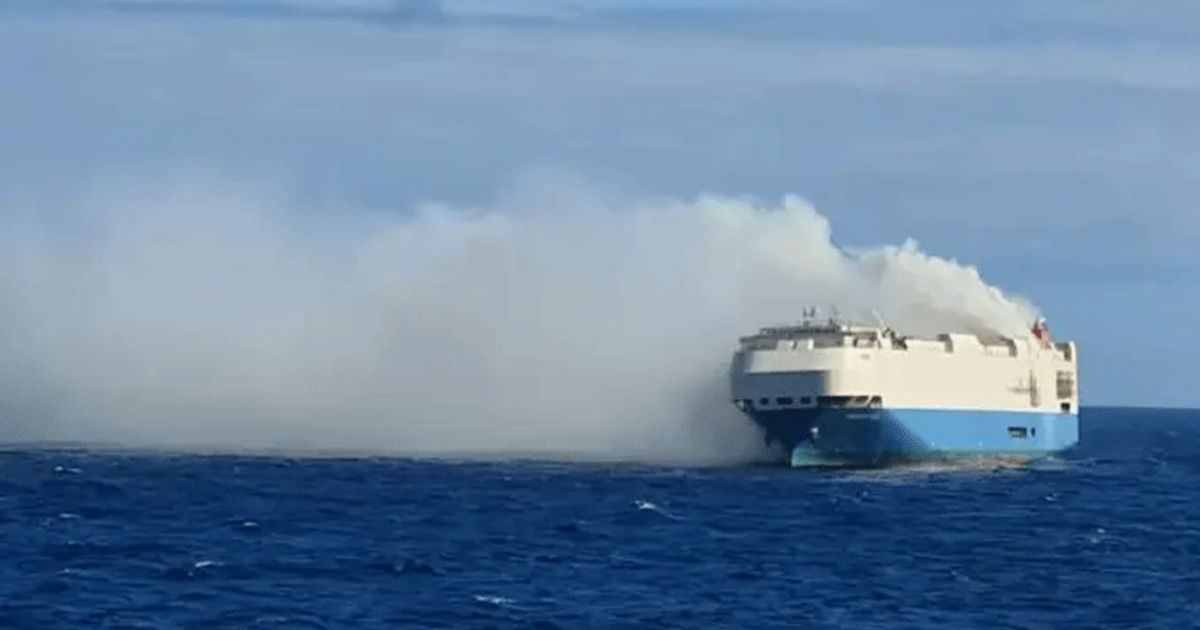 A huge auto transport ship that regularly delivers Porsches, Audis, Bentleys, Volkswagens from Europe to the U.S. is on fire and adrift in the Atlantic.

According to an internal Volkswagen Group email obtained by Bloomberg, 3,965 U.S.-bound vehicles are aboard. About 1,100 Porches and 189 new Bentleys, several U.S.-based spokespeople for group brands confirmed to Automotive News.

The ship is more than a thousand miles off the coast of Portugal, and its crew of 22 has been safely evacuated by other vessels, including the Portuguese navy.

The boat departed the German port of Emden on Feb. 10, and was scheduled to arrive in Davisville, R.I., on Feb. 23, according to a posting on Marinetraffic.com. More than 100 of the vehicles on board were headed for Port of Houston in Texas.

The 650-foot-long, 106-foot-wide car hauler was built in 2005 and sails under a Panamanian flag, according to the site.

A spokesman for Volkswagen Group of America said the company is “aware of an incident involving a third-party cargo ship transporting Volkswagen Group vehicles across the Atlantic. The vessel was on its way to North America. At this time, we are not aware of any injuries. We are in contact with the shipping company to get more information about the incident.”

In an emailed statement, Porsche said: “While it remains too early to confirm what occurred and next steps, we are – along with our colleagues at Porsche AG – supporting our customers and our dealers as best we can to find solutions. Anyone concerned by this incident and the implications on the car they’ve ordered should contact their Porsche dealer.”

The incident could have long-reaching effects on already depleted inventories for VW Group brands in the U.S. With the exception of the Q5, Audi makes most of its U.S.-bound vehicles in Europe.

Lamborghini also would have vehicles on the ship, as does the Volkswagen brand — although VW’s impact would be limited to Golf R and GTI Arteon, and ID4s. TheDrive.com reported on the fire Wednesday, as did the Associated Press.

It’s not the first time VW Group has lost merchandise at sea. When the Grande America caught fire and sank in 2019, over 2,000 luxury cars, including Audi and Porsche, sank with it.