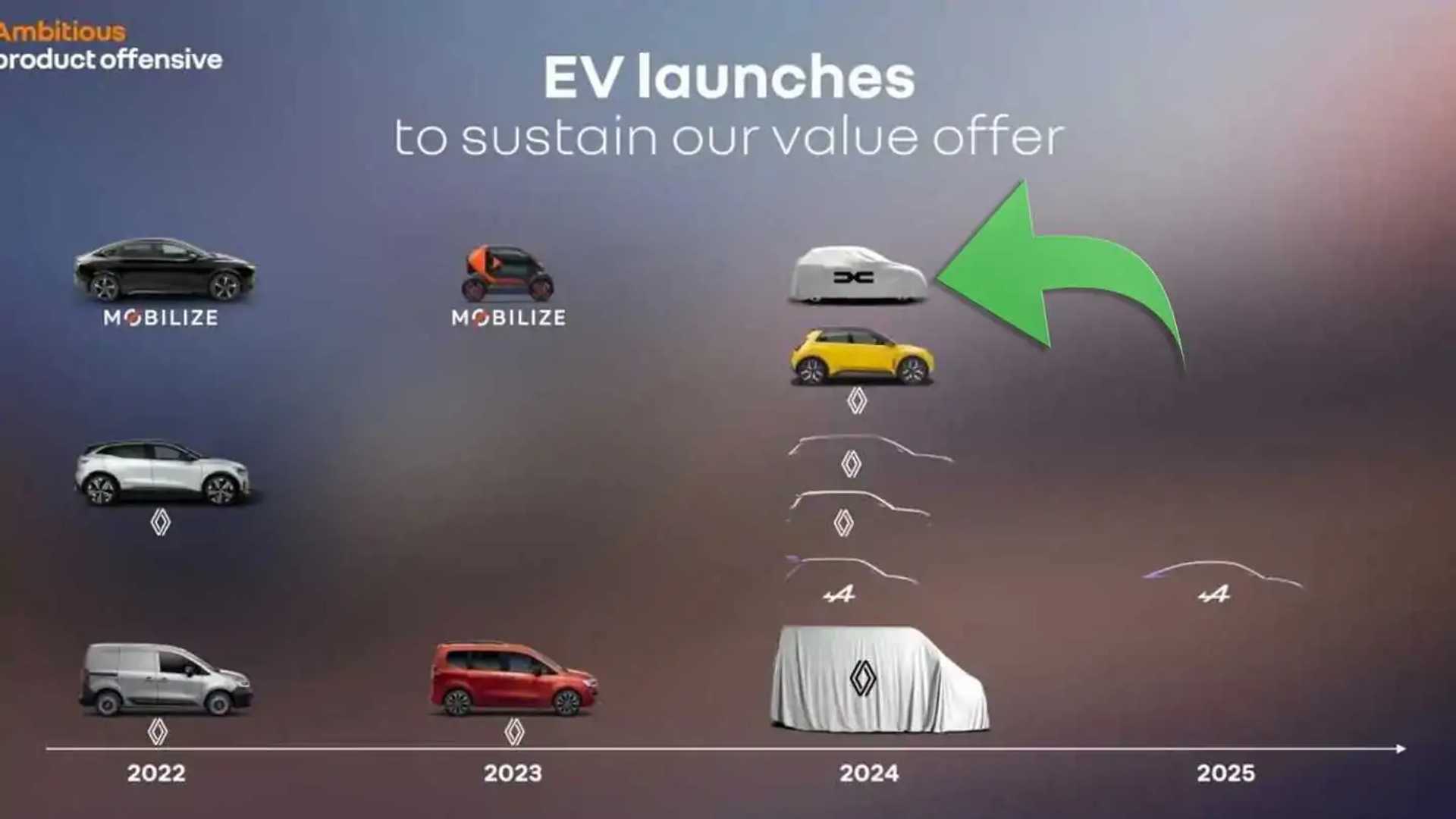 Dacia decided that it was not worth developing its own electric vehicle since it was able to strike a deal with parent company Renault to sell a version of the Renault City K-ZE. And in spite of its Chinese and Indian market roots, the Dacia Spring is proving surprisingly popular in Europe (46,000 orders so far) where it is the cheapest EV that is actually a real car, not a quadricycle.

Now during Renault’s yesterday financial results conference, company CEO Luca de Meo confirmed that a new Spring is in the works and that it will debut in 2024. It won’t be related to the Renault 4 and Renault 5 models (built on the CMF-B platform), but it will be its own model (built upon CMF-A), not another rebadged Chinese import.

The Spring will likely stay the same size for its next generation, although it will probably grow in width – the current model is kei car-sized, especially when it comes to shoulder room inside. Even on Renault’s EV launches chart that it showed during the conference, the Spring looks visibly shorter than the Renault 5, but it is made to appear a bit taller.

And based on the same chart, it looks like 2024 will be an important year for Renault EVs. The French automaker will launch four Renault-badged EVs and one wearing an Alpine badge. Then, one year later, it will reveal its Alpine sports sedan, probably its answer to something like a Tesla Model 3.

We drove the current Dacia Spring last year and while it really is not remarkable in any way, the fact that it’s a proper EV that with incentives you can get for under €10,000 has made it very appealing to buyers – in Romania alone, the first batch of 4,000 units sold out on the first day.