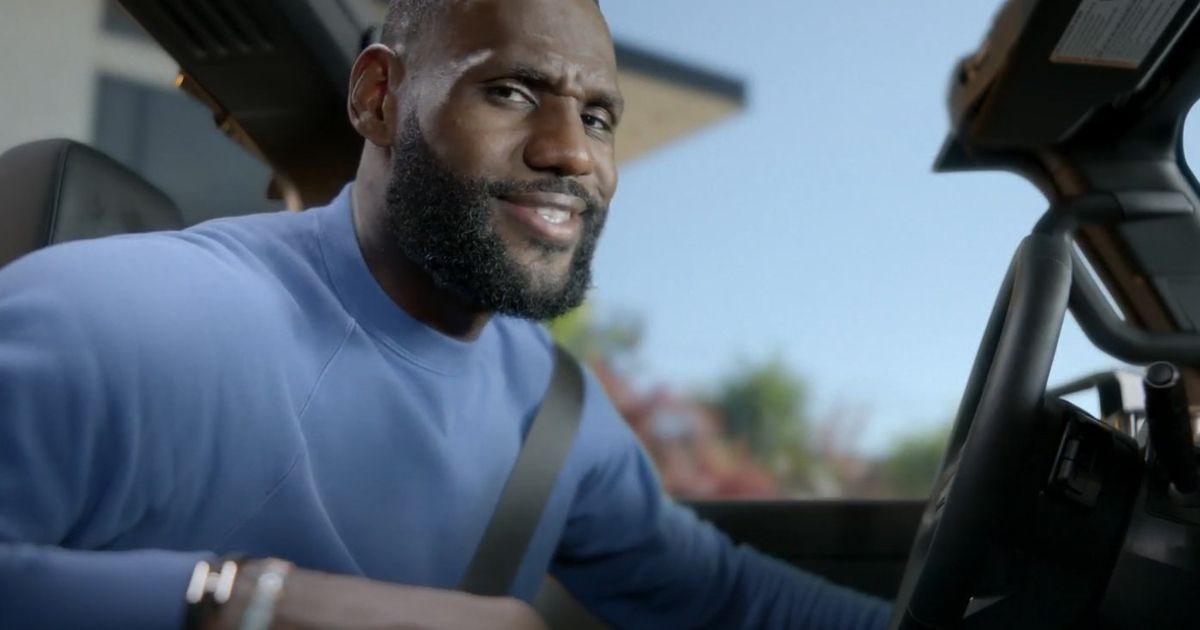 LeBron James — who first starred in an ad for the electric Hummer in a 2020 Super Bowl ad — is backing the brand again with an ad debuting during Sunday’s NBA All-Star Game. But this time he is sharing the stage with dozens of crabs.

The spot from Leo Burnett Detroit begins by showing the ocean critters leaving the beach for the city as Missy Elliott’s “Get Ur Freak On” plays. After seeing some unfortunate crab and shrimp relatives being served for lunch at a cafe, and then riding on a pool raft, the crabs come to rest in a driveway where James is behind the wheel of a GMC Hummer EV Edition 1 pickup.

The ad promotes the General Motors-owned brand’s “CrabWalk” feature that allows all four wheels to turn at the same angle, allowing the vehicle to move diagonally like a crab.

The vehicle recently went on sale for about $112,000. GMC is also producing an electric Hummer SUV and is touting the models together as “the world’s first all-electric supertrucks.”

But the electric pickup market is about to get really competitive, with Ford last year revealing the F-150 Lightning (an EV version of the nation’s top-selling pickup) and Stellantis-owned Ram planning an electric version. GM’s Chevrolet brand is also coming out with the Silverado EV in 2023 that it promoted with a Super Bowl ad remaking the opening scene of HBO’s “The Sopranos.”

The Hummer EV ad comes as James prepared to play in the All-Star game in his hometown of Cleveland. He has been as busy off the court of late as on it, taking a starring role in several new ads, including for his Lobos 1707 tequila and in a Super Bowl ad for Crypto.com. He also appeared in Frito-Lay’s “Own Your Ridges” campaign for Ruffles in December.

The crab ad is somewhat reminiscent of a 2007 Super Bowl ad for Budweiser that showed a cast of crustaceans stealing a cooler of beer.