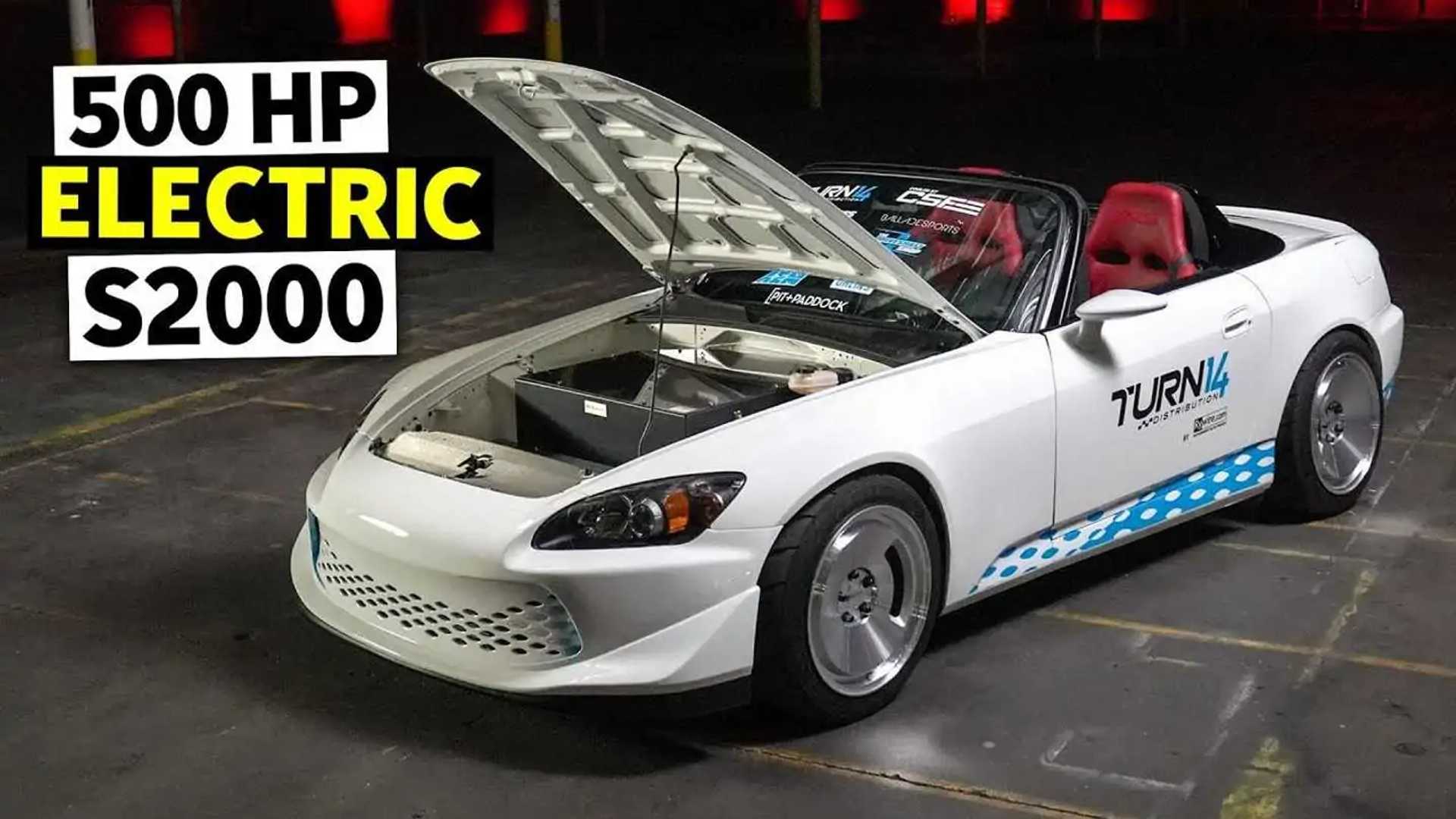 Used prices for the Honda S2000 have slowly been climbing, with people increasingly looking for unmodified, unmolested examples, hinting at the fact that this screaming sports car has already become a modern classic. However, fans of the model should not be upset at the sight of this EV-swapped example, because it was done really well and the resulting vehicle is not monstrously quick, but quite a tasteful conversion.

The vehicle featured in this video by Hoonigan was created by Rywire Motorsport Electrinics and they really did quite a lot to make this conversion work, even visually. The car has a custom front bumper that seems inspired by the design you may have seen on VW ID EVs, the wheels are also custom-designed and -fabricated with aero in mind.

It also comes with special adjustable suspension from Swedish specialists Öhlins that really helps keep the extra weight under control, especially since the vehicle has roughly twice the power it originally had. One Tesla drive unit is used in this build, dialled to 500 horsepower and drawing from two Chevrolet Volt battery packs.

Together they total 32 kWh, which according to Ryan its builder, is enough for around 120 miles (almost 200 km) on one charge. But probably the biggest achievement is integrating everything and making it all one seamless, cohesive driving experience. Will it still anger some S2000 purists? Definitely, but they won’t be able to knock it for being poorly thought out or executed, because it just isn’t.

Let us know what your thoughts on the S2000 are (have you ever driven one?) and tell us if you think this is a fitting conversion or another S2000 ruined by too many modifications.