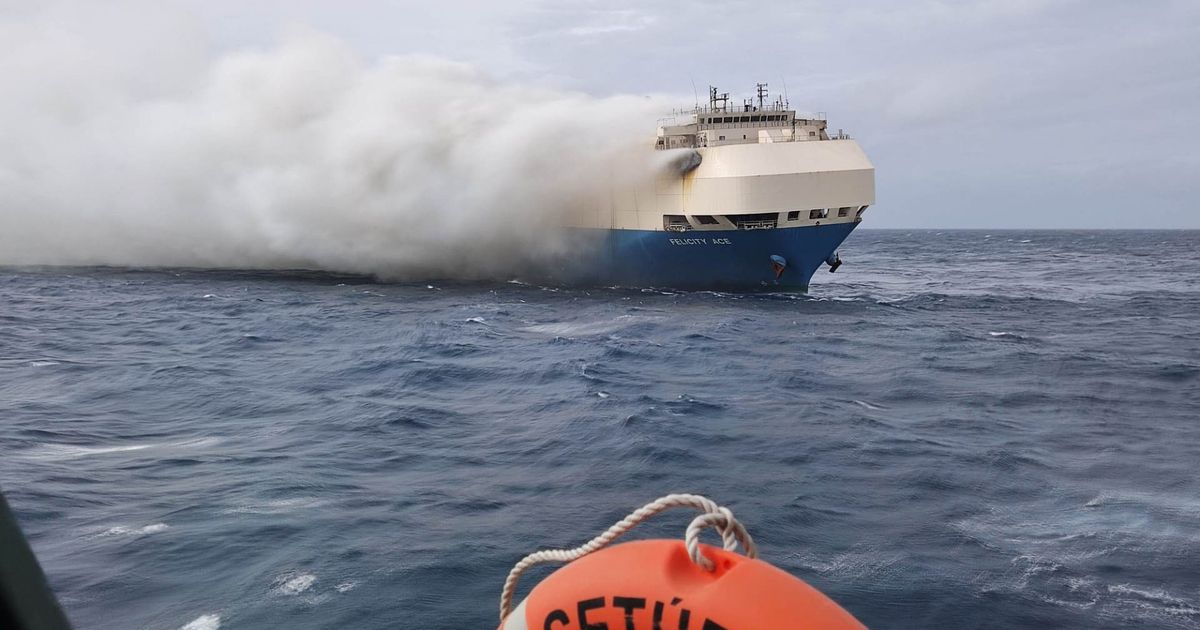 The cargo ship that caught fire last week carrying about 4,000 Volkswagen Group vehicles could cost the automaker at least $155 million, according to one consultant’s estimate.

Of the roughly $438 million total value of goods aboard the Felicity Ace, which went up in flames off the coast of Portugal’s Azores Islands, Russell Group said Monday it estimates there are $401 million worth of cars.

VW, Porsche, Audi, Bentley and Lamborghini models were on the vessel.

A VW spokesperson declined to comment on the matter Monday.

Mitsui OSK Lines Ltd, the operator of Felicity Ace, said on its website that two large tugs with firefighting equipment were expected to arrive Monday morning local time to start spraying water together with an initial salvage team that was on board already to cool down the ship.

No oil leakage has been confirmed and the vessel remains stable, the transport company said.

Russell Group is modeling the total value of vehicles on board, so its loss projections assume all vehicles are lost, according to a spokesman.

The consultant estimates auto companies other than VW may have lost about $246 million worth of vehicles.

U.S. economist Patrick Anderson last week first estimated the initial loss could be $255 million, but by Friday bumped his calculation up to $282 million.

“These amounts do not include the downstream loss at dealers,” Anderson said in a report. “It also doesn’t include any salvage, environmental, or other costs, nor the ship itself, nor any lost wages of the crew or costs to the Portuguese that rescued them.”

Felicity Ace is roughly the size of three football fields. It was on its way to a port in Davisville, Rhode Island, from Germany’s Port of Emden until the fire broke out on Feb. 16.