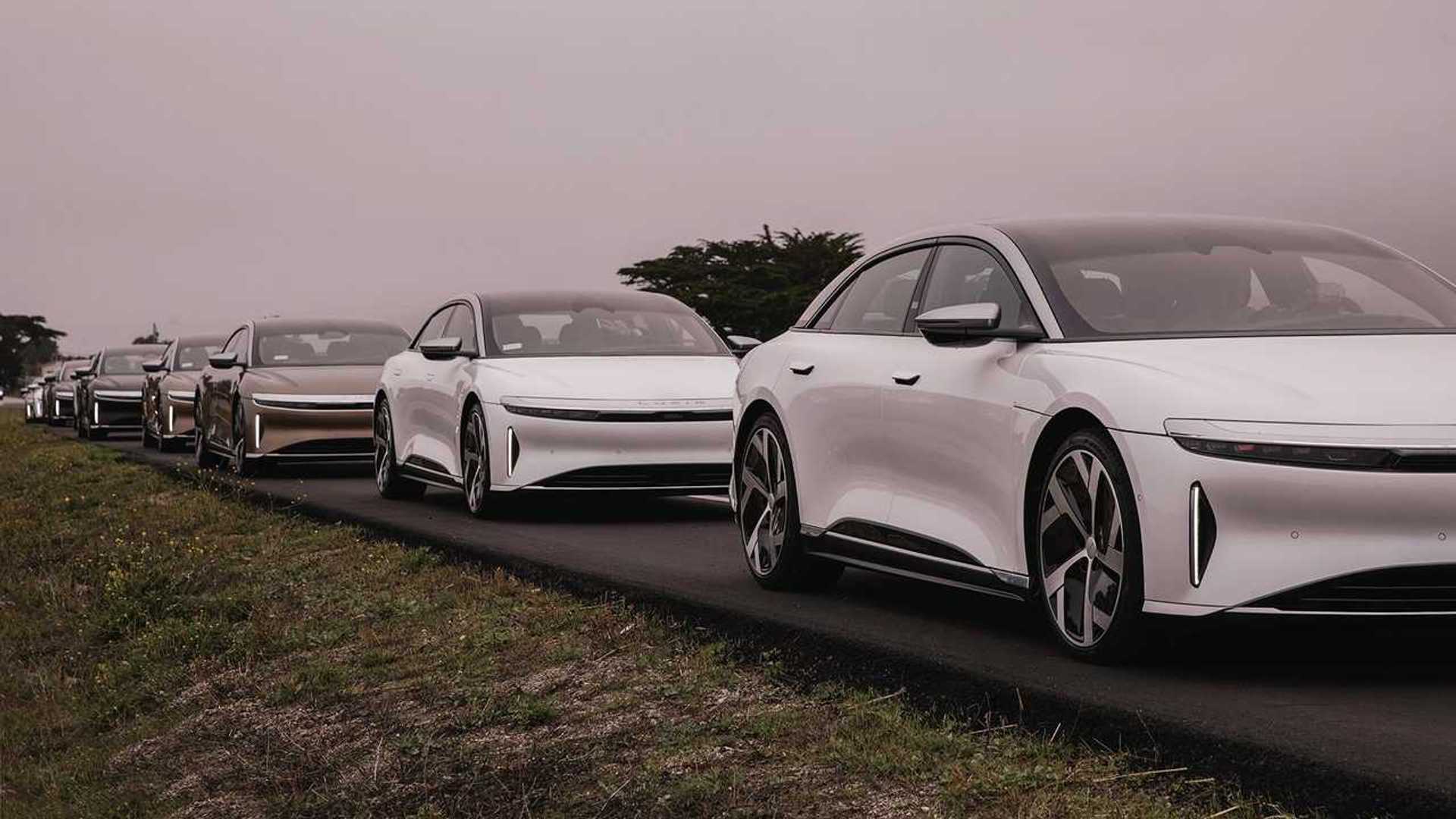 In an emailed notice sent to owners of affected vehicles, Lucid informed them there’s a chance the front strut dampers were manufactured improperly by the part supplier. More specifically, they have the snap ring, which is located directly below the coil spring seat, installed in the wrong orientation.

“This condition may result in a sudden loss of ground clearance, vehicle vibration and front brake line damage, increasing the risk of a crash.”

While the defect could increase the likelihood of a collision, Lucid says it has received no reports of any strut damper failures in any of its Air electric luxury sedans.

To fix the issue, Lucid Group said it will inspect both front strut dampers on impacted vehicles at its Lucid Studios, Lucid Service Centers or Lucid Customer Care locations. The affected parts will be replaced if necessary at no extra cost to customers.

The inspection will take approximately one hour; if one or both front struts need to be replaced, the entire process could take up to four hours. The recall number is 22V090, but it is not yet available on the NHTSA website.

That said, the action appears to be a precautionary recall, as the EV startup estimates that only 1% of the 203 vehicles that form part of the recall are actually impacted by this issue. The recall population is roughly 40% of the Lucid Air Dream Edition’s production run of 520 vehicles.

The company started building the $169,000 launch edition version of its first-ever production vehicle in September 2021 at its plant in Casa Grande, Arizona. Lucid Air deliveries started on October 30, 2021, but the exact number of cars shipped to customers is not yet available.

Still, seeing as the company is recalling 203 vehicles, it’s safe to assume at least those are already in customer hands.

Lucid Group shares (LCID) fell by almost 5% after the voluntary recall was announced. The company is scheduled to report its fourth-quarter 2021 results after the market close on February 28.