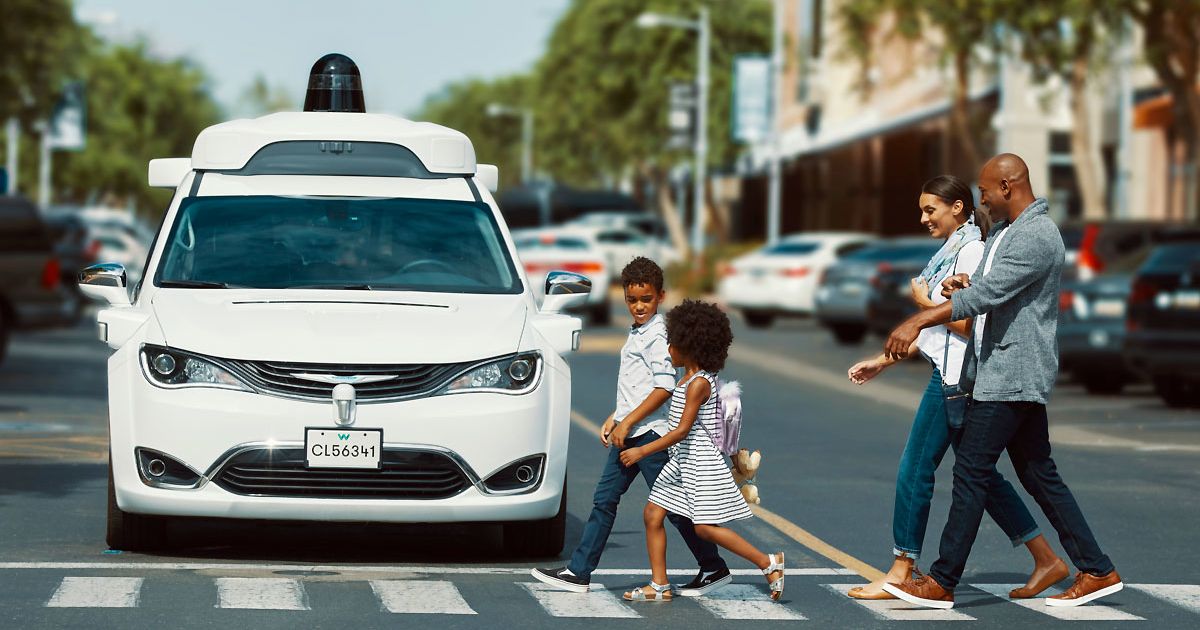 CHANDLER, Ariz. — There are assumptions about why Waymo chose this sprawling Phoenix suburb as the location to launch the world’s first commercial robotaxi service more than three years ago.

Those are sensible criteria for a fledgling proving ground of self-driving technology. But they can be misleading, and they belie the complexity involved in progress toward Waymo’s ultimate goal — building the world’s most versatile driver.

“Say you want to make an unprotected left turn across three lanes of traffic,” says Chris Ludwick, program manager at Waymo, describing a typical Chandler intersection. “You’re going across a 45-mph road where cars routinely drive 60 or 65 mph. If you make a mistake, it’s potentially significant.”

By that measure, the slow-moving speeds in a city such as San Francisco, where Waymo has driven 2.7 million miles and established a second operational beachhead, make for a simpler place to deploy autonomous vehicles. Which, of course, ignores other factors such as heavier pedestrian traffic, arduous hills and dense fog.

Rather than overhaul its self-driving system for an endless string of distinctive characteristics found in various locations, Waymo has sought to develop a core stack of technology that can be adapted to handle both a variety of geographies and vehicle platforms.

It’s an ambitious and interconnected scope that differs from Waymo’s competitors, which either test in a single area where they intend to launch operations or focus on launching a single vehicle platform in different markets.

Whether Waymo, still the only company that has deployed robotaxis without human backups open to the public in the U.S., has positioned itself to lead the industry or spread itself too thin is arguably the most important business-related question in the self-driving industry.

“Like anything else in engineering, there’s a trade-off,” said Sam Abuelsamid, principal analyst at consulting firm Guidehouse Insights. “Do you focus on a specific problem or make a generalized solution? The latter will take longer to do it well. But if you succeed, you have something that can be applied and scale more quickly.”

It has indeed taken longer, and it has not yet scaled.

In terms of commercial service, Waymo has not yet branched beyond a 50-square-mile area that encompasses Chandler and a small slice of neighboring Tempe. That has become a matter of consternation for transportation experts and business analysts who once foresaw widespread deployment of autonomous vehicles by the early 2020s.

Amid broad industry headwinds, even the most bullish have revised their forecasts.

“While we are big believers in the transformational opportunity of AVs long term, we believe this business model will take many years (if not decades) to mature into a viable business at scale,” Morgan Stanley analyst Adam Jonas wrote in a research note issued last week. “We urge investors to dial back expectations of autonomous car/robotaxi commercialization at scale over the next five years at least.”

Waymo, which Jonas once valued at $175 billion, has not been immune to the challenges. Last May, a ride went awry while a passenger, Joel Johnson, filmed the vehicle’s erratic behavior. In December, a Waymo vehicle, albeit under manual control, struck and injured a pedestrian. More recently, the company sued the California Department of Motor Vehicles in a bid to withhold certain information from its autonomous-testing permit from the public. (The case is ongoing.)

Now, robotaxi competitors may be closing in on Waymo’s front-runner status.

Companies such as AutoX, WeRide and Baidu have all started commercial robotaxi service in China. Closer to home, General Motors-backed Cruise in January started enrolling certain customers in anticipation of imminent driverless commercial service in a section of San Francisco, but only during certain hours. Zoox is testing in the city as well, setting up the prospect of a cutthroat three-way battle for technological advantage and customers.

“Overall, it’s probably pretty comparable between Waymo and Cruise,” Abuelsamid said. “Certainly, Waymo has more experience on the customer side of this because of how many rides they’ve given, but in terms of the performance of their system, I don’t know they’re necessarily ahead of any others in that leading pack.”

Waymo believes customer experience sets it apart, not just in terms of business, but also with its self-driving technology now in its fifth generation.

While Waymo would not divulge specific numbers regarding its metro Phoenix operations, a spokesperson said the company has expanded its customer base from 400 riders who participated in a pre-commercial program that began in 2017 to “thousands” of paying customers today.

Waymo has conducted more than 150,000 fully autonomous rides since launching that “early rider” program, and driven “hundreds of thousands” of miles with paying customers and no human safety drivers aboard during 24/7 operations, according to figures provided by the company.

Learnings from those operations are not confined to robotaxis; they’re intertwined with Waymo’s efforts to develop self-driving trucks for long-haul routes.

“When we started investing more in trucking, a big part was that we think these things are complementary,” said Ludwick, who has been with Waymo and its pre-commercial predecessor since 2012. “We believe the underlying systems can be shared, that you are actually solving two complementary parts of the problem. … One shared stack accelerates both programs.”

About 85 percent of the behavior-prediction data used to train trucks is derived from the passenger vehicles, according to Waymo. But sharing of information between the vehicle platforms can be more than a one-way street.

Waymo believes self-driving trucks will evolve gradually and in first applications, the trucks will drive autonomously only on highways. They’ll stop at transfer stations where human drivers can take control and drive to warehouses.

But eventually, automated trucks will do that last-mile driving, too, and robotaxis can provide them with insights from surface-street operations. In return, self-driving trucks can share learnings from highway operations.

“When you think about freeways, you need to solve that for ride-hailing,” said Shai Ben Nun, until recently a program manager for Waymo Via, the company’s trucking and delivery division. “That has really paved the way.”

There’s been crossover in some obvious areas such as developing long-range sensing capability, and in some not-so-obvious areas: As Waymo prepared its robotaxis to handle hills in San Francisco, it borrowed what it learned about climbing steep grades from self-driving truck testing conducted throughout the Southwest.

It’s a perfect example of what Ludwick describes as “unlocking capabilities” vs. thinking in terms of specific geographies or vehicle platforms.

“The goal is to be as surgical as possible, with small tweaks here and there,” he said. “That’s the philosophy that lets you move as fast as possible for the whole program.”

Not everyone agrees with that philosophy. Most companies in the self-driving truck space concentrate on trucking applications and do not believe a self-driving system can be used for such varied platforms as Class 8 trucks and minivans.

“We have robotaxi players that have taken the driver out, and in theory, you should be able to do that pretty easily on the trucking side if you are pushing the story that it’s transferable,” said Cheng Lu, CEO of self-driving truck company TuSimple. “I think that could be a pretty easy litmus test.”

While Waymo is developing cars and trucks concurrently, it did not begin its trucking efforts in earnest until 2017, and the company says it intends to continue its concentration on robotaxis for now. There is not yet a timetable for Waymo deploying trucks in commercial operation with no human backups aboard.

Aurora, a competitor working on both trucks and minivans, intends to concentrate on trucks first and launch commercial service in late 2023.

For now, Waymo is working with partners such as UPS Inc., J.B. Hunt and C.H. Robinson to prepare for self-driving operations.

“There are parts of the job that are hard to automate,” said Ben Nun, who this month moved to a position with Google parent Alphabet. “Getting into the yard. Maneuvering in the yard. Getting the bill of lading. Those things are not simple to do.”

Other companies, such as Outrider, have specialized in automating those truck-yard operations and see a business predicated on that specific use case.

Waymo foresees a whole greater than the sum of such parts.

Without putting a timeline on developments, the company believes it is building a critical mass of those parts through its trucking efforts in Phoenix and Dallas, robotaxi testing in Chandler and San Francisco, and weather-dependent testing in New York City.

But Waymo’s most important capability might not be in the millions of real-world miles it’s driven or in the wide scope of its efforts. It’s understanding exactly how arduous it is to launch and operate a commercial service that involves no human driver.

“Until you solve it, you really don’t understand how far or close you are to it,” Ben Nun said. “You can talk with a lot of companies that tell you they’re amazing — and I’m sure they’re talented and everything — but until you solve that problem, you don’t know how far away from it you are.”