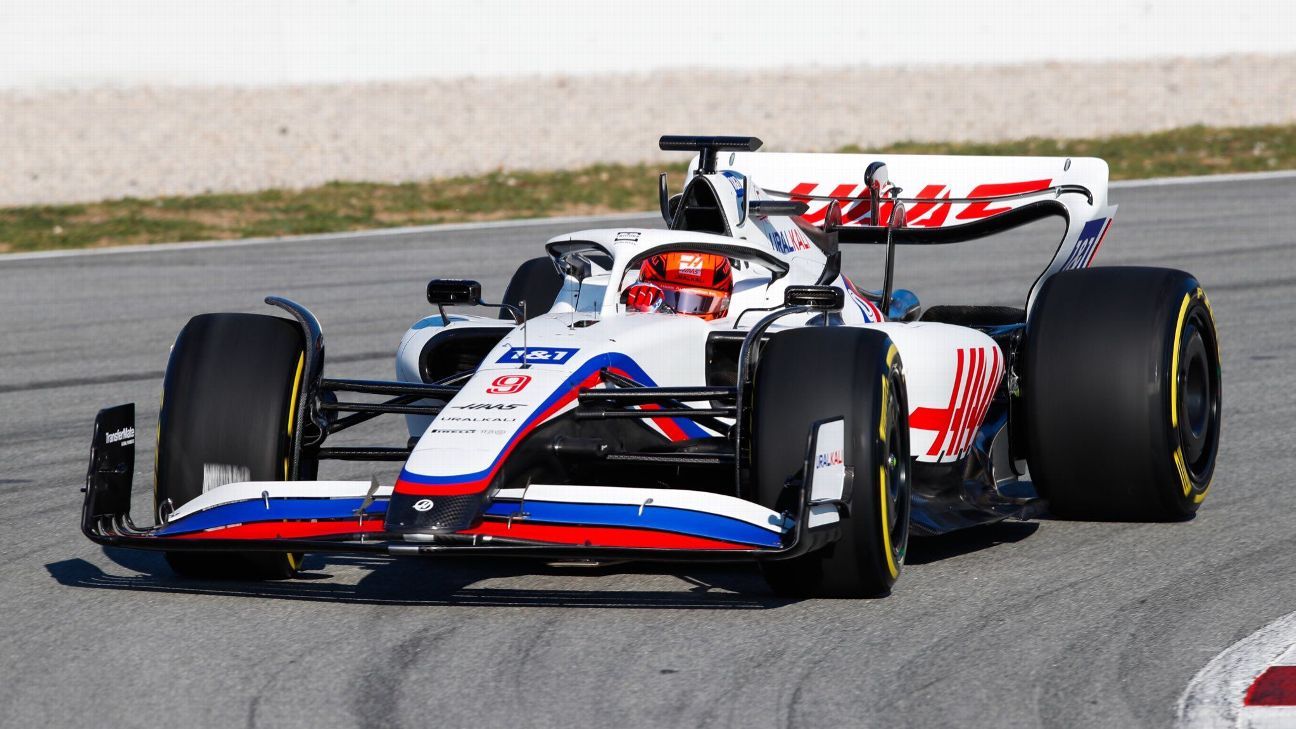 BARCELONA, Spain – Haas will run a plain white car, minus any of its Uralkali branding or Russian flag colours, for the final day of F1 testing on Friday.

Russia’s military launched a long-feared invasion of Ukraine early Thursday, attacking its ex-Soviet neighbour from multiple directions despite warnings of dire consequences from the international community. Thursday’s attacks followed weeks of escalating tensions in the region.

Haas’ title sponsor is owned by Dimtry Mazepin, who has close links to Vladimir Putin. Putin ally Sergei Chemezov has been chairman of the company since 2014.

Haas had the Uralkali name and logo across its cars and team kit and adopted the company’s red, white and blue Russian flag colours as its own. That car, which resembles a Russian flag from multiple angles, was driving around Barcelona’s Circuit de Catalunya unchanged on Thursday as it took part in F1 preseason testing.

That will not be the case on Friday, as the team has confirmed it will run a completely plain car.

Dimtry Mazepin’s son Nikita drives for the team as part of the Uralkali deal and he will be in the car on Friday morning as planned.

The team did not confirm whether the plain livery will continue into the second test in Bahrain, taking place between March 10-12, or the Bahrain Grand Prix of March 20.

The team said there would be no further comment made regarding the deal itself.

Haas’ statement on Thursday evening was the first time it had talked publicly about its title partner situation.

In the same round of press conferences, four-time world champion Sebastian Vettel said he will boycott the Russian Grand Prix if it goes ahead in September.

F1 boss Stefano Domenicali is talking to the 10 team bosses on Thursday evening to discuss the status of the race.