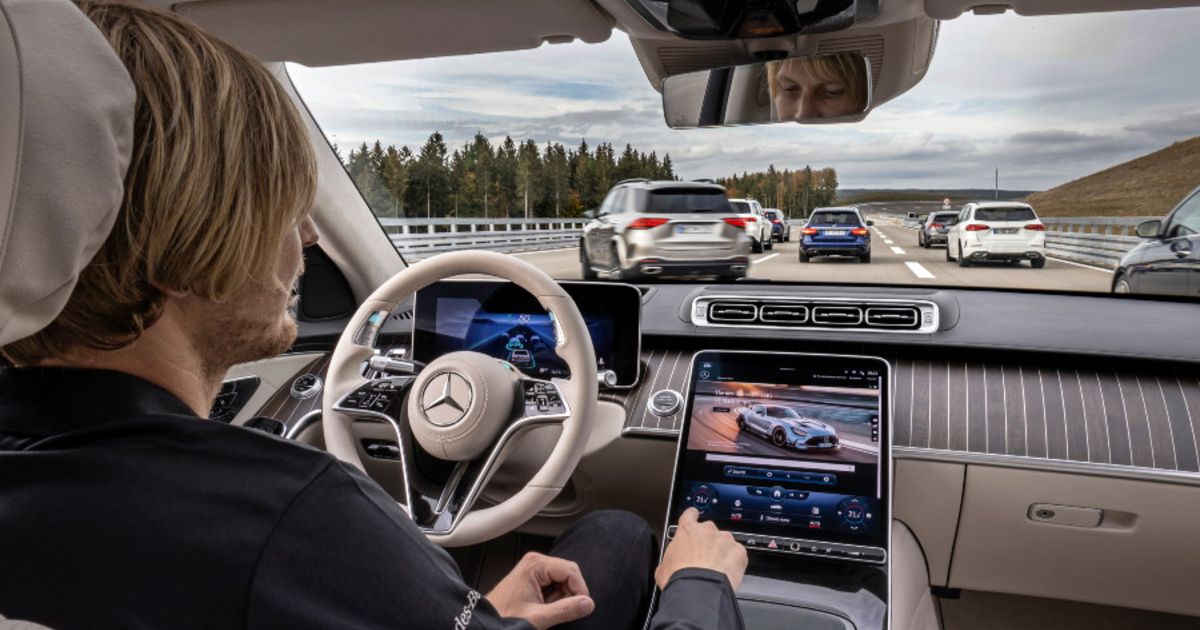 Mercedes-Benz hopes to introduce Level 3 autonomous driving in the U.S. this year, CEO Ola Kallenius said, after winning certification in Germany for the technology last year.

“It’s our objective to roll out this technology this year,” Kallenius told reporters on Thursday during Mercedes’ 2021 results call.

Mercedes has been conducting tests in the U.S. and talking to the authorities there, he said, without offering specifics other than to say he hoped the technology could be offered on a wide scale rather than piecemeal.

Mercedes was the first automaker to receive clearance from Germany’s car watchdog for its Level 3 driving system, which it calls Drive Pilot, last December, based on technical requirements laid out in United Nations regulations.

Drive Pilot can operate at 60 kph (37 mph) or below, on certain German highways — what Kallenius described as heavy-traffic or traffic jam situations.

Drivers can take their hands off the wheel and engage in “certain secondary activities” such as watching movies, sending e-mails or communicating with colleagues, Mercedes says.

Mercedes plans to offer the S-Class with Drive Pilot to customers in Germany in the first half of 2022, and the same feature will be available on the EQS full-electric sedan, Kallenius said.

The automaker has also been in discussions with the authorities in China about introducing the system there, he said.

Level 3 autonomous driving, as defined by SAE International, means that the driver can hand over control to the vehicle, but must be ready to take over when prompted.

It is seen as a key threshold in the race to develop fully self-driving cars, because it raises crucial questions about whether the driver or the automaker has liability in the event of an accident.

A number of automakes have shied away from using the term or said they will go straight to higher levels of automation in which the car is fully in control.

As such, SAE Levels 0,1 and 2 are classified as “driver support systems,” while Levels 3-5 are considered “automated driving systems.”

Other automakers are seeking to win certification for Level 3 systems. Honda took an early lead in March 2021 when it launched the Legend Hybrid EX in Japan equipped with the top-shelf Honda Sensing Elite suite of driver-assist technologies.

Audi was one of the first to build in the capability, on its A8 sedan in 2017, but in 2020 abandoned efforts to activate it in Europe and the U.S.

BMW reportedly hopes to launch Level 3 features on the 7 Series sedan this year. Stellantis said in December that it will introduce Level 3 technology — developed in partnership with BMW — on its cars by 2024.

Volvo Cars this year plans to start testing its Ride Pilot system, which it describes as “unsupervised autonomous driving” in California, where it would debut ahead of other markets.

Ride Pilot will be available as an add-on subscription on the automaker’s coming full-electric flagship SUV that will go into production later this year at Volvo’s U.S. factory near Charleston, South Carolina.

Chief Product Officer Henrik Green says Volvo has purposely avoided using the SAE level designations because they can cause confusion.

Ride Pilot will initially only be operational on highways and Volvo envisions it reducing the mental strain of driving in heavy traffic. When the system is engaged Volvo says it takes over responsibility for the driving.

Kallenius said Thursday that Mercedes was also working on improving its Level 2 driver-assist systems. “You will see much more sophisticated Level 2-Plus systems,” he said. “We are working on functionality that goes way beyond what we have on the road today. To you as a driver, that will feel like Level 4 — so a car that drives autonomously.”