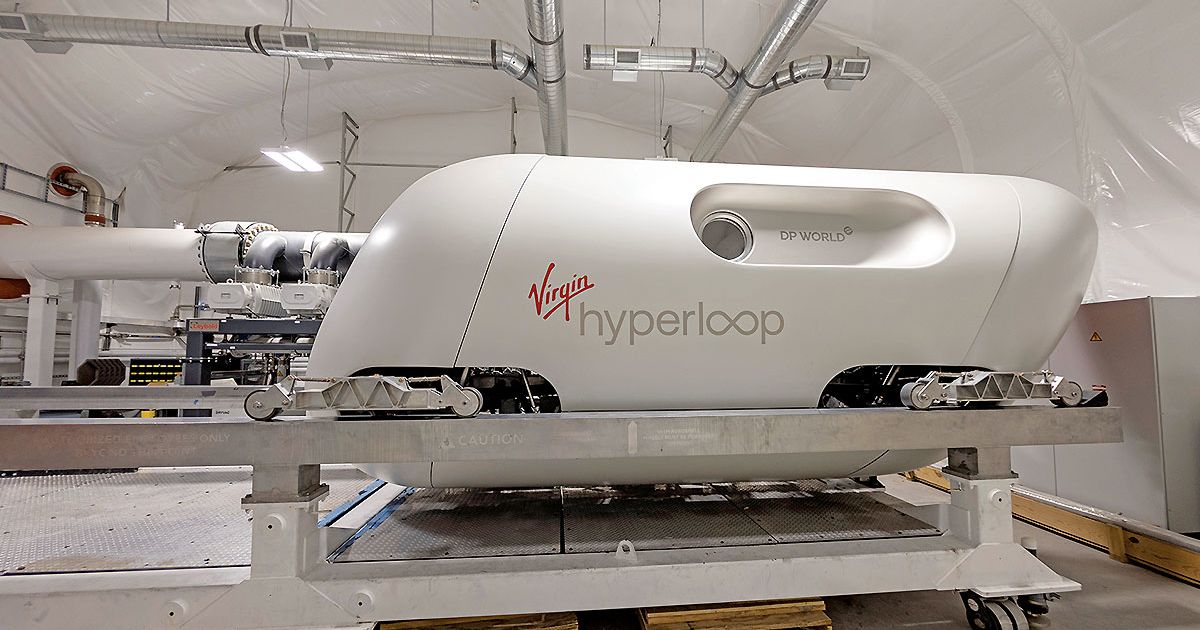 Virgin Hyperloop’s yearslong goal of transporting people via vacuum-sealed tubes at speeds of up to 670 mph is on hold.

The California company, founded in 2014 and backed by billionaire Richard Branson, will shift its focus to transporting cargo instead, according to multiple media reports. Virgin Hyperloop laid off 111 employees, or about half of its work force, this month as part of that move, according to the Financial Times, which first reported the news.

The shift in focus represents a setback in the development of hyperloop transportation systems, an idea popularized by Tesla CEO Elon Musk in 2013. The basic idea is to transport people, placed in pods, at high speeds across long distances via vacuum-sealed tubes and high-powered magnets.

While Virgin Hyperloop made significant progress in recent years, including a successful first test of human travel in 2020, it also hit many snags, lost key talent and struggled to meet ambitious deadlines. The company set a target of having working hyperloops by 2020, though none are in use today.

Carla Bailo, CEO of the Center for Automotive Research in Ann Arbor, Mich., said a focus on transporting goods rather than people will allow the company to more quickly develop and roll out its technology.

“They first need to perfect it using cargo,” she said. “And it’s a great time to do it with the issues that we’re having in the supply chain and getting things done overground.”

Transporting cargo instead of people has its advantages, she said. A hyperloop system would be subject to fewer regulatory approvals, and the logistics of picking up and dropping off cargo at the tube would presumably be easier to design than figuring out what a hyperloop station for mass transit would look like, she said.

Still, the technology faces many hurdles regardless of what it’s used for, she said. Utilities buried near roadways in urban centers make it difficult to get the necessary space to build them, she said. They currently need to be built in nearly straight lines, and building out a system at scale would require billions of dollars.

“I wouldn’t expect to see this until the mid-2030s, and that’s going to be in small doses, so to speak,” Bailo said. She said she expected initial hyperloop cargo systems to be up to about 20 miles long at most, and concentrated in “highly congested areas” where other forms of transit are needed.

Requests for comment from Virgin Hyperloop and DP World, a government-owned, Dubai-based logistics provider that has a majority stake in the company, were not returned as of press time.

Virgin Hyperloop, which has received more than $400 million in funding, told the Financial Times that its change in direction was the result of “global supply chain issues and all the changes due to COVID.”

The company reportedly said the related job cuts would allow it to “respond in a more agile and nimble way and in a more cost-efficient manner” than before.

DP World told the Financial Times that Virgin Hyperloop is in discussions with 15 customers on a cargo-transporting version of the technology. DP World said it could have such a system set up in roughly four years and reinvest profits made from the cargo version into a passenger version later in the decade.

“It’s abundantly clear that potential customers are interested in cargo, while passenger is somewhat farther away,” DP World said, according to the Financial Times. “Focusing on pallets is easier to do — there is less risk for passengers and less of a regulatory process.”

The company was founded as Hyperloop One before Branson’s Virgin Group invested in it in 2017. Virgin Hyperloop is continuing to seek more long-term investors and is considering a merger with a special purpose acquisition company, the FT reported, citing two people briefed on the company’s strategy.