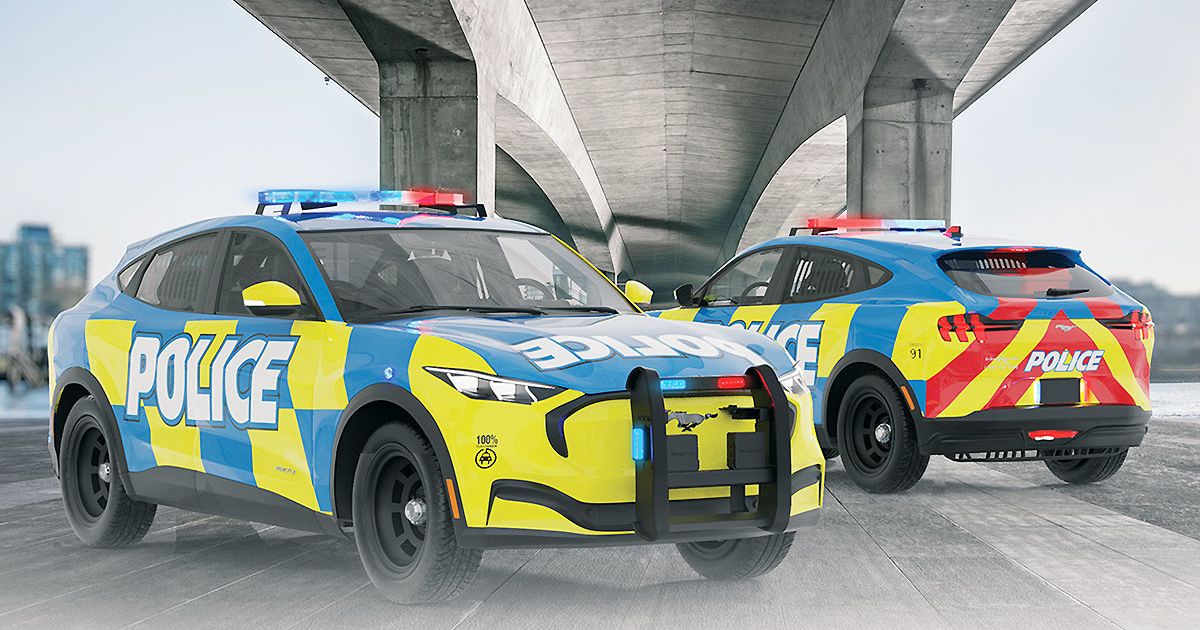 Not long after the police department in the town of Nitro, W.Va., added a Tesla Model 3 to its fleet of 22 patrol cars last summer, the cruiser was involved in a 20-minute pursuit that reached speeds over 100 mph.

The pursuit, in which officers were assisting another department, ended near Charleston, about 17 miles east of Nitro city limits. “It was good for testing purposes. There wasn’t anything dramatically different about it,” said Patrolman Matthew Haynes, who drove the Model 3.

“It operated like you’d expect [of a police interceptor]. It stayed with the other vehicles in the pursuit. I used more range than I typically would have in that amount of time. But it wasn’t at the point where at the end of the procedure I was worried about needing to charge. I got back to the city, and I had plenty of range to finish my shift,” Haynes said.

Bargersville, Ind., a suburb of Indianapolis, has five Teslas in its police fleet; two more are on order.

“The last pursuit I was in, the car [a Tesla Model 3] handled very well. We were chasing down [a Ford] F-250,” Jeremy Roll, a Bargersville police officer, told Automotive News. “The pursuit lasted about 20 minutes. We did just fine. We didn’t have any issues with the car.”

Small-town police departments, such as those in Nitro and Bargersville, are among the first law enforcement agencies to add electric police cars to their patrol fleets. Bargersville is 17.9 square miles, while Nitro is about 8 square miles. One charge usually provides enough range for a day’s patrolling in both municipalities. Officers in both cities typically work 12-hour shifts and drive between 60 and 150 miles.

The promise of lower gasoline bills, reduced maintenance costs and shrinking CO2 emissions has law enforcement agencies around the country taking a hard look at electric vehicles — not just for monitoring parking meters, administrative use or other light-duty work — but for full-on patrol duty, says Greg Ebel, marketing manager for Ford Motor Co.’s police vehicles. Ford last year sold more police vehicles than any other automaker and controls more than half of the market most years.

“We’re seeing the industry starting to shift. There are so many benefits, the huge savings in maintenance costs, the [lower] cost of a kilowatt-hour compared to fuel. The interest is there,” Ebel said.

In December, Ford scored what may be the industry’s largest order for law enforcement EVs. New York City purchased 184 Mustang Mach-E crossovers in an $11 million deal. Some of those vehicles will see law enforcement use by police officers and sheriff’s deputies. The city is also finalizing plans to add 250 Teslas to its police fleet in the next five years.

Although estimates vary, there are 250,000 to 300,000 law enforcement vehicles in use in the United States by police departments, highway patrols, sheriff’s offices and federal agencies. The market for new police vehicles per year is a profitable niche for General Motors, Ford and Stellantis, which sell a combined total of around 60,000 units per year, according to one automaker’s internal data.

In small towns such as Nitro and Bargersville, it’s easy to see the impact an electric police car can have on a municipal budget.

Bargersville spends about $35,000 to buy each police Dodge Durango, $550 per month on fuel, plus $65 per vehicle every 3,000 miles for an oil change. The city paid $41,000 for each Tesla and spends between $35 and $50 for electricity and maybe around $35 per month for wiper blades and other minor upkeep, said Roll. Bargersville generally keeps police vehicles for six years and the estimated fuel savings of around $6,000 per year will nearly pay for the cars by the time their duty on the force is done.

New York City’s police department has 6,200 vehicles in its fleet.

The cost to upfit a vehicle for police duty varies by the amount of equipment in each car, the modifications needed and who does the work. Not all police cars have cages or partitions or are outfitted with the same level of electronics. Upfitting can run between $12,000 and $20,000.

Cybekar Systems, a manufacturer of emergency vehicle technology components based in Terrebonne in Quebec, is outfitting one of the first Ford Mustang Mach-E all-electric police vehicles to enter service. It belongs to the city of Repentigny’s police department, which expects to spend about the same amount upfitting the Mach-E as it does on its regular patrol vehicles.

The vehicle will be upfitted with a full police cruiser interior, emergency lights and lightbar, front push bumper, front and rear trunk storage compartments, and police technology systems connected directly to the touchscreen. The project is due for completion in spring, according to Rob St. Germaine, director of sales for the company.

In Nitro, the police Tesla has been a popular addition to the force, said Maj. J.J. Garbin. “No one’s ever stopped by when we got a new police SUV. Nobody cares, right? We have people coming by all the time wanting to see the Tesla. The kids love it.”

The Teslas in service in Nitro and Bargersville show that electric vehicles can seamlessly deliver the performance and reliability law enforcement agencies need in small geographical areas. The challenge for automakers to expand the appeal of electric police vehicles to state highway patrol agencies will sound familiar to anyone following the evolution of EVs.

“A municipality that has a charging station 3 miles away can go charge for a few minutes before the officer goes on his next call. But our department does highway patrol functions. And we have cars that put on 300-plus miles a day. We cover several counties during a shift. If there’s not charging stations that will allow us to get back to our starting point, it doesn’t make a lot of sense,” McCarthy told Automotive News.

Last fall McCarthy was one of five officers who test drove police vehicles made by Chevrolet, Dodge and Ford for the influential Michigan State Police’s “2022 Model Year Police Vehicle Evaluation.” The booklet is widely used by the nation’s law enforcement agencies. The Los Angeles Sheriff’s Department also publishes a yearly test of police vehicles, but it did not include electric vehicles in its latest report covering 2021 models.

“That’s been part of our conversation about electric vehicles,” McCarthy said of discussions Michigan State Police has had with automakers. “400 to 450 miles on the charge would be outstanding. Think about the number of troopers we have that work from home. And if they had a charging station at their residence, they could plug in when they got home, and the car would be ready for their shift the next day. 400 to 500 miles per officer per day would be a sufficient range,” he said.

Ebel said Ford’s Police Advisory Board — made up of small, medium and large law enforcement agencies — has helped Ford define what pursuit-rated electric police vehicles need in order to be viable. It isn’t just range that is a concern but also charging times, he said.

A gasoline-powered police vehicle can be refueled and back in service in less than 5 minutes.

“We’re going to do our homework. We’re going to work with our customers. We take their feedback into consideration as we move forward with product development,” says Ebel.

In Bargersville and Nitro, officers usually plug in their vehicles when they are writing reports. That keeps the vehicles ready to roll in case a call comes in that requires high speeds.

Bargersville is adding charging stations at its police headquarters as the number of Tesla patrol cars grows. Says Roll: “EVs work for our department, but they may not be good for others. The state police have a large roaming range, and the [charging] infrastructure is not quite there. You can go out three counties and you won’t run into a charging station, but you will pass about 40 gas stations.”

Bargersville has two destination chargers that can add between 30 and 44 miles of driving range per hour.

It’s unclear when the nation’s charging infrastructure will support law enforcement vehicles and when police interceptor vehicles will have 400 miles of range.

Says McCarthy: “With police work, there is nothing timed. You never know what you will be doing a minute from now. Right now, the infrastructure doesn’t support the same ability as gasoline-powered cars, where, when you are low on fuel, you can go and fuel up and continue on your mission.”