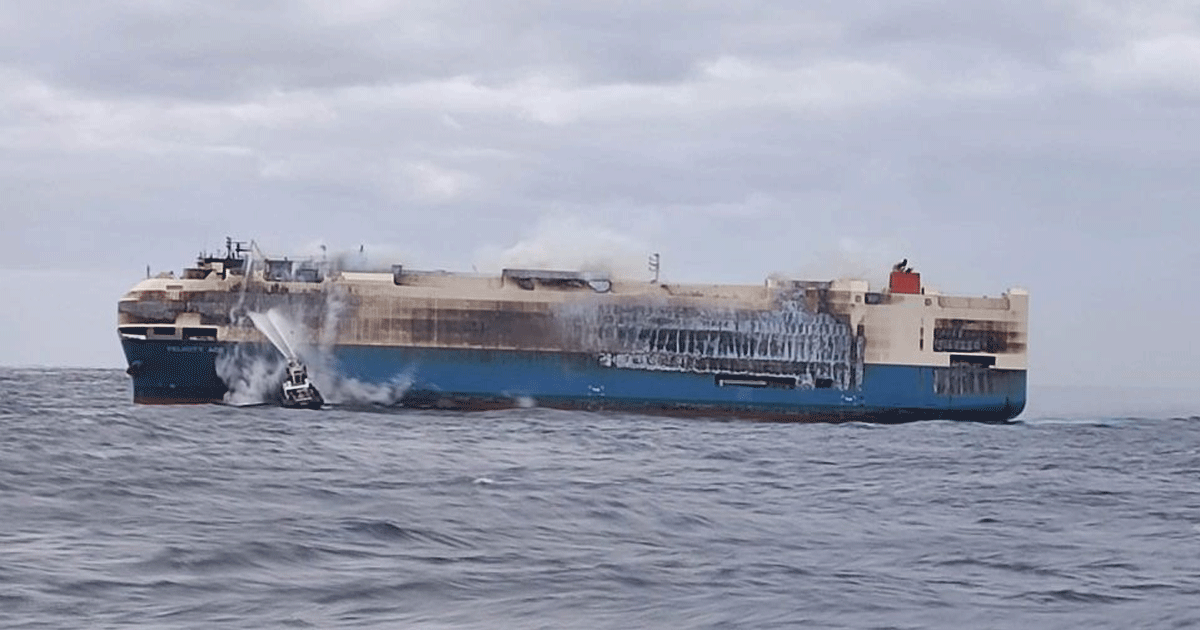 Volkswagen Group says the many of the 4,000 cars from its multiple brands aboard the Felicity Ace are a total loss because of a fire on board that forced the crew to abandon the container ship in the Atlantic Ocean last week.

“We fear that the fire on the ship has damaged a large number of the nearly 4,000 Group-brand vehicles to such an extent that they can no longer be delivered to customers,” the company said in release sent to Automotive News Europe Friday. “More detailed information is not yet available.”

The ship was carrying 3,965 vehicles from the VW, Porsche, Audi, Lamborghini and Bentley brands destined for the U.S. market.

The fire could cost VW Group $155 million, according to one consultant’s estimate

VW Group brands and dealers have already begun informing their customers to find solutions. The damage to the vehicles is covered by insurance, VW said.

The Panama-registered Felicity Ace caught fire on February 16 and was reported adrift more than 1,000 miles off the coast of Portugal. The 22 crew members on board were evacuated the same day.

Rough seas and the fire delayed the salvage operation, while heavy tugboats sprayed water to cool the vessel,

Some of the Volkswagen Group vehicles on board were electric. Their lithium-ion batteries made the fire very difficult to extinguish, port officials had said.

By February 21, the fire died down on a ship, as it ran out of things to burn. A salvage team was then able to board the vessel.

Of the roughly $438 million total value of goods aboard the Felicity Ace, Russell Group estimated there are $401 million worth of cars, Bloomberg reported this week.

“Volkswagen is very relieved that, according to reports from the ship-owning company, no people were harmed in the fire and no oil spills were observed,” the company’s statement said. “The ship-owning company currently reports that there is no more smoke visible on the ship, a salvage team has now boarded the ship and tugs are towing the ship away.”