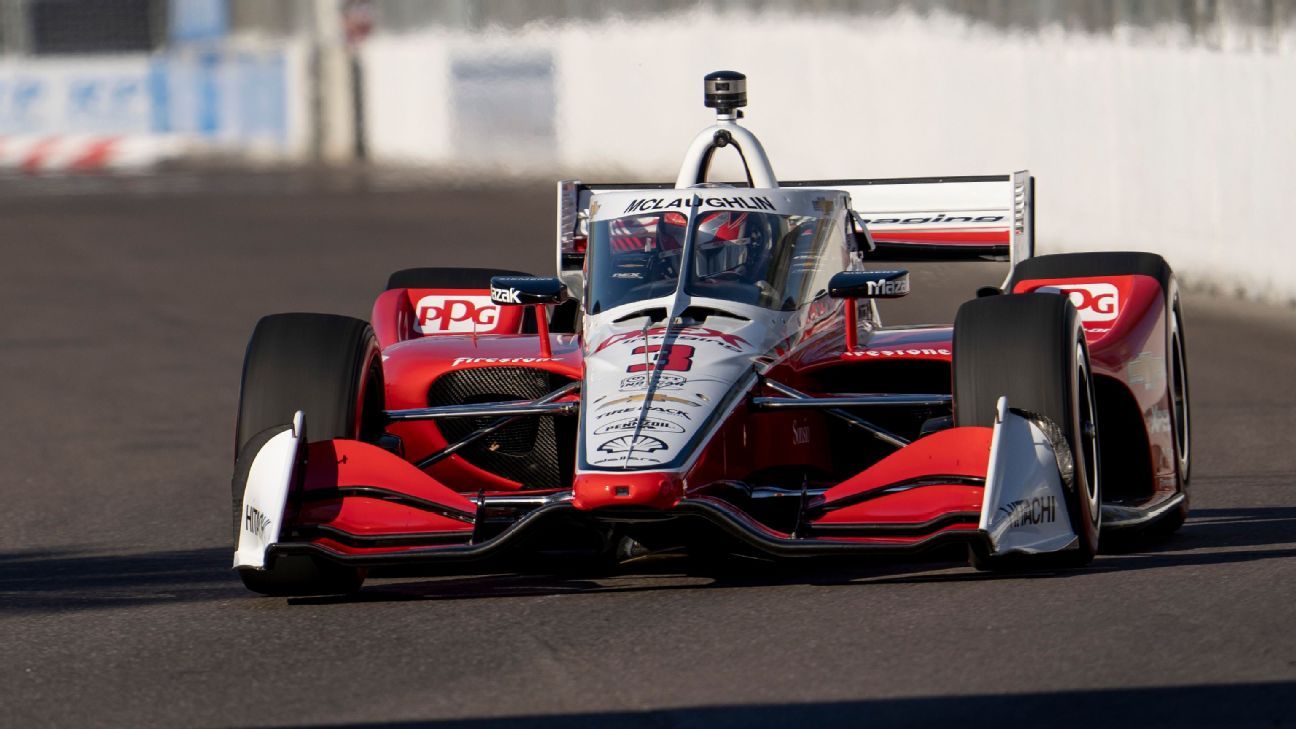 ST. PETERSBURG, Fla. — Scott McLaughlin at last showed his long move from Australia to the United States was worth the gamble, getting his first IndyCar Series win on Sunday in the season-opening race through the downtown streets of St. Petersburg.

Now the native New Zealander will have to see how far his first victory will take him: IndyCar’s season-opening winner has gone on to claim the championship the past three years.

McLaughlin, 28, the three-time Australian V8 Supercars champion, made his IndyCar debut at St. Pete in the 2020 season finale and declared the experience “Far out!” and “the best day of my life apart from my wedding,” even after a crash caused his early exit. In his third trip back, he made qualifying his priority and was rewarded with his first career pole.

He led 49 of the 100 laps but had to hold off reigning IndyCar champion Alex Palou over the closing laps to secure the victory. McLaughlin was held up by rookie Devlin DeFrancesco, the last car on the lap, on the final trip around the track, which gave Palou the chance to take one look at a pass for the lead. Palou couldn’t get close enough and McLaughlin followed DeFrancesco across the finish line for another win for Team Penske.

“I really struggled those last couple laps just to keep my head and then save the fuel and all that sort of stuff,” McLaughlin said.

McLaughlin stood atop his car in victory lane to celebrate but then tumbled off it to the ground in his excitement. He was greeted with a hug by team owner Roger Penske, who just one week ago celebrated his 85th birthday with Austin Cindric‘s win in the Daytona 500.

“Thank you to Roger Penske for trusting me and giving me the opportunity to come here. He’s the one that calmed me down last year. He said, ‘Hey, it’s a long story, not a short one,'” McLaughlin said as he sat on his car trying to catch his breath.

Then he suddenly jumped again, this time in discomfort from sitting on the hot car under a clear sky and temperatures nearing 80 degrees Fahrenheit (26 degrees Celsius) at the checkered flag.

“My butt is getting burnt. Oh, that hurt, on the exhaust,” he said. “Oh my God, I’m just — love you Australia, New Zealand, miss you guys. Thinking of everyone in the Queensland floods at the moment. But oh, I can’t believe it.”

McLaughlin then appeared to be video calling his parents back in Australia as he sat on the ground. He has not seen his family in two years because of the pandemic and has mentioned multiple times at St. Pete how desperately his misses them.

“I miss my mom and dad dearly, wish you guys were here,” he said into NBC’s live camera. “What a day, I’m out of breath.”

It’s a marked turn for Team Penske, which didn’t get an IndyCar driver into victory lane into the 10th race of last season. But the team has exploded out of the gate in 2022: Joey Logano won NASCAR’s exhibition Busch Clash in Los Angeles to open the season and Penske now has three straight victories to start the year. Cindric started from the pole later Sunday in the NASCAR race at California.

Palou finished second for Chip Ganassi Racing and Honda, and Will Power, who started alongside Penske teammate McLaughlin on the front row, was third to put a pair of Chevrolets on the podium.

Colton Herta, the defending race winner and favorite, was fourth for Andretti Autosport and followed by teammate Romain Grosjean in his debut with the team. Rinus VeeKay was sixth for Ed Carpenter Racing and Graham Rahal seventh for Rahal Letterman Lanigan.

Ganassi drivers Scott Dixon and Marcus Ericsson were eighth and ninth, and Takuma Sato completed the top-10 in his debut with Dale Coyne Racing.

IndyCar is off until its March 20 race at Texas Motor Speedway, which will be the IndyCar oval debut for Jimmie Johnson. A seven-time NASCAR champion, Johnson won seven times at Texas.