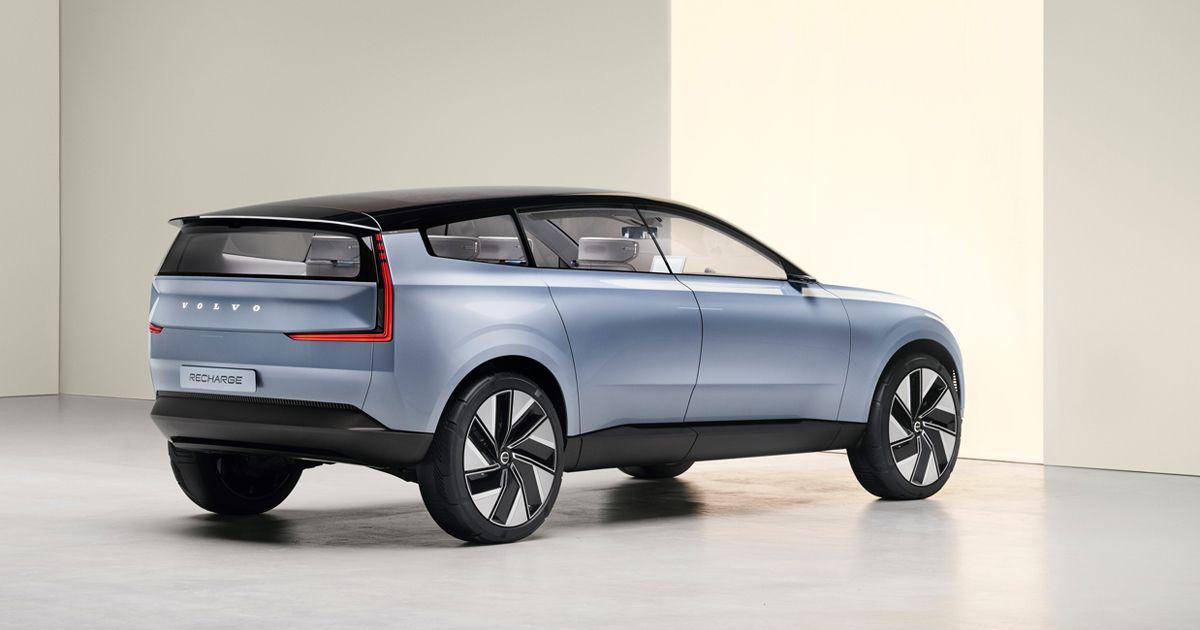 Volvo Cars unveiled an ambitious product road map at its annual dealer meeting on Wednesday as the Swedish automaker accelerates toward an all-electric future.

At the conference in Miami, attended by about 800 Volvo retailers from across the Americas, company executives laid out plans to introduce seven new and redesigned electrified models over the next few years, including five battery-electric vehicles and two plug-in hybrids.

According to people who attended the meeting who asked not to be identified, Volvo told dealers that the new metal, which will begin to arrive as early as next year, should help retailers double their store throughput to about 800 vehicles a year by 2025, dealers told Automotive News.

The five new BEVs include large and small crossovers, a sedan and two sporty wagon-like models that Volvo executives referred to as “activity vehicles,” according to the people who attended the meeting.

“Volvo is one of the most exciting manufacturers,” said a dealer. It is “nailing” the product mix with a focus on crossovers, electrification and technology, the source said.

A Volvo spokesman did not confirm the information provided to Automotive News and declined to discuss future product.

The future EVs sport a modern interpretation of Volvo’s signature Thor’s Hammer lighting design. The battery pack in the next-generation EVs will sit under the flat floor, letting designers extend the wheelbase and create more interior space. The design allows the crossovers’ hood and roofline to be lowered for enhanced aerodynamics without compromising visibility for occupants.

The first of the next-gen EVs is a full-size crossover that offers a third row and borrows styling cues from the Concept Recharge prototype. Volvo expects to sell about 20,000 of the crossover next year, dealers were told.

News of Volvo’s product offensive has begun to leak in recent weeks. One of the new vehicles, an electric crossover, internally code-named V546, is expected in 2025, Automotive News first reported in early February. That model will slot between the midsize XC60 and large XC90 crossover in size. Global production expectations for the vehicle are said to be approximately 100,000 vehicles annually, with production in the U.S. and China.

Also in the pipeline are an all-electric version of the XC60 midsize crossover and a new EV positioned below the compact XC40. That model will use the Sustainable Experience Architecture (SEA) that the Swedish automaker helped parent Zhejiang Geely Holding develop.

The SEA underpinnings will be used by other Geely-controlled brands including Polestar, Lotus, and London taxi maker LEVC.

The fleet of new EVs will trigger a ramp-up at Volvo’s U.S. plant in South Carolina, which currently builds the S60 sedan but operates at a fraction of its 150,000-vehicle annual capacity.

Volvo now has an “ambitious hiring plan” for the plant, located north of Charleston, a dealer said. “They told us they are going to be really aggressive,” he said.

“This factory will … also be the only plant in the [Volvo Cars Group] which only makes full-electric cars,” said Samuelsson, who steps down as CEO in March.

The plant will begin assembling the first of two electric crossovers late this year.

“Some of the things [Volvo is] doing with safety and autonomous driving is at the technology forefront,” a dealer said.

According to sources who attended the Miami meeting, Austin Russell, CEO of safety supplier Luminar Technologies, pitched his company’s lidar sensor technology, which uses laser light pulses to create precise images of the environment around the car. Lidar will be a key component of Volvo’s “hands-free, eyes-off” Ride Pilot driving technology that will undergo testing in California by the middle of this year.

Volvo also showed off a seat that self-adjusted for safety based on rider height, a built-in pet crate and an in-vehicle e-commerce platform, dealers said.