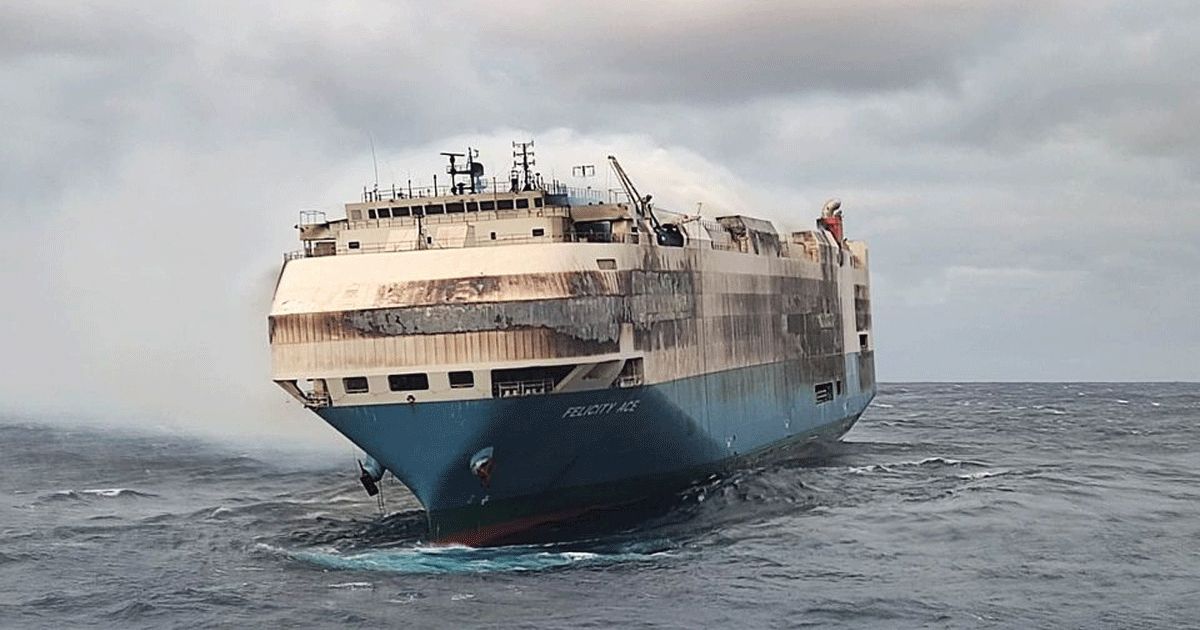 The cargo ship that caught fire in the Atlantic while transporting roughly 4,000 Volkswagen Group vehicles to the U.S. has sunk despite efforts to tow it to safety.

The Felicity Ace sank 220 nautical miles off the coast of Portugal’s Azores Islands around 9 a.m. local time on Tuesday after being battered by waves and leaning 45 degrees to its starboard side, the ship’s operator said.

“The weather was pretty rough out there,” Pat Adamson, a spokesperson for MOL Ship Management, a unit of Mitsui OSK Lines, said by phone. “And then she sank, which was a surprise.”

VW Group had VW, Porsche, Audi, Bentley and Lamborghini-branded models on the vessel, which was on its way to Rhode Island from Germany’s Emden port when the fire broke out on Feb. 16.

The blaze is believed to have lasted more than a week after the Panama-flagged ship’s crew was evacuated and it was left adrift.

Tug boats and salvage craft accompanying the vehicle are in the area to monitor the situation, Adamson said.

“There doesn’t appear to be any oil pollution yet — they are checking on that,” the spokesperson said.

Volkswagen declined to comment on Tuesday. The German carmaker had feared that large numbers of its cars on the vessel would not be salvageable, with brands and dealers notifying customers that the U.S.-bound vehicles likely wouldn’t be delivered. Damage to the cars is covered by insurance, the automaker had said last week.

In a projection assuming all vehicles would be lost, the risk-modeling company Russell Group last week estimated that the incident could cost the automaker at least $155 million. About $438 million worth of goods were aboard the ship, $401 million of which were cars.