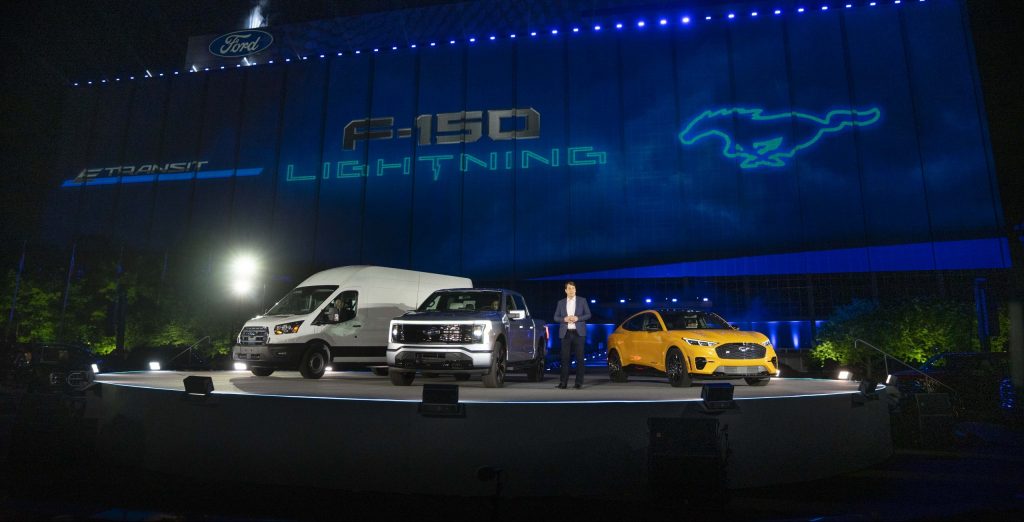 It appears that Ford was really saving its “Model e” trademark for good reason. In a recent announcement, Ford revealed that it would be reorganizing its operations to separate its electric and internal combustion engine businesses. The two divisions will be called “Ford Model e” and “Ford Blue,” respectively.

In a press release, Ford Executive Chair Bill Ford stated that the separation of the company’s electric and internal combustion business, together with the launch of a “Ford Pro” unit, is not the first time that the veteran automaker reimagined its future.

“This isn’t the first time Ford has reimagined the future and taken our own path. We have an extraordinary opportunity to lead this thrilling new era of connected and electric vehicles, give our customers the very best of Ford, and help make a real difference for the health of the planet,” Ford said.

The creation of “Ford Model e,” “Ford Blue,” and “Ford Pro” was introduced last May, when Ford CEO Jim Farley introduced the Ford+ plan. Farley noted that the initiative is the company’s biggest opportunity for growth and value creation since Henry Ford figured out how to scale the production of the Model T.

“We have made tremendous progress in a short period of time. We have launched a series of hit products globally and demand for our new EVs like F-150 Lightning and Mustang Mach-E is off the charts. But our ambition with Ford+ is to become a truly great, world-changing company again, and that requires focus.

“We are going all in, creating separate but complementary businesses that give us start-up speed and unbridled innovation in Ford Model e together with Ford Blue’s industrial know-how, volume and iconic brands like Bronco, that start-ups can only dream about,” Farley said.

Interestingly enough, the creation of the “Model e” division came following the success of small, mission-driven Ford teams that created vehicles like the Ford GT, Mustang Mach-E, and the F-150 Lightning. “Ford Model e will be Ford’s center of innovation and growth, a team of the world’s best software, electrical and automotive talent turned loose to create truly incredible electric vehicles and digital experiences for new generations of Ford customers,” Farley added.

Apart from developing the company’s electric vehicle business, the “Model e” division will also be tasked to lead the creation of “new shopping, buying and ownership experience” for future customers using simple, intuitive e-commerce platforms. Ford also made it a point to highlight that the “Model e” unit will feature vehicles with transparent pricing and personalized customer support. This should allow Ford to approach electric vehicles in a similar way as some of the electric car industry’s biggest players, such as Tesla.

Doug Field, who previously worked as Senior Vice President of Engineering for Tesla, will be leading the Ford “Model e” unit’s product creation program as Chief EV and Digital Systems Officer. He will also lead the development of software and embedded systems for all of Ford’s vehicles. Field expressed his excitement for the “Model e” division’s future in the following statement.

“Designing truly incredible electric and software-driven vehicles – with experiences customers can’t even imagine yet – requires a clean-sheet approach. We are creating an organization that benefits from all of Ford’s know-how and capabilities, but that can move with speed and unconstrained ambition to create revolutionary new products,” Field said.