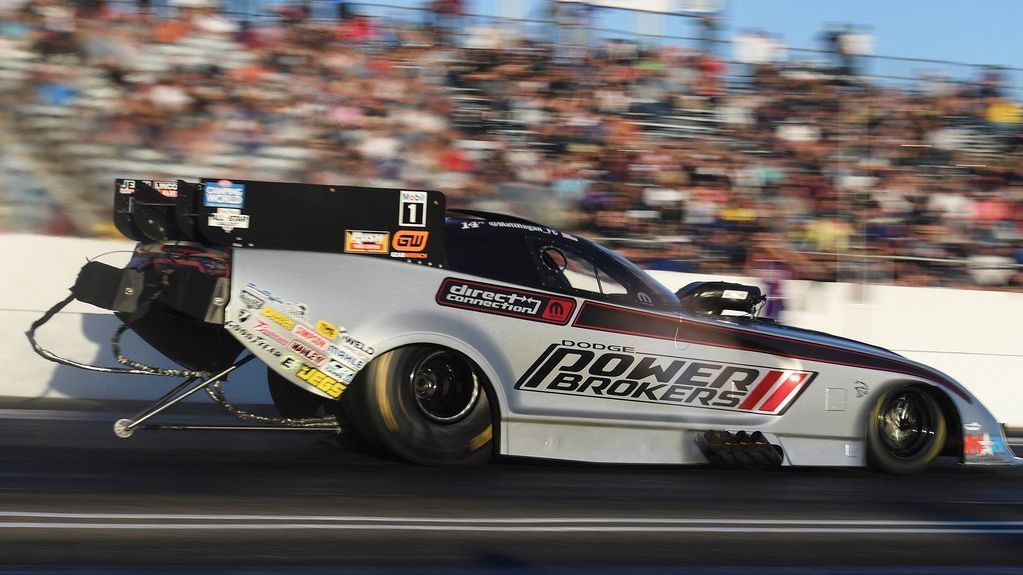 CHANDLER, Ariz. — Matt Hagan made the quickest Funny Car run in four years Saturday, giving the new Tony Stewart Racing NHRA team its first No. 1 qualifier and setting the track record to close out qualifying at the NHRA Arizona Nationals.

Hagan had a 3.823-second run at 333.41 mph in his Dodge Charger SRT Hellcat, grabbing his first No. 1 spot of the season and the 44th of his career. He surpassed Courtney Force for the quickest run ever at Wild Horse Pass Motorsports Park.

“It’s just super fun to drive. I knew if it stuck, it was going to run well but these cars are a handful to drive,” said Hagan, a three-time season champion. “They’re just so fun to drive. Tony Stewart did a heck of a job putting this organization together over the winter. We have a lot of new parts and pieces, but they’ve just done a phenomenal job of giving us the parts and pieces and the resources, and I see a lot of good things going for this team.”

Doug Kalitta took the No. 1 spot in Top Fuel and Kyle Koretsky was fastest in Pro Stock.

Koretsky jumped to the top in the final qualifying session, running a 6.520 at 210.21 in a Chevrolet Camaro for his second career No. 1.