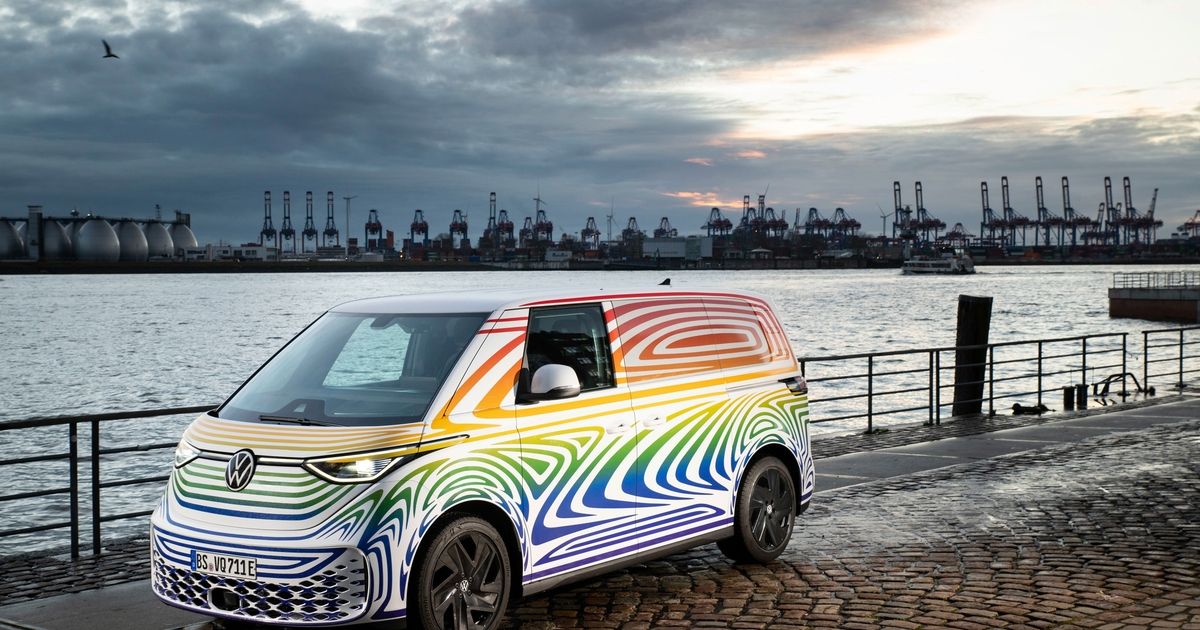 Volkswagen will finally take its psychedelic camouflage wrap off the production version of the ID Buzz on Wednesday, March 9, giving eager consumers their first undisguised look at the retro-styled electric van.

VW offered several reviewers a chance to briefly drive prototypes of the short-wheelbase, two-row versions in Europe last month. That vehicle, which seats five, will go on sale in Europe this year. A cargo version will also ride on the short wheelbase.

European vans will be equipped with an 82-kilowatt-hour lithium ion battery mated to a single 201-hp electric motor integrated into the rear axle. The top speed is electronically limited at 145 kph (90 mph), VW says.

U.S. VW dealers will begin taking orders for a longer-wheelbase version — presumably with a larger battery to go along with three rows of seating — this year for deliveries set to begin in early 2024. Both pricing and range for the U.S. remain under wraps.

The production-intent prototype driven by reviewers is larger than the ID Buzz concept first shown at the 2017 Detroit auto show. It also eschews the dangerous forward-cab seating position of the original Microbus — where the seats are placed ahead of the front wheels — for more traditional, if elevated, front seating, reviewers said. And in a throwback to the original Microbus, reviewers were told that a camper version is in the works.

VW Group of America CEO Scott Keogh said this year that the U.S. version of the ID Buzz will be imported initially from Germany, as he anticipated annual U.S. volume below 100,000.