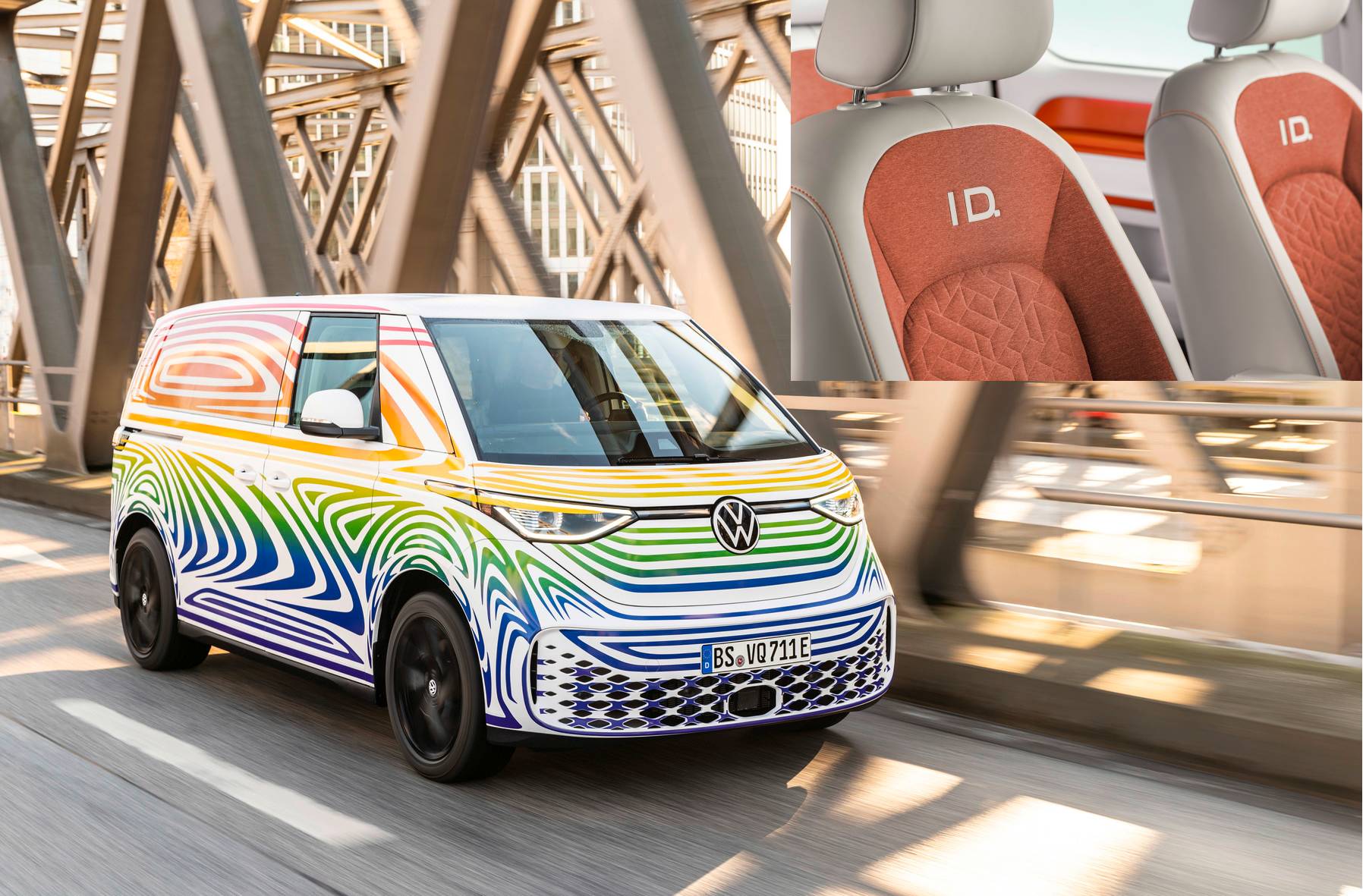 Volkswagen teased the interior of the ID. Buzz electric van recently. VW will launch two versions of the ID. Buzz, the microbus and the cargo van this week.

The ID. Buzz minibus and cargo van will have several color options, including a two-toned interior. VW recently published pictures of its two-tone design featuring the colors orange and white or light brown. The legacy automaker plans to release seven single-color options and four two-tone color schemes in the future. The interior colors of the electric microbus and cargo van correspond to their exterior paintwork.

Some style elements from the T1 minibus were carried over to VW’s new electric van. Customers interested in the ID. Buzz can also choose from 30 background lighting colors for some “atmospheric accents.” Volkswagen appears to have put in some fun easter eggs inside the ID. Buzz, too. The company mentioned several functional, intelligent yet inconspicuous features, like a bottle opener and ice scraper, found inside the all-electric van

Both the ID. Buzz microbus and cargo van were built on VW’s Modular Electric Drive Kit (MEB) concept, which was specifically made for the ID family. Both electric vehicles are expected to provide ample space for customers.

The ID. Buzz minibus is a five-seater van with enough space for 1,121 liters of luggage with passengers onboard. Meanwhile the ID. Buzz Cargo features a partition behind the first row of seats and has a maximum storage volume of more than 3.9 m3

The world premiere of the all-electric ID.Buzz will take place at 7 p.m. on Wednesday, March 9, 2022.