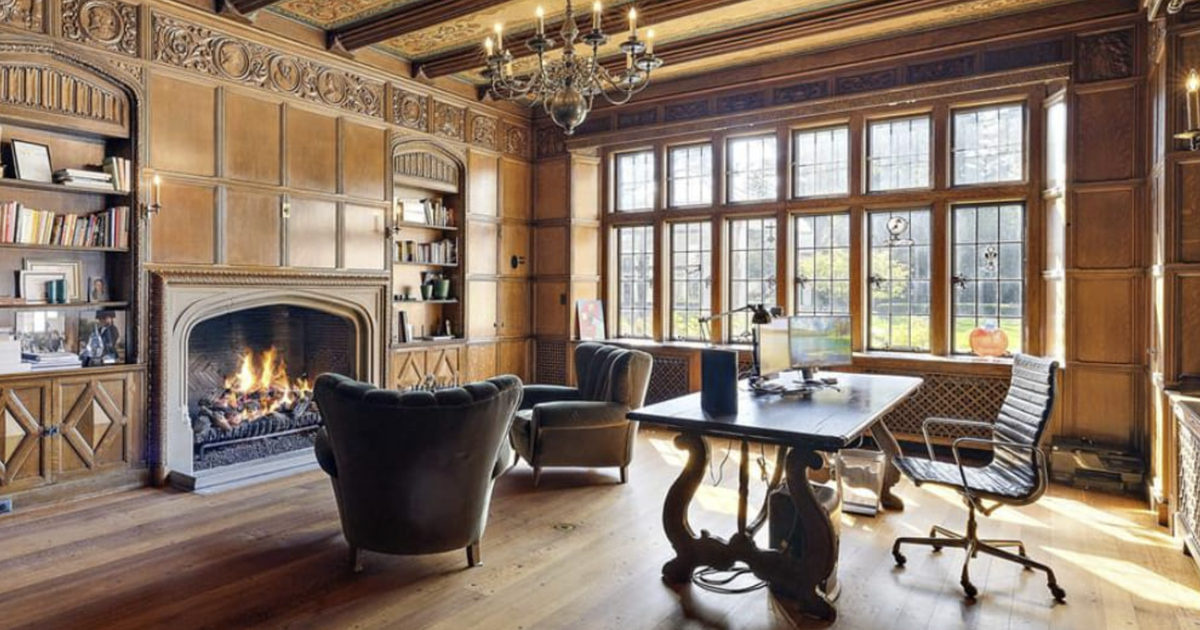 The new owners of the most expensive home ever sold in Detroit are Stellantis North America COO Mark Stewart and Antonio Gamez Galaz.

The Fisher mansion sold last week for $4.9 million, the top home sale in the city’s history. Stewart and Gamez Galaz bought the Palmer Woods home from Dan Ammann, the former General Motors Co. executive and Cruise CEO. Amman was dismissed from the role in December over disagreements over the direction of the robotaxi startup.

In a statement, a Stellantis spokesperson said Stewart and Gamez Galaz said they were proud to be the home’s new owners.

“They have long been passionate about its architecture and are excited to become part of the city’s renaissance by making Detroit their home,” the statement said. “They look forward to preserving this piece of automotive history for years to come.”

The mansion at 1771 Balmoral Dr. north of West Seven Mile Road and west of Woodward Avenue, was built for Alma and Alfred Fisher, then one of the owners of the Fisher Body Co., which made car bodies.

Alex Chapman, an associate broker at Signature Sotheby’s who represented Stewart and Gamez Galaz said they appreciate Detroit history, love architecture and want to be more involved in the city’s revival through the purchase.

Chapman said they were impressed by the work Ammann had done to add air conditioning, upgrade electrical work and plumbing and yet keep the house in its natural state. The work Ammann put into the house “definitely shows,” he said.

Stewart has been with Stellantis since December 2018, back when it was still FCA. Prior to that, he spent time with Amazon and ZF Group, where he worked in both Shanghai, China and Livonia.

He has an engineering degree from Vanderbilt University and an MBA from the University of Tennessee, Knoxville.

“It was about the best 60 days we ever invested in,” Stewart said.

The $1.6 billion industrial redevelopment project was tied to the creation of 3,850 new jobs in the city.

Wayne County land records show that Daniel and Pernilla Ammann paid an estimated $1.549 million for the 1926 mansion on July 31, 2015. Records also show the Ammanns bought the 2.1 acres immediately west of the Fisher mansion in 2017 for $225,000, basically adding on to the estate. That property is at 1791 Wellesley Drive.

Stewart was hired in January 2019 to lead Fiat Chrysler Automobiles’ North American operations. He was responsible for negotiations with the city of Detroit to convert the car company’s Mack Avenue engine plants on Detroit’s east side into a new assembly plant as well as retool the Jefferson North Assembly plant.

Stewart told Crain’s previously that the new $1.6 billion Jeep plant in Detroit was a priority.