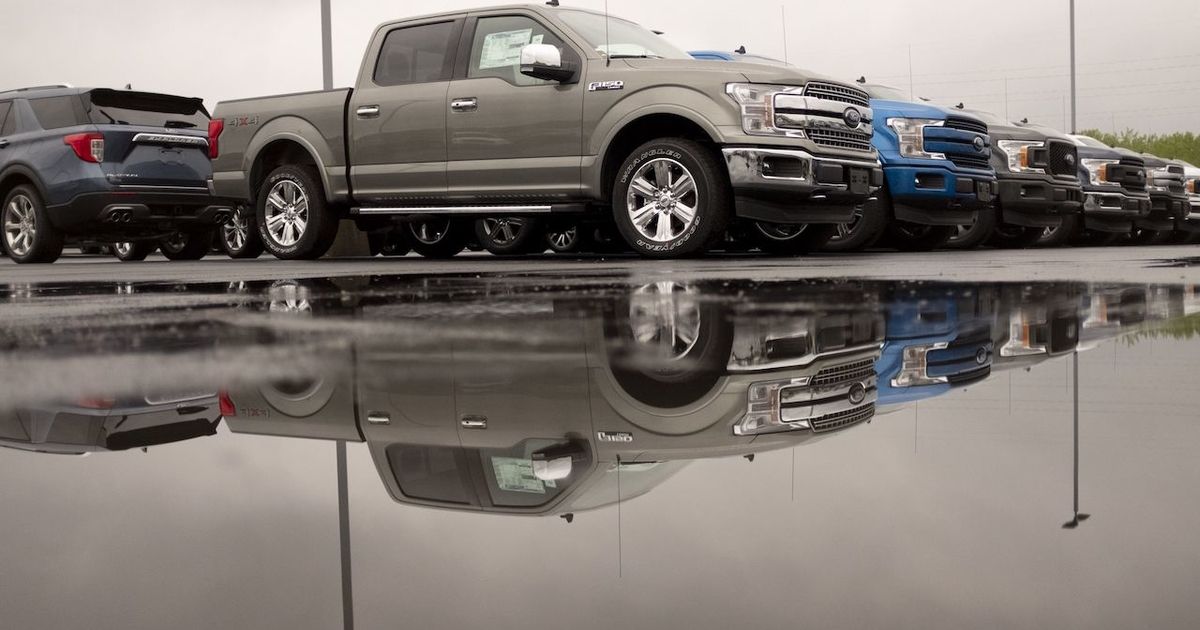 LAS VEGAS — Ford Motor Co., beset by ongoing production woes, told dealers on Saturday it was pushing back allocations and that wholesale deliveries will be lighter until the end of May, although it continues to produce vehicles and fill customer orders.

Ford dealers who attended a make meeting told Automotive News they did not expect new stock allocations until the end of May due to production cuts, although Ford spokesman Said Deep said the company continues “building for both retail and stock.”

That means new-car showrooms that have been nearly empty for months will remain so during what is typically a healthy spring selling season for the industry.

Ford has lost 100,000 units of production due to 37 suppliers failing to provide parts as scheduled, the automaker told dealers in a meeting at the NADA Show here, according to three people present.

The issue has exacerbated Ford’s inventory woes that have left most dealership lots bare. Ford said it received 90,000 new-vehicle orders in January and another 72,000 orders in February, suggesting the company remains hampered by a backlog of orders amid production cuts. In February, some 33 percent of the company’s U.S. retail sales fulfilled previous customer orders.

Company executives told retailers they will not receive any new-vehicle allocations until May, the three people said.

Because of continued production bottlenecks, Ford executives on Saturday forecast the company’s U.S. sales in 2022 will fall roughly 12 percent to 1.66 million, according to two of the people present, down from 1.9 million deliveries in 2021. Despite lower volume, Ford expects to capture 13.3 percent of the U.S. market this year, the two people said, which would be an increase over last year due to lower overall industry volume.

“We’re trying to produce every vehicle we can right now,” Andrew Frick, general manager for sales, distribution and trucks for Ford Blue, told Automotive News following the Saturday meeting. “We’re dealing with a myriad of supply chain issues like everyone is.

“We’re working through those issues right now, and we feel very confident about how we’re positioning our production and trying to get as much flow to dealers as we can.”

Automakers and analysts expect the industry’s supply bottlenecks to largely remain through the first half of 2022, with inventories slowly recovering in the second half, though some parts shortages could stretch into 2023.