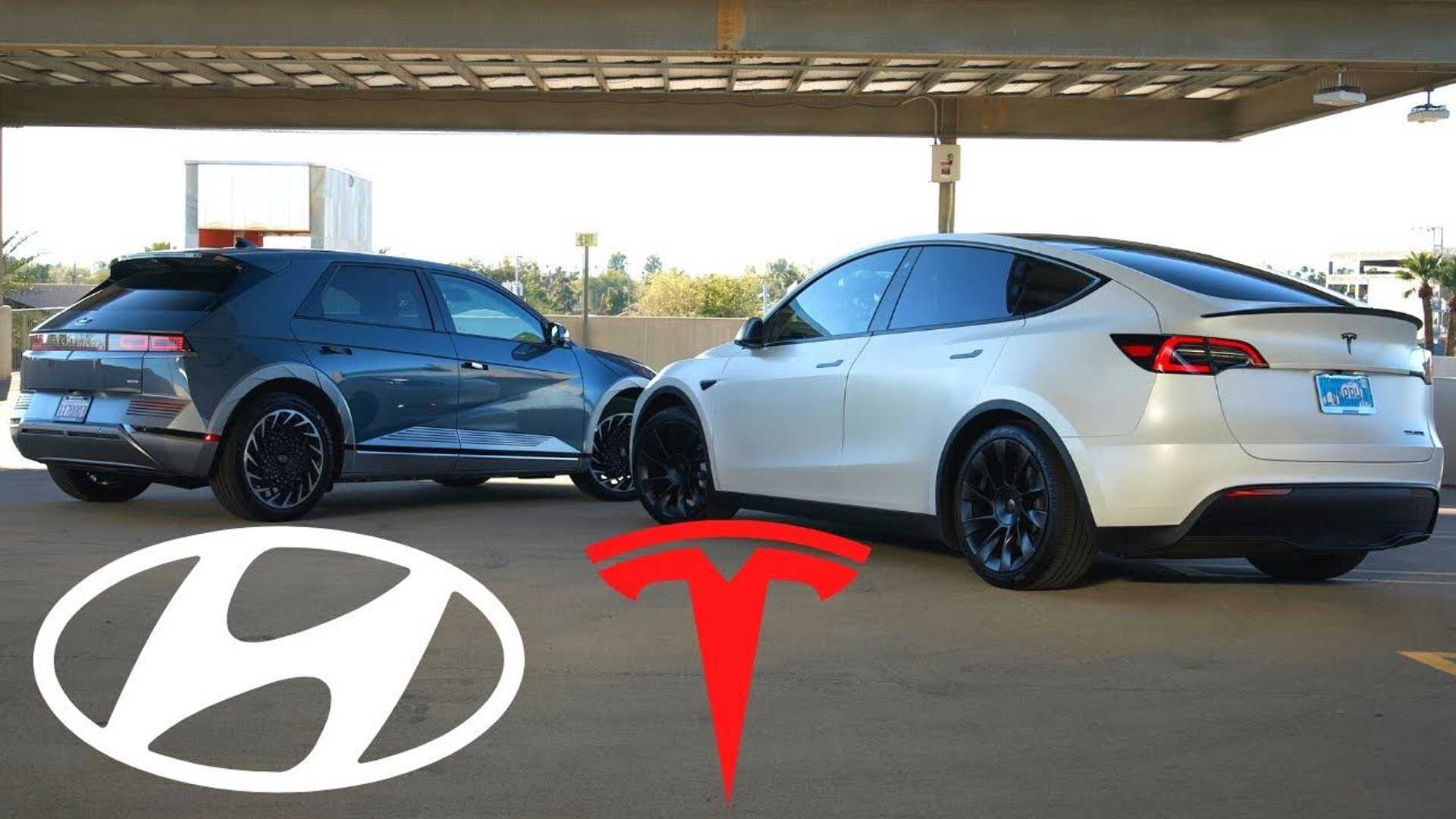 The Tesla Model Y and Hyundai Ioniq 5 are two of the best all-electric crossovers money can buy. Practical, tech-laden and with more than enough range both are fantastic choices. But is one superior to the other? In a recent video on his YouTube channel, Model Y owner Gjeebs spoke about his experience with the Ioniq 5 having been loaned one for a week. He was seriously impressed, noting several things it does better than his Y.

Firstly, he felt inside it had a lot more cool features, like a magnetic dash to hold your phone. The climate control works better than in his Y, with various different intensity options. The intensity of the car’s regenerative braking can also be adjusted, something you can’t do in the Tesla. You also get ventilated seats in the Ioniq 5, again something not found in the Model Y. Overall the seats are more comfortable and less firm too, meanwhile the interior plastics are well hidden and overall the car has a very premium feel. You even get reclining rear seats, a feature usually only found in six-figure luxury sedans.

In terms of the exterior, Gjeebs discussed the Ioniq 5’s retro look and cool lights – its certainly a lot more distinctive than the somewhat bland Model Y. You also get better seat adjustment in the Ioniq 5 and almost fully folding rear seats.

Although not mentioned in the video, the Ioniq 5 is also significantly cheaper than the Y (even in Long Range AWD guise). It also charges faster. Still, Gjeebs concluded that the Model Y is still number one for him, but the Ioniq 5 is a close second and superior to the Ford Mustang Mach-E and VW ID.4. He reckoned if you have another car for road trips and don’t care too much about charging infrastructure the Ioniq 5 is a great choice for city / daily driving.