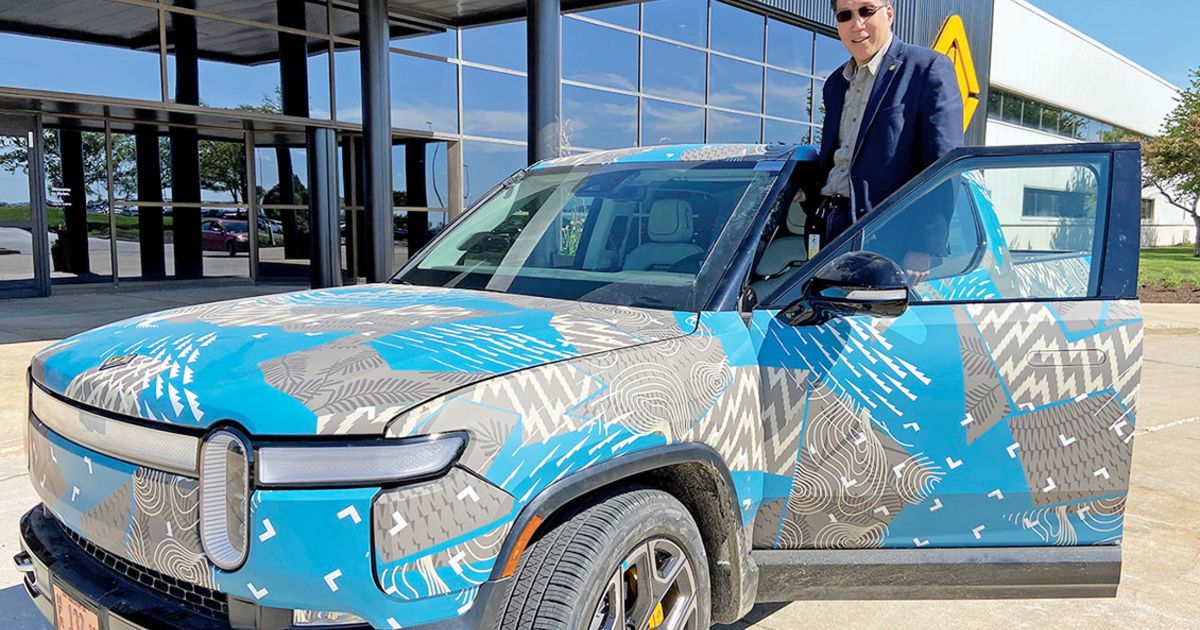 Last year, electric vehicle startup Rivian Automotive had a proposal for the state of Georgia.

Like many states in the union, Georgia has dealer-friendly laws that prohibit factory direct- to-consumer sales. But Rivian, with a factory-direct business model, asked Georgia legislators to exempt the new company.

Now Rivian is back to ask them again. Only this time, the it has sweetened the proposal.

Late last year, Rivian said it will spend $5 billion to construct one of the world’s largest auto plants about 30 miles outside Atlanta, hiring 7,500 workers.

While no one suggests that Rivian selected Georgia as a factory site purely to have its way with state dealer laws, the company’s sudden new prestige in the state certainly won’t hurt.

“I can’t tell you we’ve had great success with the automobile dealers,” said Rep. Chuck Martin, a co- sponsor of House Bill 460, which seeks to allow new EV-only companies to sell direct in Georgia. “They have a monopoly, and they want to keep it.”

The Rivian investment — the largest in the Peach State’s history — has gotten the attention of lawmakers, who are considering three bipartisan bills that would allow new-line EV manufacturers to sell direct in the state.

Rivian’s factory creates buzz for the startup and raises the profile of electric vehicles in Georgia, Martin said.

“There are a lot more Braves fans after they won the World Series than there were before,” the legislator mused.

HB 460 founderd in the 2021 legislative session but remains on the docket this year. Meanwhile, two new Georgia Senate bills introduced in 2022 seek to expand a 2015 exemption granted specifically to Tesla.

James Chen, Rivian vice president of public policy, said the automaker is “supportive” of the direct-sales bills in the Georgia Legislature.

“We believe that this is the right direction for our business model, and these bills would help us pursue that business model appropriately,” Chen said.

But Georgia’s auto dealers have a different perspective.

While the state’s carve-out for Tesla was limited to just one manufacturer, the new bills are broadly written to include new EV manufacturers and their parent corporations and subsidiaries, noted Ben Jordan, senior director of governmental relations for the Georgia Automobile Dealers Association.

“The universe of manufacturers and their related entities [that the new bills apply to] is essentially boundless,” Jordan said. “The barn door is being left open much wider.”

Nearly half of U.S. states allow manufacturers to sell directly under certain circumstances. Seven states allow an exception to dealer franchise laws to a single manufacturer. But bills that seek to allow direct vehicle sales have been introduced in at least 10 states, backed by EV startups but opposed by franchised dealers.

Rivian, which began producing its R1T pickup just last year, has been lobbying Georgia lawmakers for the past two or three years.

“This is a battle of sound appropriate policy versus political influence,” Chen said. “It’s about consumer choice, access to technology, open competition, versus the fact that dealers are in every city, state, small town.

“In many cases, they’re often the legislators.”

But $5 billion and thousands of new jobs could help Rivian counter the dealer lobby’s clout.

“One of those factors was whether the state was open to our business model, or what they were willing to do to work with us on our business model,” he said. “We certainly did get a very forward-leaning reception from the governor’s office.”

But Chen insisted that Rivian has received no assurance it will prevail in the General Assembly.

“It’s not a tit-for-tat type of deal,” the lawyer said of the factory investment. “It’s not a quid pro quo.”

Martin concurred: Rivian advocated for HB 460 but “never tied the legislation, or the passage of it, to any investment in Georgia.”

While Rivian distances its lobbying efforts from its site-selection decision, North Carolina’s Triangle Business Journal reported the automaker might have dropped that state as a potential factory site after efforts to push for direct sales there failed to get traction. Like Georgia, North Carolina bans automakers from selling direct to consumers but has exempted Tesla.

While negotiating with North Carolina over potential incentives for the factory, Rivian also lobbied for a bill that would level the playing field with Tesla by allowing it to sell directly to customers, the business publication reported March 4, citing records obtained through a Freedom of Information request.

But the bill was never introduced.

On May 4, 2021, Rivian told the state that “the foundation of our business model is direct-to-customer sales and service.”

“Unfortunately, North Carolina’s law as it currently stands would prohibit us from being able to do that,” the automaker wrote the state. “This issue alone is making it very hard for us to dive deeper.”

According to the report, by July 30, Rivian told the state that a “commitment to leveling the playing field” was the only way to move the project forward.

Chen maintains that, without or without a factory investment, Rivian’s direct-sales model is good for Georgia.

It is about “giving Georgians the right to be able to purchase the vehicle how they want,” he said. “I’m optimistic … legislators will have the political courage to vote for policy that helps support and promote local businesses wishing to invest in the state.”

But Georgia’s franchised dealers say Rivian’s big-dollar investment in the state does not warrant a change in state law meant to protect consumers.

Dealers argue that they are perfectly capable of selling and servicing EVs as their legacy franchises also pivot toward electrification. Currently, there are 31 all-electric models available to purchase in the U.S., with at least 10 more expected by year-end, according to Guidehouse Insights.

“We’re all about electric vehicles — we know how to do it, and we will be the absolute rock stars when they really start rolling out,” he said. “There’s just simply not a need for a separate distribution, sales and service channel for motor vehicles, especially when they’re riskier and don’t offer the efficiency and effectiveness of the franchised network system.”

Ellis, a state dealer association board member, points to Tesla’s well-documented struggles with service capacity as a potential challenge automakers face when they take on the retail side of the business.

“You got customers waiting days to get repairs,” he said. “If your endgame is to give the customer a great ownership experience, then that to me hasn’t been improved.”

Rather than mimic the Tesla model, Ellis has this suggestion for Rivian’s board: “I’d start looking at what’s about to be a tidal wave of competition, and I’d be knocking on Jimmy Ellis’ door saying, ‘Look, I’m rethinking now — you might be the best person to get me a hot start out of the gate in Georgia.’ ”

Dealers view direct sales as an existential threat, and some see legislation such as what Rivian is proposing in Georgia as a slippery slope.

“Pretty soon, the legacy manufacturers are saying, ‘Well, all of them got in, why not us?’ That is the heart of the concern,” Ellis said. “It’s death by a thousand cuts, except it won’t take a thousand cuts.”

The wariness is not unfounded.

Last year, Volvo Cars said it planned to sell its battery-electric vehicles through an online model, delivering customers’ preordered vehicles to dealerships rather than having retailers stock hundreds of new cars. Meanwhile, Ford wants to craft a new set of operating standards for EV sales that would include the most popular aspects of the direct-sales model popularized by Tesla.

But according to the Michigan-based Mackinac Center for Public Policy, traditional auto sales and dealer revenue have increased nationwide since 2012 when Tesla introduced the direct-sales model — with sales climbing 52 percent and employment growth of 18 percent. States that are partially or fully open to direct sales outperformed the national average, with sales growth of 58 percent and employment growth of 21 percent.