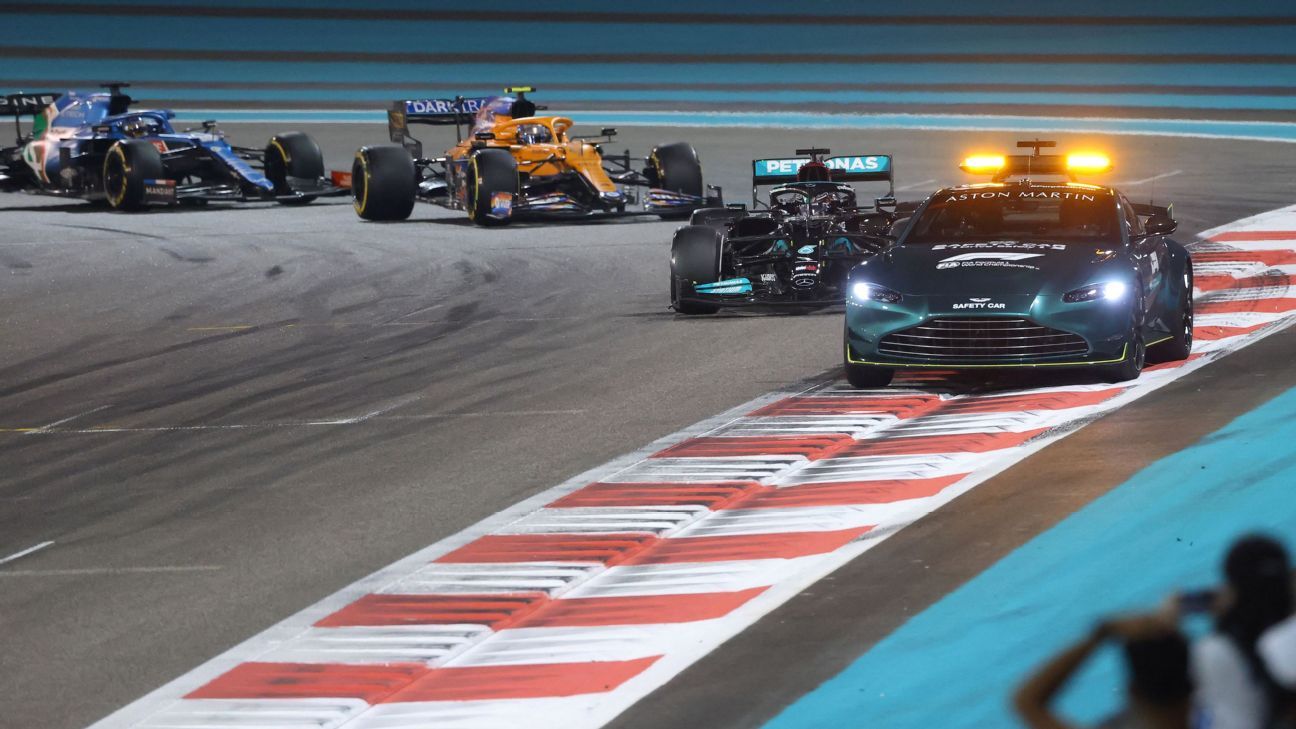 Formula One’s governing body made a tweak to the safety car rules on Tuesday to avoid a repeat of the controversy that erupted after last year’s title-deciding race in Abu Dhabi.

Race director Michael Masi, who was replaced last month, changed the procedure in the closing laps at Yas Marina in a move that allowed Red Bull’s Max Verstappen to pass Mercedes’ Lewis Hamilton and take the title.

Hamilton would otherwise have taken a record eighth championship.

The governing FIA spelled out in a revised edition of the 2022 sporting regulations that ‘all’, rather than the more ambiguous ‘any’, lapped cars must unlap themselves before a re-start.

Masi had allowed the race to resume after only the lapped cars between Verstappen and Hamilton, then leading, had unlapped themselves.

That allowed enough time for one last lap of racing, with the Dutchman on fresh tyres and able to overtake his title rival.

Masi has since been replaced by two officials, Niels Wittich and Eduardo Freitas, who will share the race director job as part of a wider restructuring of the refereeing process.

They will be assisted by FIA stalwart Herbie Blash who will return as permanent senior advisor, having retired in 2016 after 50 years in the sport. Blash was previously assistant to the late race director Charlie Whiting.

The new season starts in Bahrain this weekend.