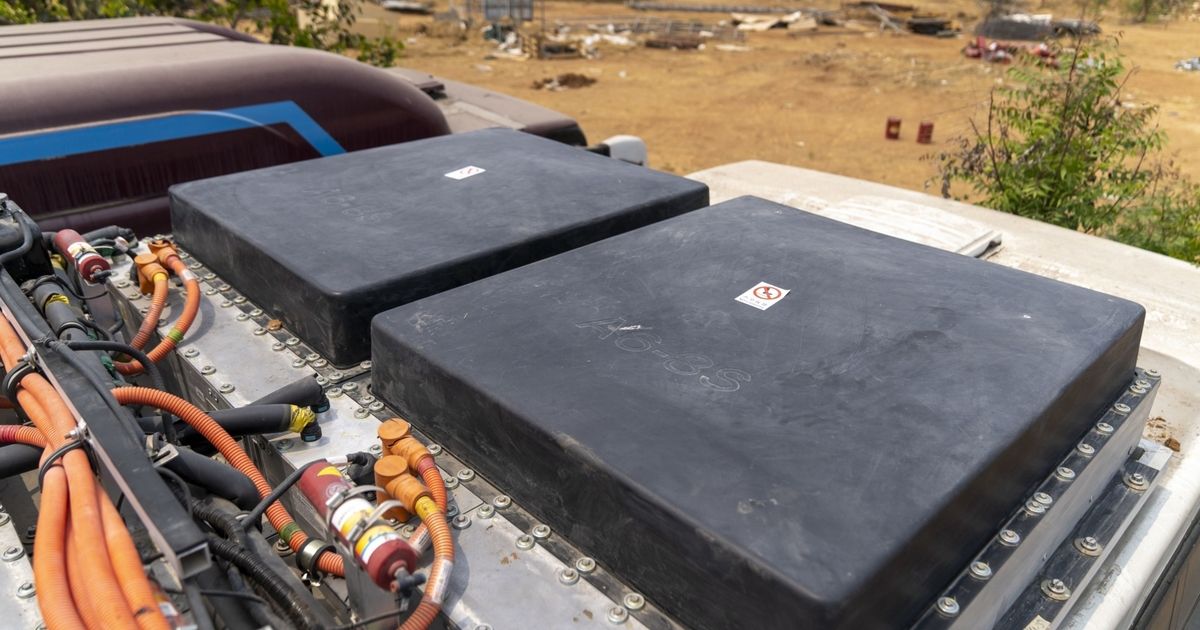 Energy Secretary Jennifer Granholm and Sen. Joe Manchin, D.-W.Va., on Friday announced  a program to develop lithium batteries in the U.S. as part of a broader strategy to help Appalachia amid a transition away from coal.

Lithium-based batteries are critical components of electric vehicles, grid storage and weapons, but the U.S. relies on international markets for the processing of most raw materials, according to the Energy Department.

The department is promoting a plan to support a domestic battery supply chain — from critical minerals mining to manufacturing and recycling. The DOE also announced $5 million in funding for pilot projects for workers in communities where energy and automotive industries once held sway.

“American leadership in the global battery supply chain will be based not only on our innovative edge, but also on our skilled workforce of engineers, designers, scientists, and production workers,” Granholm said in a statement. President Joe Biden “has a vision for achieving net zero emissions while creating millions of good paying, union jobs — and DOE’s battery partnerships with labor and industry are key to making that vision a reality.”

As part of the initiative, Energy Department officials, representatives of the AFL-CIO and the United Mine Workers of America and executives of Sparkz Inc., a battery manufacturer that is developing a cobalt-free battery technology in Knoxville, Tenn., met Friday at the West Virginia Regional Technology Park in South Charleston, West Virginia.

The company said in a statement after the meeting it plans to begin construction in 2022 of a “Gigafactory” in West Virginia to commercialize their zero-cobalt battery that will initially employ 350 workers.

Manchin, a longtime champion of the state’s coal industry, has been a crucial factor in the advancement, or lack of it, of Biden’s economic and climate agenda.

The lithium battery announcement and the meeting were among the events during a listening session held by the Biden administration’s Interagency Working Group on Coal and Power Plant Communities and Economic Revitalization to identify projects to help the 13-state Appalachia region.

“While I remain concerned about our dependence on China and other foreign countries for key parts of the lithium-ion battery supply chain, engaging our strong and capable workforce to manufacture batteries domestically is a critical step toward reducing our reliance on other countries and ensuring we are able to maintain our energy security,” Manchin said in a statement. “I look forward to seeing this initiative grow, and we will continue to work closely together to ensure we can onshore the rest of the battery supply chain.”

On Friday, the administration also announced nearly $215 million in Interior Department funding to clean up abandoned mines in West Virginia, Agriculture Department grants for grid improvements and other projects in coal communities in West Virginia, Pennsylvania, Ohio and Kentucky, and EPA grants to a West Virginia non-profit for job training and environmental cleanup.