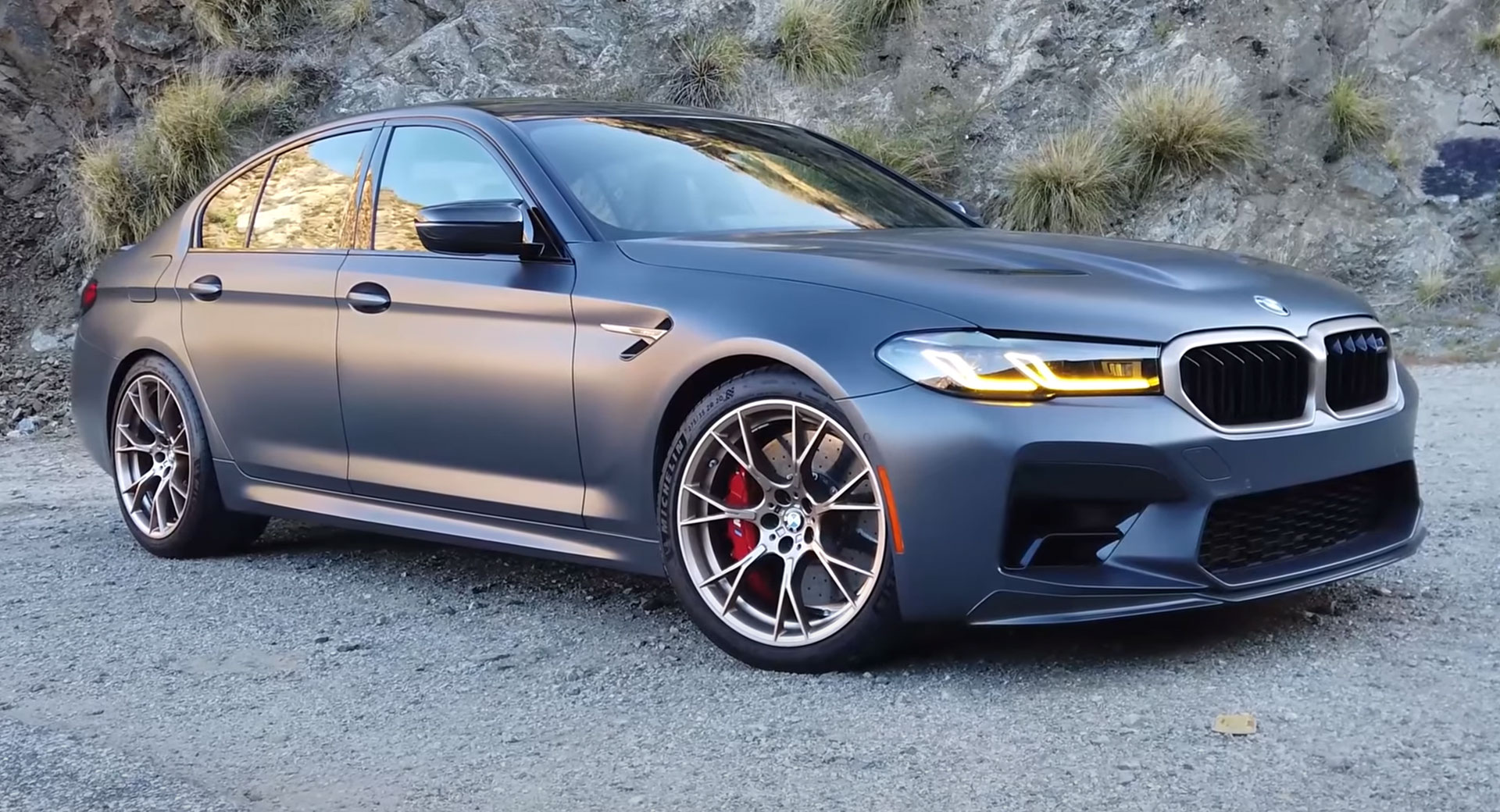 Every BMW M5 is special but the new CS variant pushes performance to new heights and The Smoking Tire recently had the chance to put it through its paces.

Some significant alterations have been made to the M5 CS to make it even quicker than the standard car. For example, the twin-turbocharged 4.4-liter V8 has been upgraded to now deliver 627 hp and 553 lb-ft (750 Nm) of torque but more importantly, BMW has removed 230 lbs (104 kg) of excess weight, fitted stiffer engine mounts, firmer springs, a beefier anti-roll bar, and lowered the ride height. Changes have also been made to the springs and Dynamic Damper Control system.

Immediately after taking the wheel, co-host Zack Klapman says the M5 CS feels lighter than the much smaller M240i xDrive that The Smoking Tire recently tested. He adds that it feels very easy to drive quickly and that the Pirelli P Zero Corsa tires help stick it to the pavement.

Not everything is perfect, however. A major complaint that Klapman and Matt Farah have about the car relates to the seats. In fact, Farah says they are the worst seats he has seen in a luxury vehicle, comparing them to those used by the McLaren Senna, an all-out, track-focused supercar, and not the kind of seats you would expect to find in a BMW model.