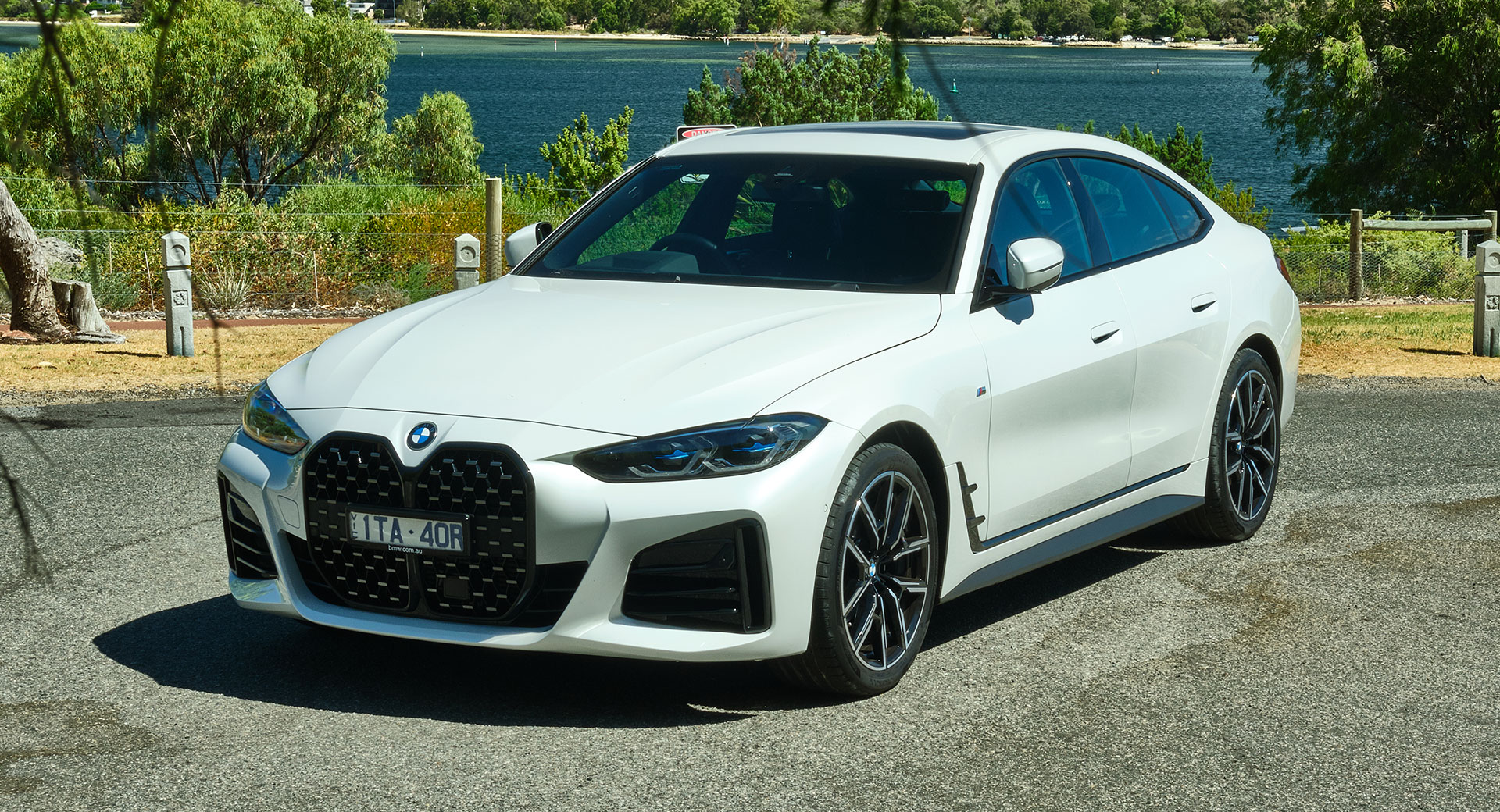 A lot has been said about the current BMW 4-Series model. Many people have shunned it because of the controversial kidney grilles. However, dig a little deeper and you will discover a very well-rounded car.

Like the previous-generation 4-Series, this new one is available in Coupe, Gran Coupe, and Convertible guises. It is also offered as an EV in the form of the i4 and the potent i4 M50 version, the first electric car from BMW’s M performance division.

Of these models, the 4-Series Gran Coupe has always been especially intriguing. After all, it is the four-door version of a two-door car that’s based on a four-door sedan, namely the 3-Series. There’s certainly some overlap between the 3-Series sedan and the 4-Series Gran Coupe but as we recently discovered while testing out the latter, it feels quite different to the 3er and has a lot to love. 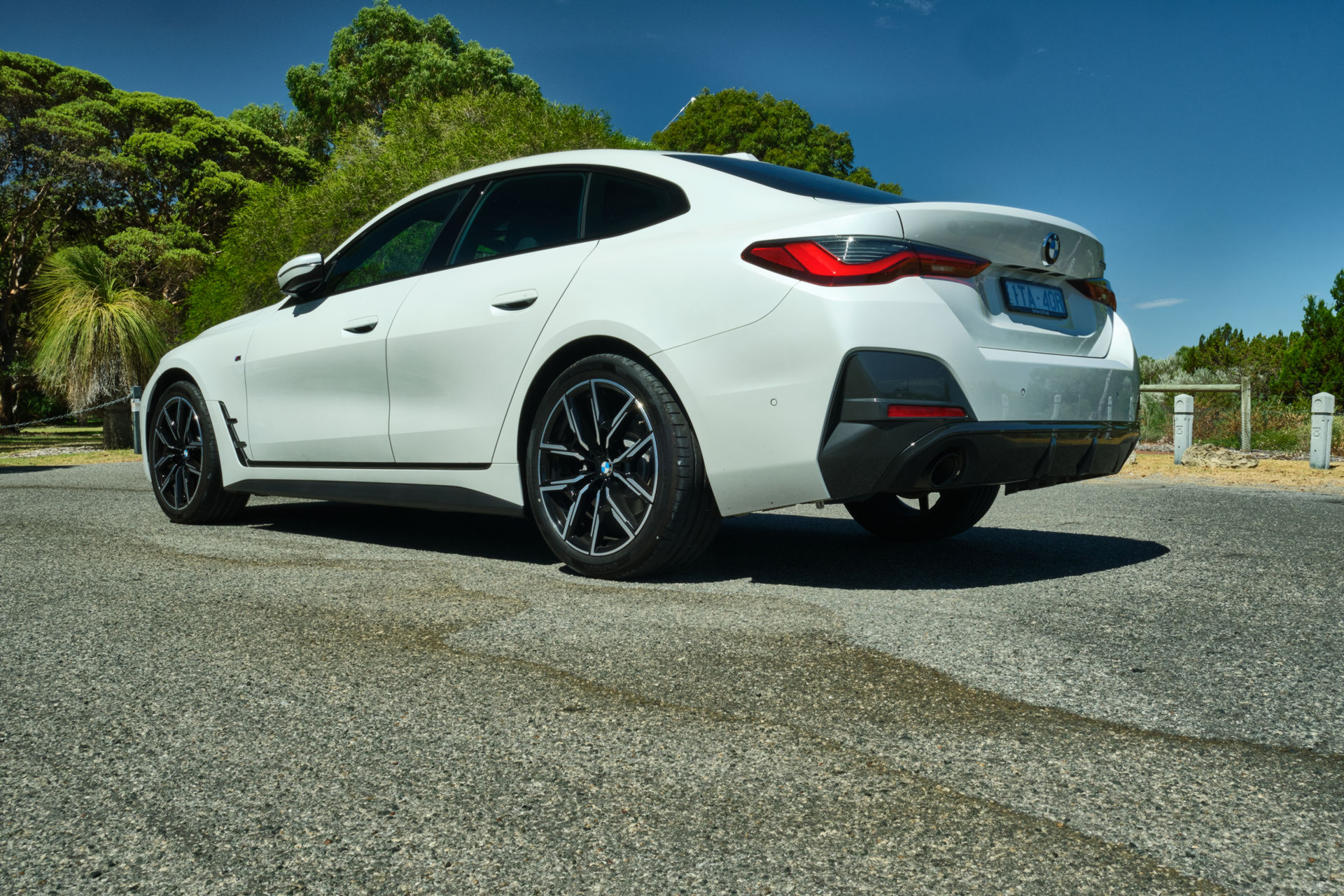 A 4-Series Gran Coupe to suit all tastes

Three ICE variants of the 4-Series Gran Coupe are available to Australian buyers. The entry-level model is the 420i Gran Coupe that we tested, outfitted with a 2.0-liter turbocharged four-cylinder spinning up 184 hp (135 kW) and 221 lb-ft (300 Nm) of torque. This engine is mated to an eight-speed ZF automatic transmission powering the rear wheels and helping the car hit 100 km/h (62 mph) in 7.5 seconds.

Those after a little more grunt can purchase the 4-Series Gran Coupe in 430i and M440i guises. The first of these also uses a 2.0-liter turbocharged four-cylinder, albeit one that has been tweaked to deliver 258 hp (190 kW) and 400 Nm of torque. It too has an eight-speed automatic ‘box and is offered exclusively with rear-wheel drive. The M440i xDrive then amps things up significantly with a turbocharged 3.0-liter straight-six muscling out 387 hp (285 kW) and 500 Nm. This variant also benefits from all-wheel drive.

Like all other 420i Gran Coupes that have touched down on Aussie shores, our test car came outfitted with the M Sport package, M Sport suspension, and 19-inch alloy wheels. 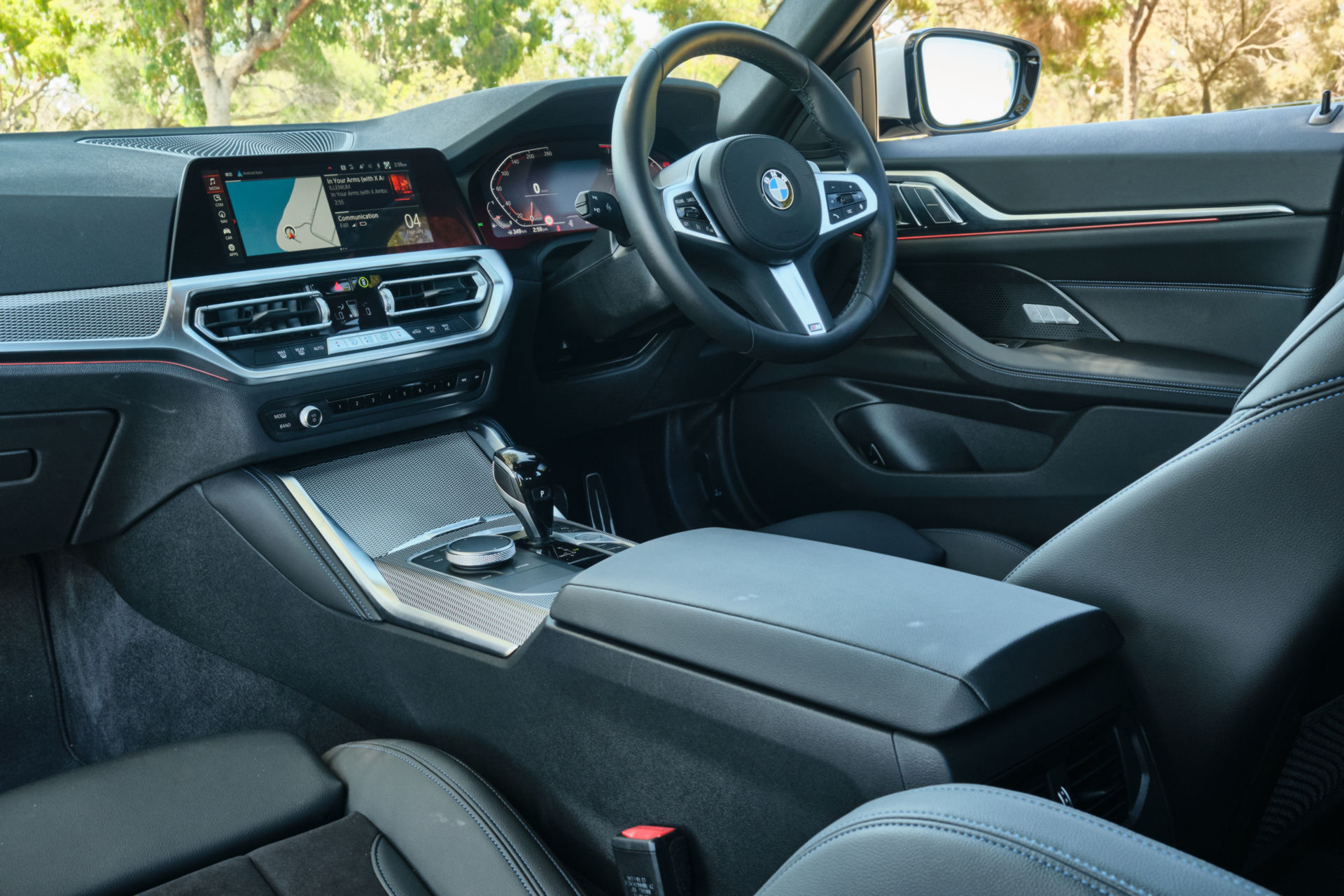 BMW may not have made the revolutionary leap in its interior designs quite like Mercedes-Benz has in recent years but the cabin of the 420i Gran Coupe is still a nice place to spend time.

You immediately slide down into a set of sporty seats clad in Alcantara and synthetic leather that are extremely comfortable and offer great levels of adjustment for the bolsters. Our press car was also equipped with the AU$4,462 ($3,270) Visibility Package that adds metallic paint, BMW LaserLight headlights, and a sunroof but unfortunately, it didn’t have the AU$1,846 ($1,353) Comfort Package. That meant it lacked heated front seats (and optional heated rear seats), lumbar adjustment for the front seats, BMW’s Comfort access system, and a heated steering wheel. While it would be nice if some of these features were standard, it’s good that the Comfort Package is well-priced. 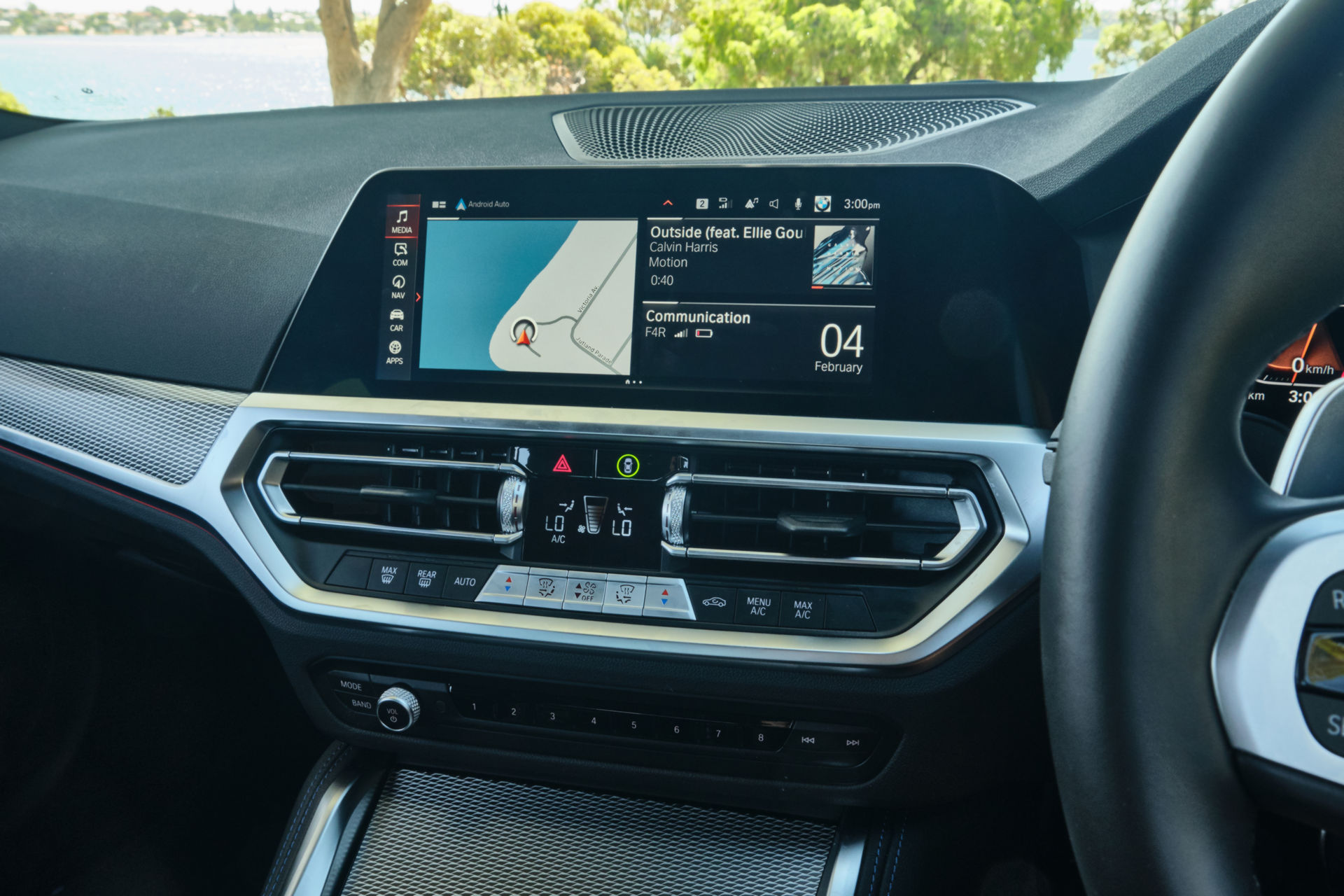 Other key features found in the cabin of the 420i Gran Coupe include a 10.25-inch infotainment system running BMW’s OS7 system, a 12.3-inch digital instrument cluster, wireless phone charging, a 10-speaker audio system, and configurable ambient lighting. One particularly important feature is wireless Apple CarPlay and Android Auto that will be a revelation for those used to only using wired versions of these systems. One disappointing aspect is the limited number of options to configure and customize the gauge cluster.

The driving position is excellent and the leather-wrapped steering wheel is the perfect size for a car like this. There are a few too many plain black plastic buttons on the transmission tunnel for our liking but that’s only a minor complaint.

What shoppers should be aware of is the limited amount of legroom and headroom for tall passengers in the second-row. With the driver’s seat in my preferred position at 6’2”, the second-row felt cramped with my legs pressed hard up against the driver’s seat and my head hitting the headliner. Evidently, this is the price you pay for the sleeker and more flowing exterior design of the 4-Series Gran Coupe compared to the 3-Series sedan.

While it lacks second-row space compared to 3-Series sedan, the 4-Series Gran Coupe more than makes up for this due to the fact that it has a hatch, making it that much more practical to carry large items. There is 470 liters (16.6 cubic-feet) of space behind the rear seats and 1,290 liters (45.5 cubic-feet) with the rear seats folded down. If you’re a golfer, multiple sets of clubs will fit easily. If you’re a traveler, there is plenty of space for large suitcases. 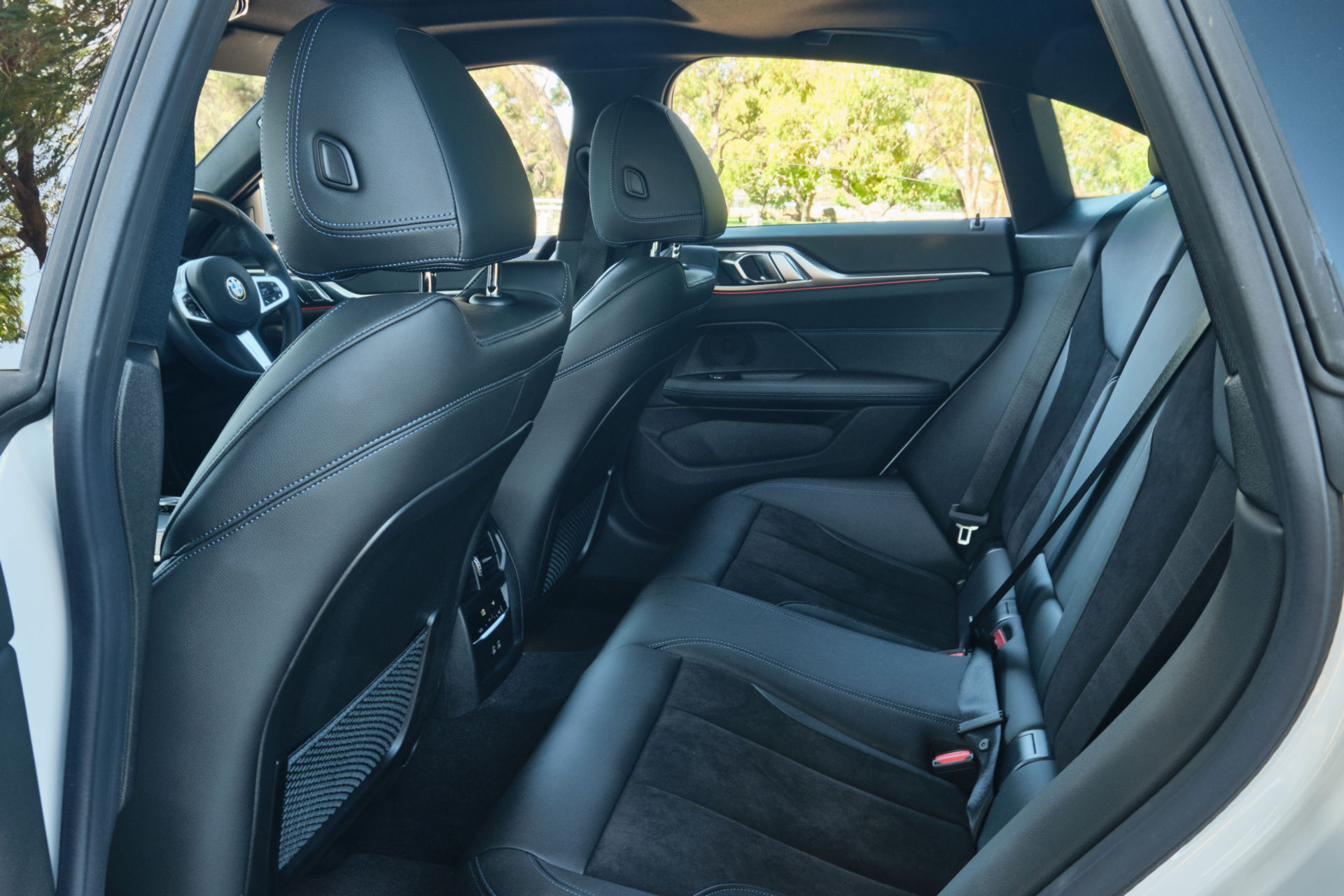 This may be a somewhat controversial thing to say but ignoring the kidney grilles, I’ve always been a fan of how the G22-generation 4-Series has looked. I find the Coupe to be particularly striking and as four-door cars go, the Gran Coupe is quite a looker. The headlights look particularly aggressive and BMW has done a brilliant job cleaning up the design by fitting flush door handles, unlike the more traditional handles of the Coupe. The rear three-quarter view of the car is my favorite angle. 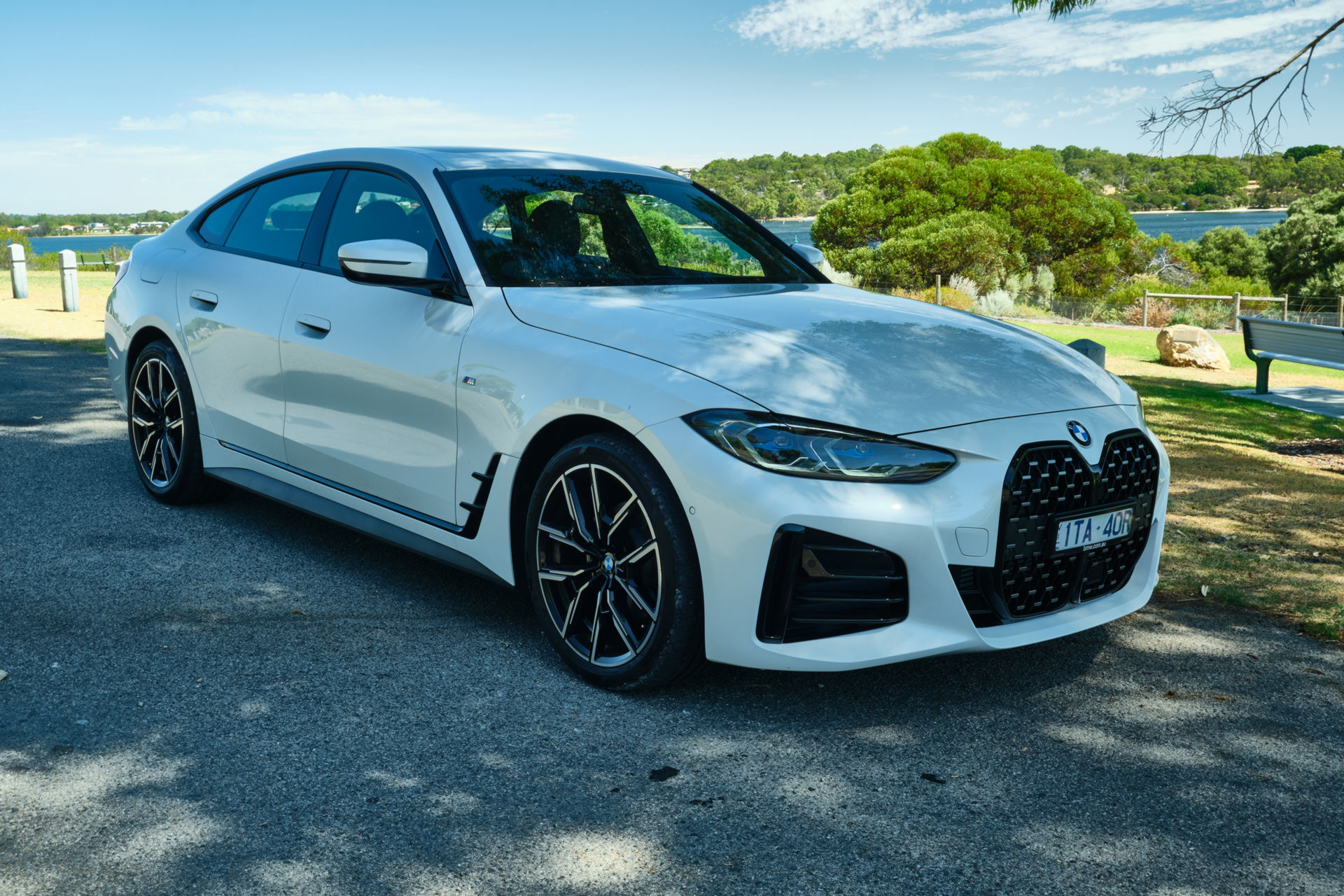 With headline figures of 184 hp (135 kW) and 221 lb-ft (300 Nm) of torque, it comes as no surprise that the 420i Gran Coupe isn’t what anyone would describe as quick or particularly thrilling to drive in a straight-line. However, this isn’t meant to be a high-performance car despite what the looks may suggest. Those in the market for something more thrilling should look at the M440i xDrive and M3 sedan.

It’s a similar story with the eight-speed automatic transmission. It isn’t as snappy as some dual-clutch ‘boxes out there but it is still very good. What struck me most about driving the 420i Gran Coupe was just how well-insulated it is from exterior sounds and just how quiet and smooth both the engine and transmission are. In fact, at regular cruising speeds, you could be fooled into thinking you were driving an EV, so smooth and unassuming is the powertrain. 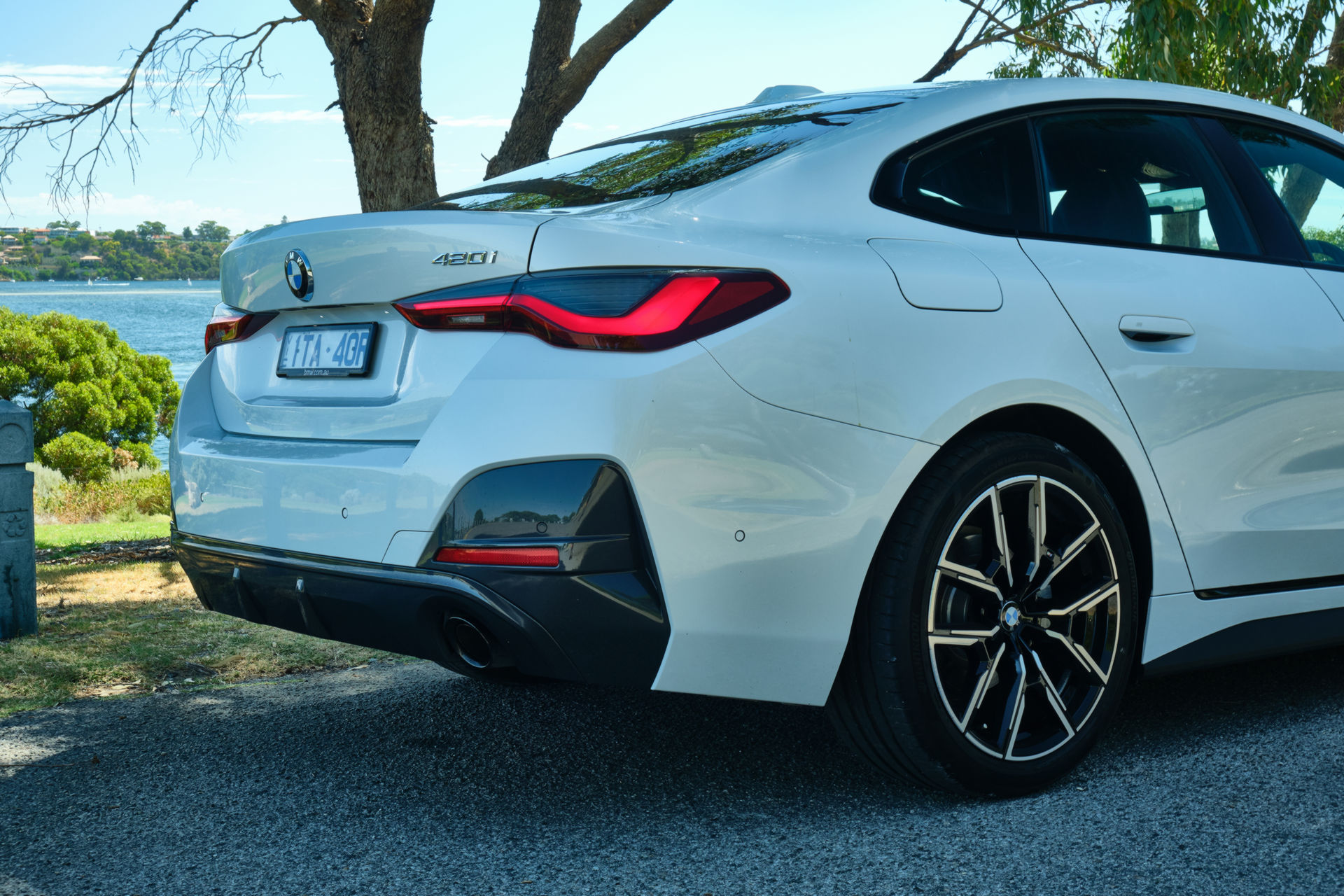 A number of drive modes are available, including a configurable Individual mode where you can adjust things like the engine, steering, and suspension. I spent most of the week in the Sport Plus mode, primarily because I preferred the slightly more weighted steering than you’ll find in all other modes. Make no mistake, however, the light and direct steering of the 4-Series Gran Coupe is a joy to use around town and while there isn’t a whole deal of feedback, it does feel very precise.

In general, the 420i Gran Coupe feels very eager to tip into corners and the Hankook 245/40R19 run-flat tires produce plenty of grip. The handling balance is also very good and for the most part, the car has a neutral feeling. Ride quality is also great and the suspension does a solid job of soaking up bumps.

Plenty of safety systems come standard with the 420i Gran Coupe but there are some that are only available with the AU$3,462 ($2,537) Driver Assistance package. Key features include Autonomous Emergency Braking with pedestrian and cyclist detection, forward collision warning, lane departure warning, blind-spot monitoring, rear cross-traffic alert, and rear collision prevention. As our car lacked the Driver Assistant package, it also made do without Adaptive cruise control with stop/go, lane-keep assist, Steering and Lane Control Assistant, evasion aid, and front cross-traffic alert. Other features of this package include a tire pressure monitor, BMW Drive Recorder, and Parking Assistant Plus. 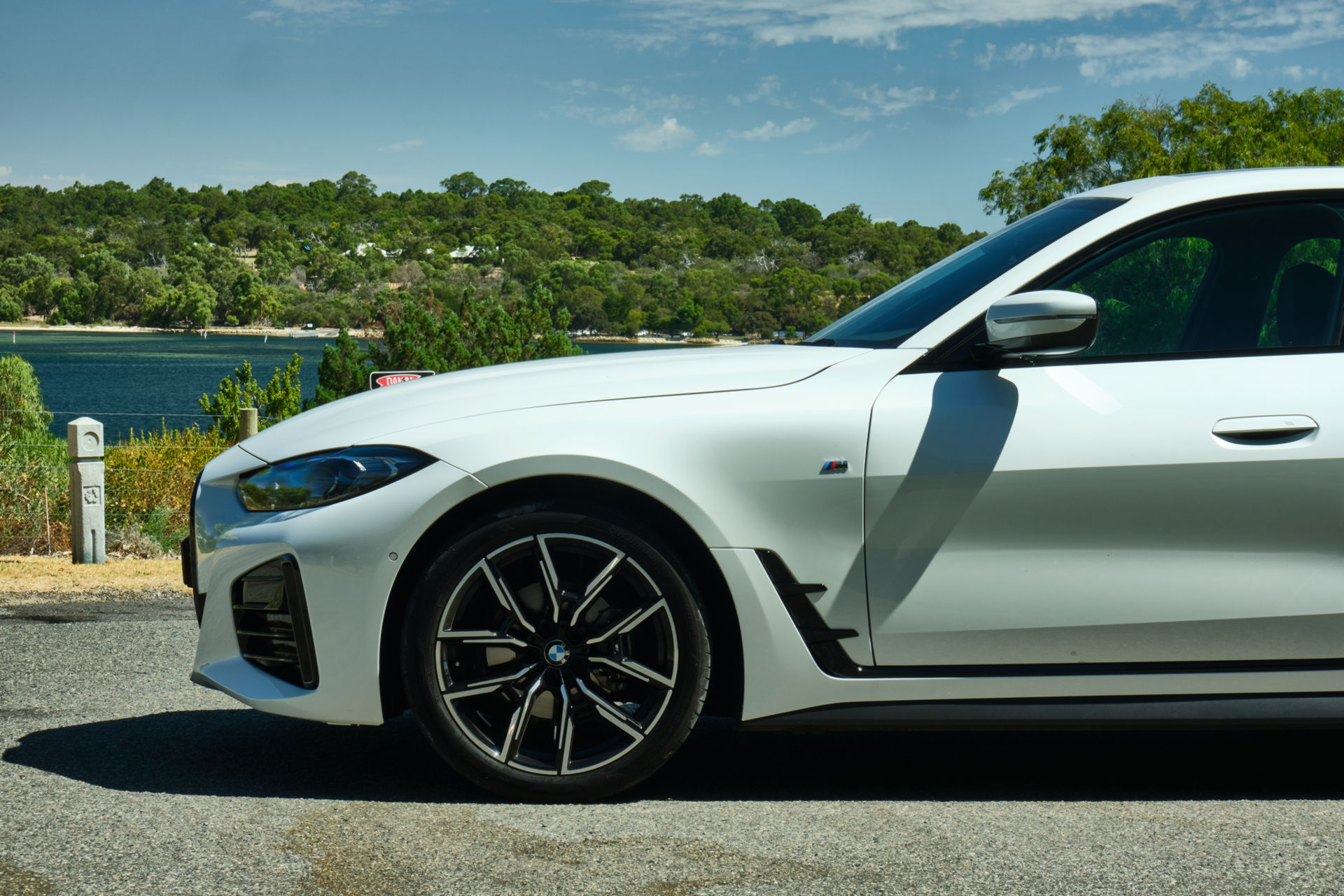