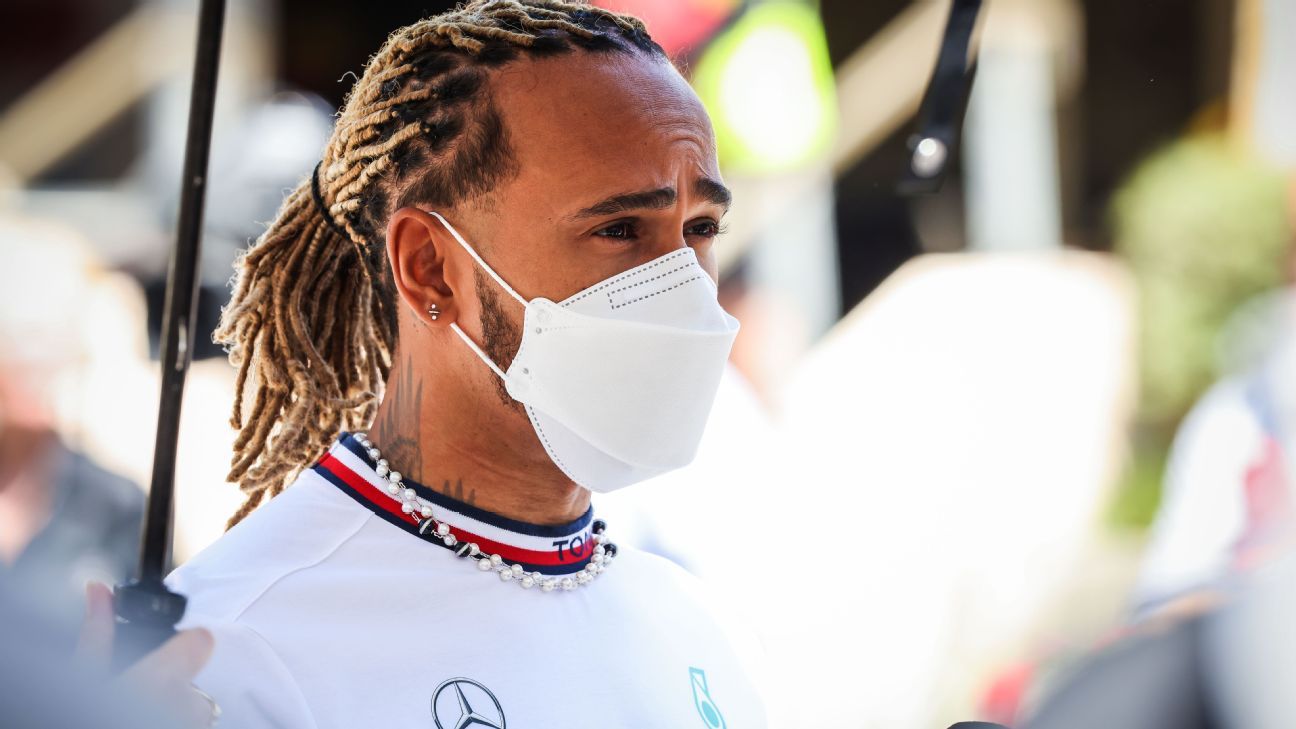 Lewis Hamilton believes Mercedes will be fighting for scraps behind Ferrari and Red Bull at the Bahrain Grand Prix.

Hamilton qualified fifth in a session that felt like a changing of the guard in F1 after eight years of Mercedes being the benchmark.

Ferrari’s Charles Leclerc edged out Red Bull’s Max Verstappen for pole as their teammates Carlos Sainz and Sergio Perez locked out the second row, confirming the preseason belief those two teams are ahead of the rest coming into the new year.

Mercedes has downplayed its chances over the past few weeks and Saturday’s qualifying session proved it had not been bluffing, with Hamilton 0.6s down on Leclerc’s pole time, a significant margin over an F1 qualifying lap.

“I’m not saying I’m relieved, [but] I’m generally really happy today,” Hamilton told Sky Sports after qualifying, having struggled to get comfortable with his Mercedes over the three practice sessions this week and in testing last week.

“Given how we’ve been the last few weeks, the struggles we’ve had and the problems we’ve had with the car, it’s a bit of a nightmare to drive. We’ve just kept our heads down, kept working away and I’m proud of everyone for just staying positive.

“To get fifth in quali, those guys ahead of us are in another league. So I’m generally happy with where we are. It’s not the front row, but we will make improvements and do the best we can tomorrow.”

Hamilton says he does not think he’ll see much of the four cars ahead of him during Sunday’s race.

“Those guys will be going away… We’re not in the fight with those.

“They were a second ahead of us yesterday through race pace, so my battle is with the guys behind most likely. But of course I’ll try to be as fast as I can and get ahead, but as I said their performance is quite ahead of ours.”