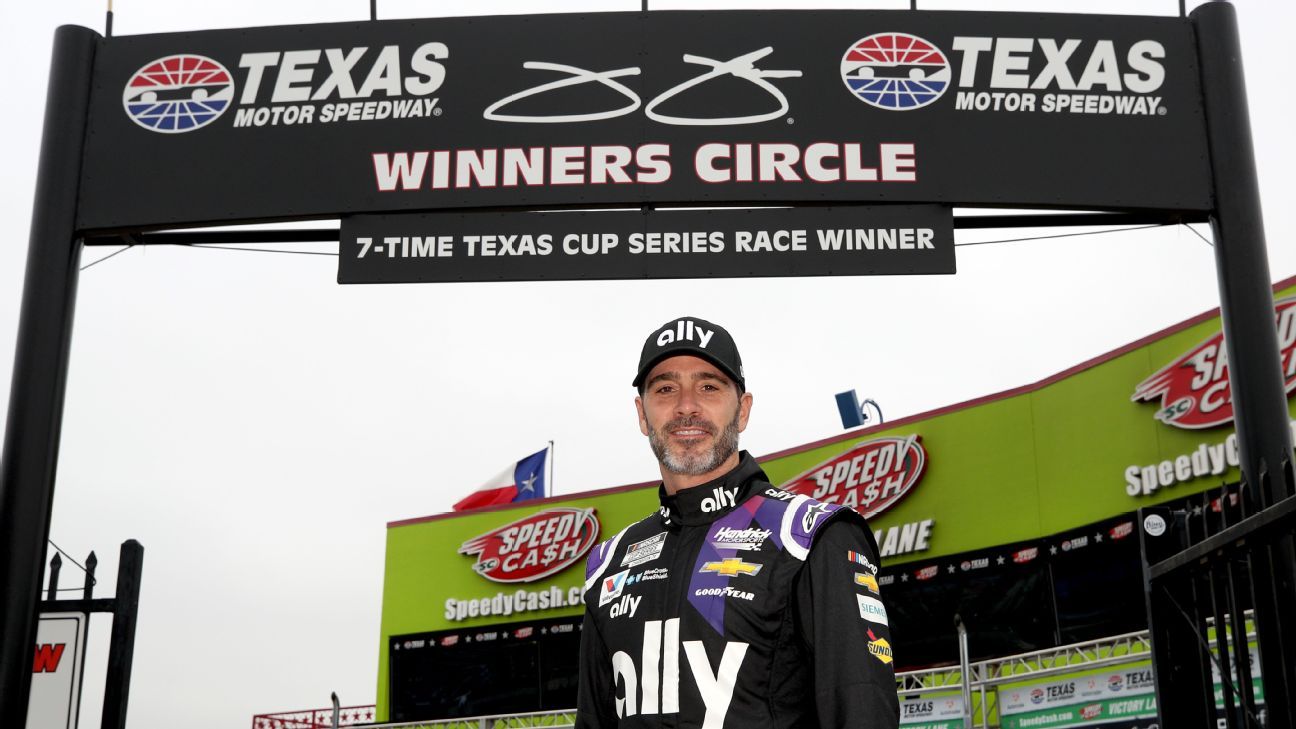 A record seven wins, the most laps led in Texas Motor Speedway history and a resume so stout they renamed victory lane after him.

But as Jimmie Johnson prepares for his IndyCar debut at the track he dominated for a decade he has low expectations of earning a trip to “The Jimmie Johnson Winners Circle.”

“I don’t think that’s realistic. Some people may have that expectation and that’s fine. I would love that to be the case,” Johnson said. “Whenever you enter a new series, you’re with the regulars, they’re so good at what they do. We have seen it when drivers try to cross over from various series.

“I certainly have higher expectations for myself, but I’m not thinking I’m going to show up, qualify on pole, lead the most laps and win the race.”

Johnson will make his oval debut as an IndyCar driver Sunday at Texas as he tackles the full schedule this season. He opted out of ovals as an IndyCar rookie last year even though he’d dominated the circuits for nearly two decades in NASCAR, winning seven Cup Series championships in an 11-year span.

All but one of Johnson’s 83 career Cup victories are on ovals.

But it was a family decision regarding safety for Johnson not to race ovals when he moved to the open cockpit Indy car, which cannot handle the contact so familiar to the stock cars in NASCAR. He stuck to street and road courses, a personal decision that made sense to Johnson but seemed a peculiar choice considering ovals are his bread and butter.

He changed his mind as he attended the Indianapolis 500 as an NBC analyst, deciding that as his comfort in the car improved, IndyCar’s cockpit-protecting aeroscreen also alleviated his safety concerns.

So 14 years after his first win at Texas, Johnson will now return to the 1.5-mile oval that was once his personal playground. He tested at the track last year with his Chip Ganassi Racing team to gauge his interest in running ovals, but a scheduled IndyCar test last week was scrubbed because of poor weather conditions.

It’s a different track now after Speedway Motorsports overhauled the circuit in 2017, the year Johnson won his last race at Texas. His six previous wins were on the former layout and Johnson said “I still have plenty to learn coming to a track I know and love.”

The new configuration at Texas has a narrow entry and exit in the turns and the once wide-open track has been reduced to one lane because of the effects of a traction compound NASCAR uses that eliminated the outside lane. And, an Indy car should be roughly 30 mph faster than a stock car — a change that Johnson said required an initial vision adjustment his first time on track.

“I’m thankful for every lap that I have had so far, but I still have plenty to learn in single-car running. I still haven’t been in traffic, and these cars are much more sensitive in traffic than what I anticipated from watching,” Johnson said. “I’ve watched every video humanly possible. I’ll have to use the two hours of practice [Saturday] to maximize that, get a sense of it, so I can have the best race craft possible heading into the event.”

He still has high goals for Saturday and Sunday: Johnson wants to improve his qualifying position and earn the first top-10 finish of his IndyCar career.

“Ultimately I want to run every lap of the race,” he said. “I’m so new into my IndyCar experience, starting all over on ovals, every lap is going to be a marked amount of experience gained. We’re trying to build up for the Indy 500. Everyone knows how special the Indy 500 is. It’s the second oval on the schedule. Every lap I make will be very beneficial.”