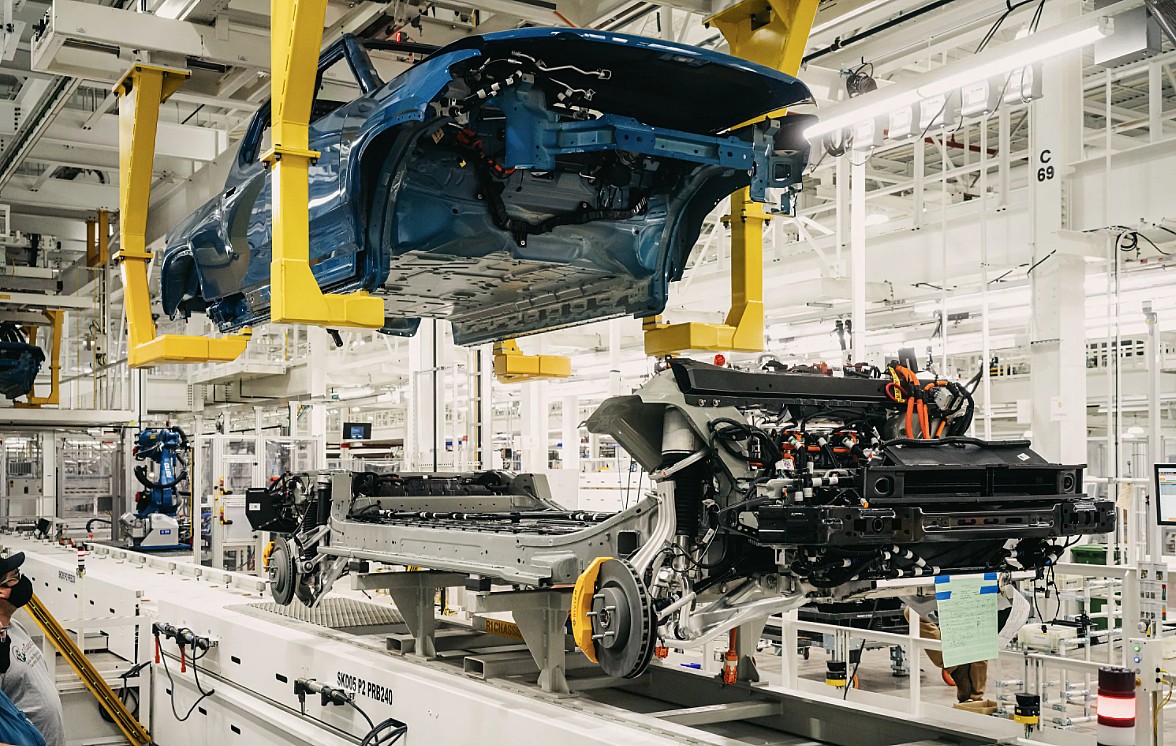 Pure electric vehicle companies have adopted numerous strategies to stand apart from the competition. Tesla makes a lot of its components in-house, including its vehicles’ electric motors. Even Lucid Motors, which is still ramping the Air’s production ramp, has been proudly highlighting that its electric motors, which were also developed in-house, are amazingly compact and efficient. Rivian, on the other hand, appears to have adopted a different strategy.

Information service provider IHS Markit took a look at several automakers’ motor sourcing strategies, especially amidst the emergence of the electric vehicle sector. As per the firm’s analysis, it appears that established electric vehicle makers such as Tesla seem to see electric drive units as vital to their efficiency and a potential source of competitive advantage. An example of this could be found in the Tesla Model S and Model X Plaid’s new electric motors, which feature carbon-sleeved rotors.

It was a technology that was developed and eventually produced in-house, and it does provide the Model S and Model X Plaid with notable advantages over their equally-priced rivals. Lucid is the same way, with the company taking special care in ensuring that its motors are as compact and efficient as possible. This is a strategy that is not shared by some veteran carmakers like General Motors, some of whom have opted to source their electric motors from Tier 1 suppliers like Bosch.

Rivian could be seen as an outlier of sorts in IHS Markit’s analysis. This was because the electric truck maker initially fully outsourced its electric drive units, allowing the company to accelerate its product launches. However, it should be noted that even Rivian is also developing its own electric motors, which means that the company will likely adopt an insourced strategy in the future as well, similar to rivals like Tesla and Lucid. IHS Markit, for its part, noted that insourcing would likely be more prevalent in the coming decade.

“We forecast a steady shift toward electric drive insourcing in the coming decade driven in part by the US OEMs. However, there will be many situations where outsourcing continues to make sense. For example, Rivian has initially fully outsourced its electric drive which helped accelerate its first product launch, while subsequently developing its own. BorgWarner’s recently announced acquisition of motor supplier Santroll shows Tier 1s still see significant volume growth in this space. Carmakers may never insource electric drives completely. As mature as the internal combustion engine is, that industry is 90% insourced, while 10% of engines are externally sourced,” IHS Markit noted.

Rivian may still be in the process of ramping its vehicle deliveries, but the company has already shown signs that it would be willing to adapt to the market. Just recently, and as nickel prices soared amidst the ongoing war in Ukraine, CEO RJ Scaringe stated during the company’s Q4 and Full Year 2021 earnings call that Rivian would be using nickel-free lithium-iron-phosphate (LFP) cells for its Amazon delivery vans. This is quite impressive on the company’s part, seeing as its Amazon delivery vans will likely account for a substantial portion of Rivian’s production output in the near future.

Don’t hesitate to contact us with news tips. Just send a message to simon@teslarati.com to give us a heads up.