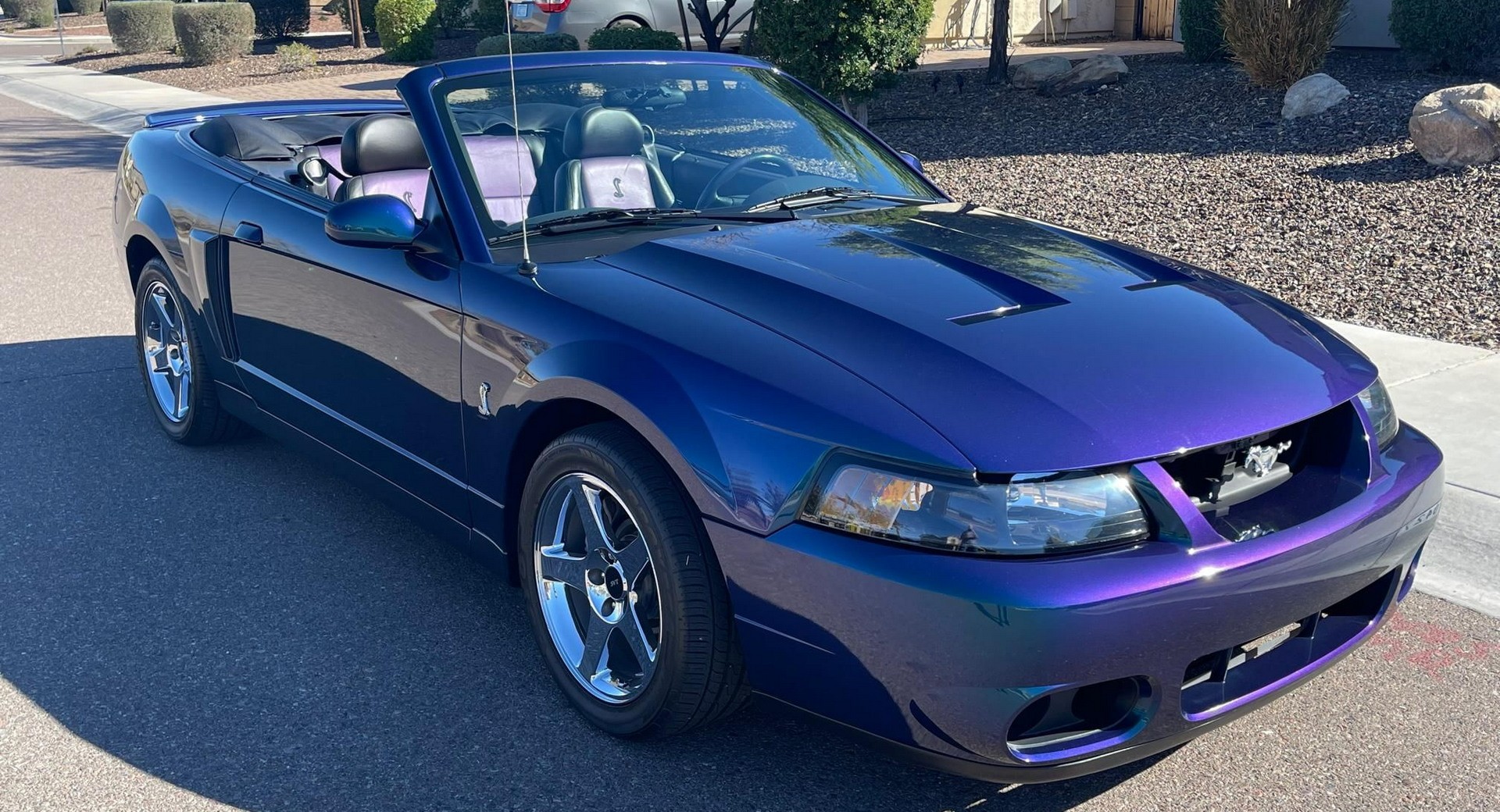 It’s really easy to ignore the 2000s selection of American sports cars but this Ford Mustang Terminator Cobra might capture your attention. It’s incredibly rare, features a stunning paint job, and is pretty quick thanks to a supercharged V8 under the hood with at least 390-horsepower. It’s even available at auction right now.

The distinctive paintjob of this Mustang is called Mystichrome and it’s very rare because it was a $3,700 option and only available for the 2004 model year. It’s purple, blue, green, and every hue in between based on how the light is hitting it. It’s a true chameleon paint color straight from the Ford factory. Pints of the stuff sells for hundreds of dollars because less than 2,000 Mustangs were ever finished in it. 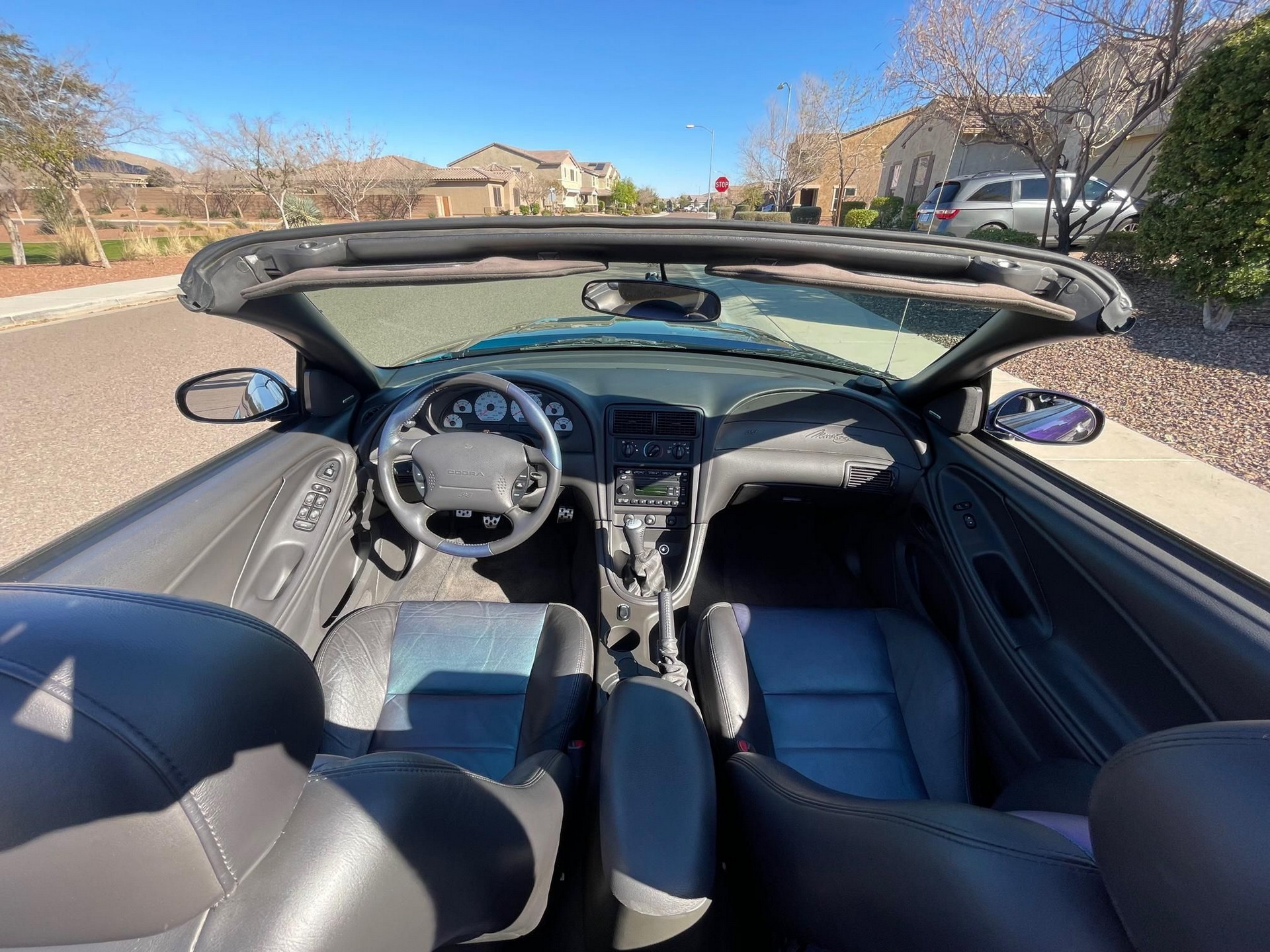 Ford also went to the trouble of finishing the interior in a similar upholstery color. No joke, the center leather section changes color as does sections of the steering wheel. However, the Terminator Cobra doesn’t stop at a fancy appearance package like so many other trims.

That name by the way, the Terminator, signified that this wasn’t the normal Cobra that was discontinued after this model year and that had been delivered to customers with less horsepower than advertised. No, this Mustang was said to make 390 hp but really made more, around 425 in total.

Think about how dramatic that was at the time. The Camaro had just been canceled, the Charger and Challenger didn’t exist and the only thing faster was a Corvette. There’s no question that this is a sincerely special pony car. It’s so special that Ford put a plaque on every motor with the names and signatures of the people who hand-built it.

Since this car is up for sale on Cars&Bids, Doug DeMuro gave it a full review and managed not to “pull a Mustang” – his words, not ours. He drove seven hours to Arizona to experience it and that’s saying a lot because he specifically moved to San Diego to avoid having to go very far for reviews.

Now, anybody with the money has the chance to walk away with this monster Mustang. As DeMuro says, there’s no sport button or adjustable suspension, the car itself “is the sport mode”. That’s a feature you won’t find on any modern muscle car.