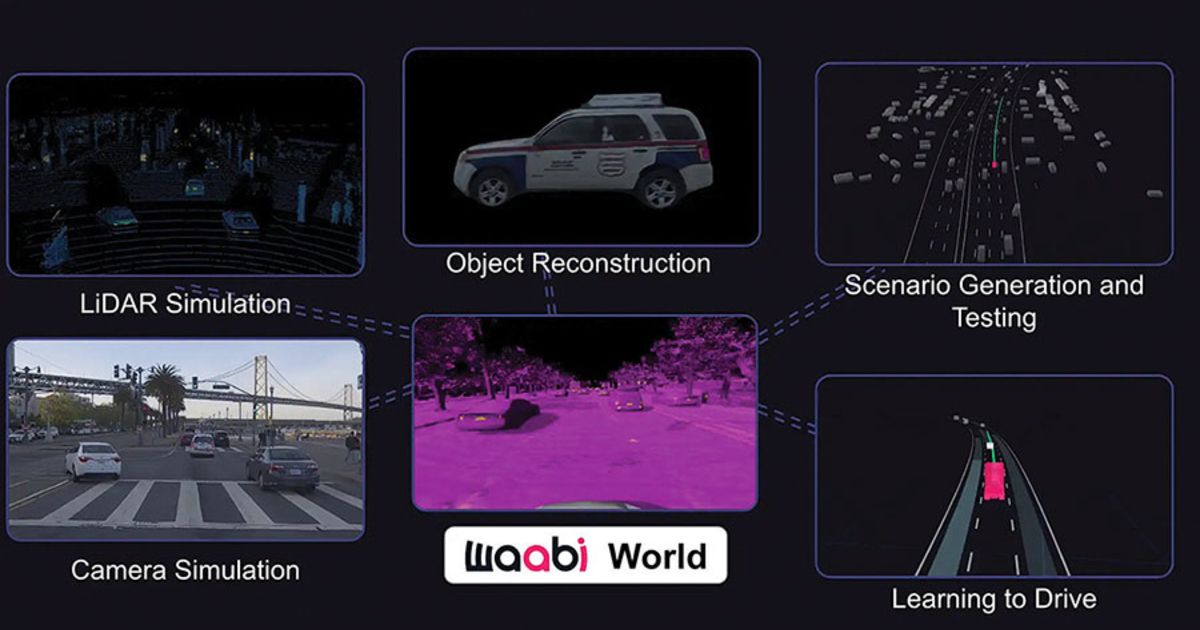 As efforts to deploy autonomous vehicles heat up, competitors are unleashing fleets of test vehicles in the real world. But they are also spending as much time — or in some cases more — training their systems within the safe confines of simulation.

“I believe our approach will move us closer to a commercial product rapidly,” she tells Automotive News. “And while we are building, I intend to lead the industry in transparency and accountability so that by the time we’ve reached our milestones, society is ready to move forward with us.”

The company is using its Waabi World driving simulator as a key step in its efforts to create and market a self-driving system it calls the Waabi Driver.

The Waabi World simulator mimics real-world traffic situations. It functions like a brain by storing information on how to safely react to these situations, including edge or corner cases. The simulator’s software incorporates this learned knowledge into the Waabi Driver that’s under development.

“Simulation is starting to play a more central role in self-driving in the last couple years,” Urtasun said. Waabi World wasn’t designed to completely replace on-road testing, she says, but she hopes it “will flip the equation of how much testing is done in the real world versus simulation.”

In February, Waabi said it can perform near real-time sensor simulation, which enables the Waabi Driver to learn from mistakes without human intervention. The company likens the process to a pupil learning at school.

“Suppose we ask ourselves the question: ‘An AV has been tested extensively in simulation and is shown to be safe. Should I ride it on Day One in the real world just based on that fact?’ No one should,” he says.

Rajkumar points to aviation, where he says all new planes run through flight tests even after extensive simulator testing. “And the world of driving is much more complex than planes in the sky with no traffic jams, no pedestrians, bicyclists, wheelchairs, jaywalkers, traffic lights, accidents, etc,” he adds.

Two key advantages of relying heavily on a simulator to create a self-driving system are safety and efficiency, Urtasun says. “The number of miles you would need to drive to see those corner cases is too big.”

Waabi is not alone as it looks to simulation as a road to testing self-driving systems. AV company Aurora, a Waabi investor, also uses simulation as a primary testing method.

When the Waabi Driver self-driving system is ready for market, Urtasun says its initial application will be for commercial trucks.

Waabi started in early 2021, with Series A funding of $83.5 million from several investors, including Uber. The company has about 40 employees based in Toronto and the San Francisco Bay Area.

Urtasun, a former Uber ATG executive, also is a computer science professor at the University of Toronto.