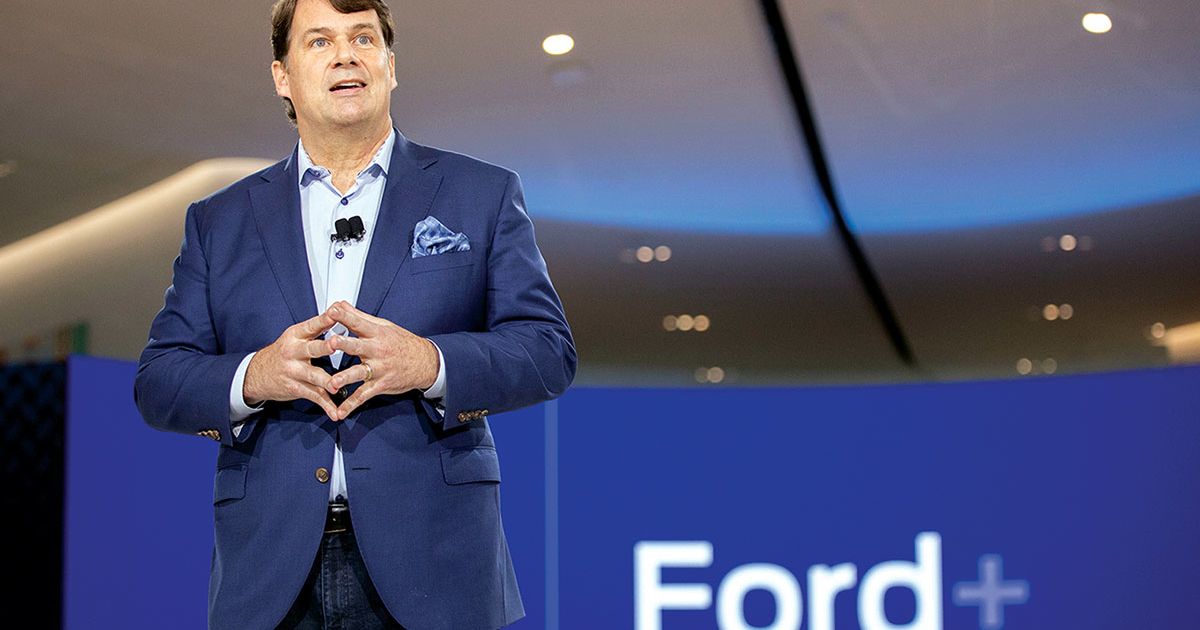 Farley formed Ford Next late last year and put it under the direction of Franck Louis-Victor, a hard-charging specialist in new businesses hired last June from Renault SA.

The unit contains Ford’s stake in autonomous-auto startup Argo AI and will develop startups in mobility services and other businesses. A joint venture that the automaker struck in January with security specialist ADT Inc. came out of Ford Next.

The operation is another move by Farley to carve up the 118-year-old carmaker into more agile and nimble pieces that can take on startups and tech giants like Google parent Alphabet Inc. and its Waymo self-driving unit.

Farley this month announced he was splitting carmaking at the company into two operations: Model e for electric models and Ford Blue for traditional internal combustion engine vehicles. He also has created Ford Pro, which focuses on the highly profitable business of commercial vans and trucks.

The automaker’s self-driving unit, Ford Autonomous Vehicles LLC, is now part of Ford Next. AV’s former chief executive, Scott Griffith, is serving as an entrepreneurial expert for Ford Next.

“This reflects a more nuanced rebranding and repositioning of an existing group, not creation of a new one or a significant structural shift,” company spokeswoman Jennifer Flake said in an interview. “It’s our approach to the business model. You use it to foster innovation, you use it to actually incubate new business ideas.”

Like the new units created this month, Ford Next will begin posting its financial results in the company’s earnings reports next year, she said.

Farley’s goal is to create a company that looks and acts more like a startup and can attract the tech talent that has been hard to get for legacy automakers. Just last week, Farley replaced a veteran human-resources executive with someone recruited from Apple Inc., the second time that Ford had poached a high-level person from the technology giant. Farley lured Doug Field last September from Apple’s car project.

Farley has said that traditional internal combustion engine staff don’t have all the skills necessary to succeed in the next era of transportation, and he is seeking new blood to give Ford a better chance to survive in its second century.

“You can’t ask ICE people to do certain things, it takes too long,” Farley said last month at a conference sponsored by Wolfe Research. “Ford will ensure we have the right structure and talent in place to compete and win.”

The company had considered a spinoff in which its electric and traditional businesses would have traded separately but ultimately decided to keep them under one stock.

Rival General Motors has weighed whether to take its Cruise LLC self-driving business public. CEO Mary Barra has chosen to keep it in-house for the time being, which contributed to the departure of Cruise CEO Dan Ammann in December.