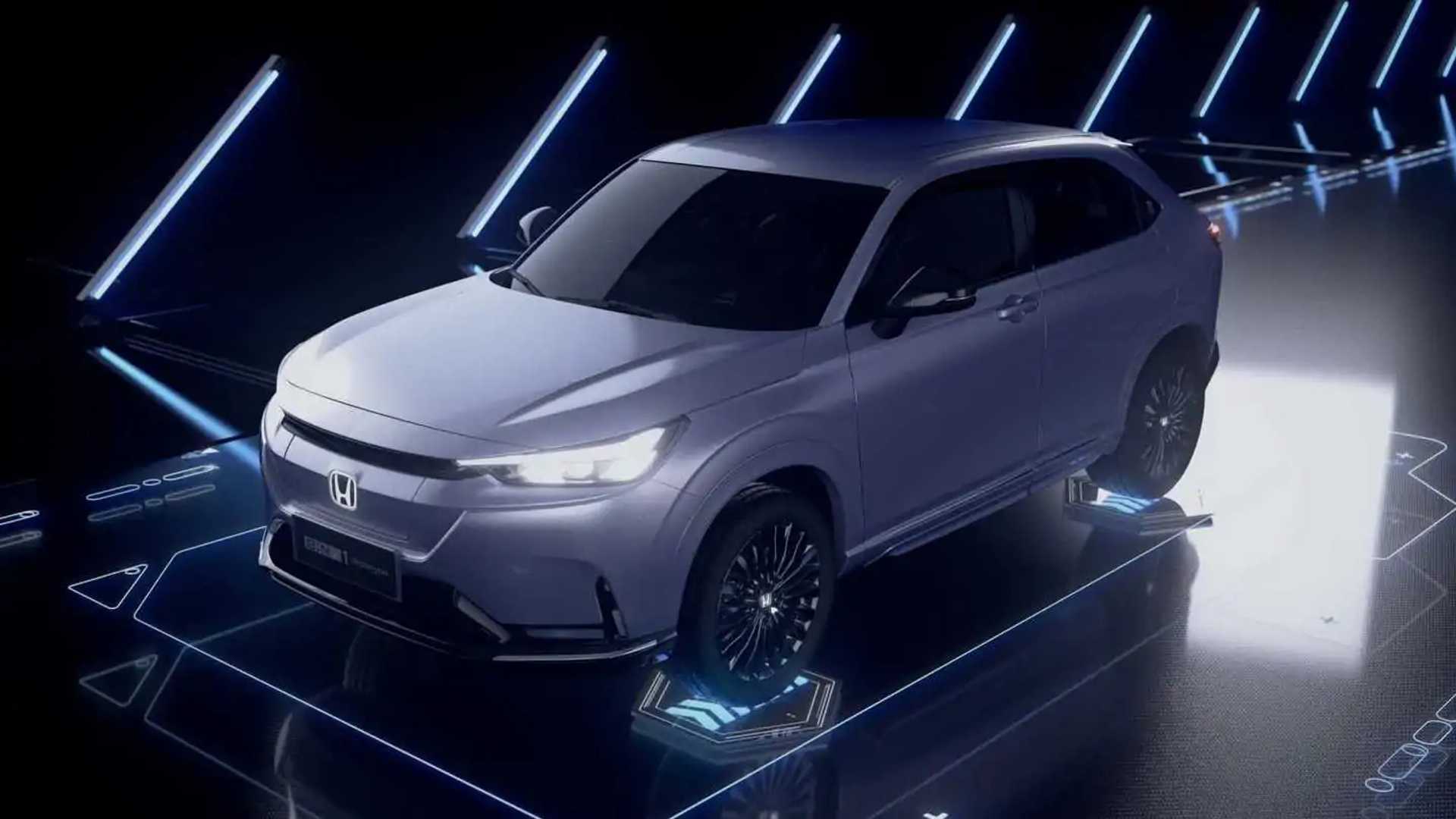 Honda has announced an expansion of its electrified product lineup in Europe with an all-electric subcompact SUV arriving next year.

Previewed as the Honda e:Ny1 Prototype, this model will be at the center of the brand’s future European product lineup. Honda says the production EV will offer a “unique blend of dynamics, technology and design that Honda is known for” while also representing “a great option for families looking for their first EV.“

The Japanese automaker did not release additional information about the electric subcompact crossover, but said it will be joined by an as-yet-unnamed C-segment full hybrid SUV—revealed to be the same vehicle as North America’s upcoming 2023 HR-V in the teaser sketches at the bottom of this page—and the all-new CR-V, which will offer both full hybrid and plug-in hybrid powertrain options for the first time in Europe.

“We are already well advanced with our plans to further expand the choice of battery-electric and hybrid vehicles for our customers and increase our offering in the fast-growing B- and C-SUV segments. The new models we will introduce in 2023 set the course for the next generation of electrified Honda cars, all retaining the engaging driving dynamics, comfort and exceptional usability to which our customers have become accustomed.”

Looking at the photos of the e:Ny1 Prototope, it’s plain to see we’re dealing with the all-electric version of Europe’s Honda HR-V. Launching this spring in China, the battery-electric HR-V is sold by Honda’s two joint ventures as the e:NS1 (Dongfeng Honda) and e:NP1 (GAC Honda).

It remains to be seen whether the European-spec model will feature the same drivetrain. Honda is also to announce the manufacturing location of the e:Ny1, with China looking like the most obvious choice.

Last year, Honda closed its European plants in Swindon (UK) and Gebze (Turkey), so it’s clear that the e:Ny1 will have to be imported from overseas.

North America’s 2023 Honda HR-V will be coming to Europe next year as an as-yet-unnamed compact hybrid SUV.

North America’s 2023 Honda HR-V will be coming to Europe next year as an as-yet-unnamed compact hybrid SUV.