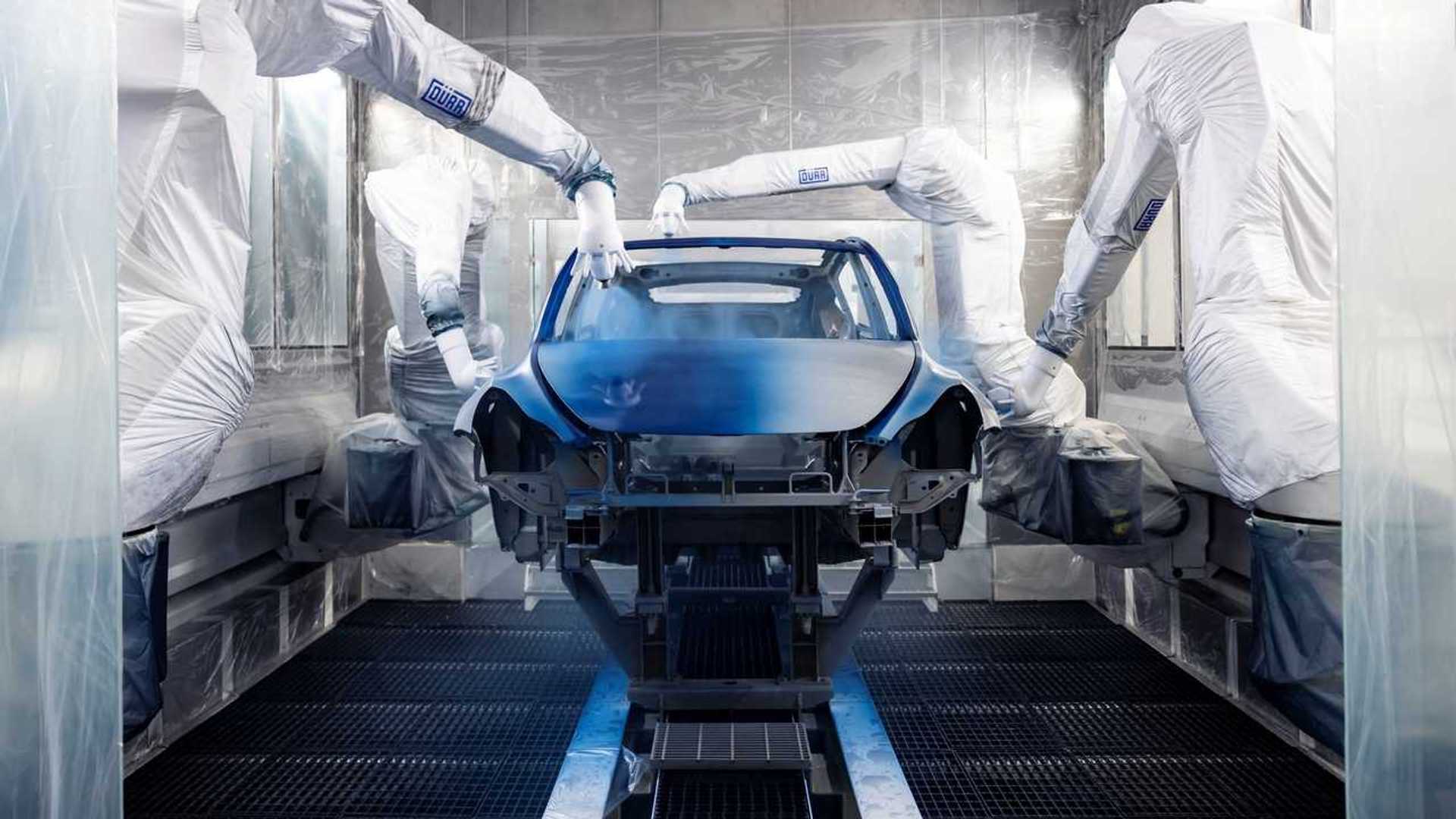 After the speech Elon Musk delivered to Giga Berlin workers at the plant’s grand opening on March 22, the Tesla CEO took many questions from the audience.

One of the questions was about the new body colors that will be available from Giga Berlin, seeing as Musk previously said the plant would have “the world’s most advanced paint shop, with more layers of stunning colors that subtly change with curvature.“

“We have to be careful with the total number of colors, but we are going to make some special colors here, and it’s about more than the color itself, but the layers of paint in order to get the dimensionality. We’re going to make a very special red, which I think probably a lot of a people have seen. It’s like 13 layers of paint. The layers give the paint dimensionality and make the color look deep and complex. And then we will also have a silver with not as many layers, I think eight or something. It’s still going to be really special, kind of a liquid silver.”

The former has been rumored to be the color of Musk’s personal Model S, which has been spotted in 2020 in the executive parking lot at the SpaceX headquarters wearing a striking prototype color.

Musk also said that colors are a challenge because many factors need to be taken into consideration when developing new paints, including servicing.

“With respect to colors, which colors are going to be available from this factory, colors are always a challenge because when you think about colors, you don’t only need to manufacture it, but you also need to service it and fix it for like 20 years. So you’ve got to think about man, ‘What are we going to put the service team through?'”