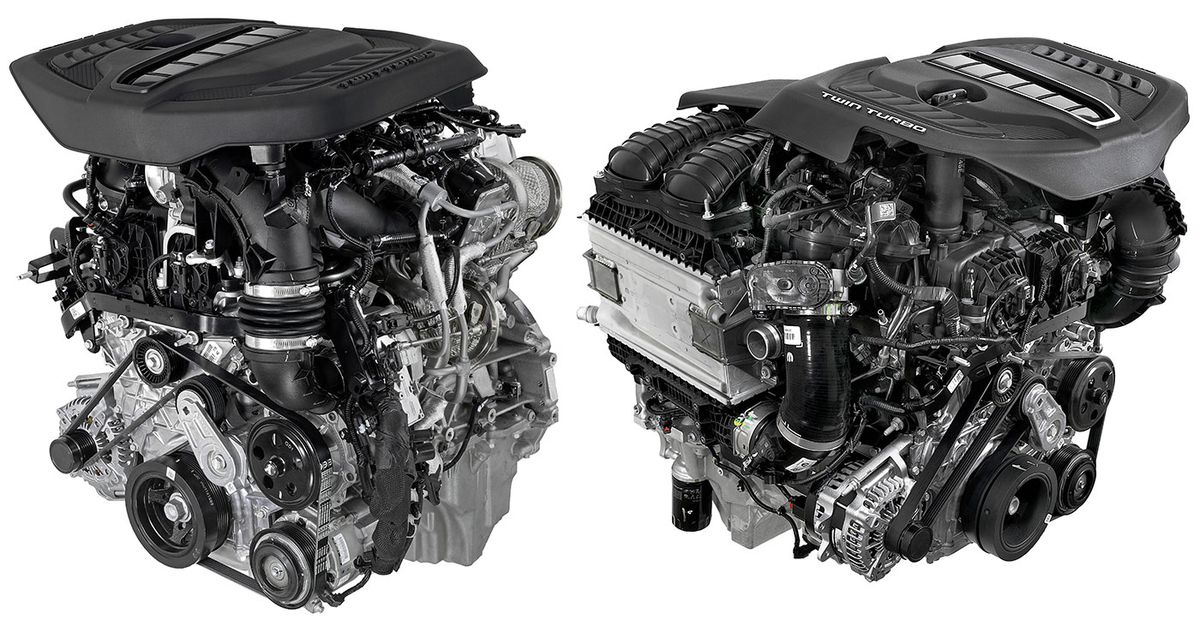 The inline-six, a classic engine design noted for durability, fuel efficiency and smoothness, will return to the Dodge and Jeep lineups this year.

The company did not identify specific vehicles the new engine will appear in. Availability will be announced when 2023 models debut.

The new engine could be headed first to the Jeep brand. On Thursday, a photo of the engine appeared on the online configurator for the Grand Wagoneer, showing the twin turbo six listed as a $2,000 option. The photo was removed later Thursday.

The Hurricane will be offered in two versions, a standard output and a high output.

The inline-six was dropped from Stellantis’ U.S. lineup at the end of the 2006 model year, when Jeep scrapped the legendary — but ancient — 4.0-liter straight-six and replaced it with the then-new 3.8-liter Pentastar V-6.

Micky Bly, the company’s head of propulsion systems, told reporters the new engine will help Stellantis reduce carbon dioxide output as part of a transition to electric vehicles. Stellantis, he said, wants EVs to account for half of its U.S. sales by the end of the decade.

Bly said the dual overhead cam, aluminum block sixes reduce CO2 output as much as 15 percent compared with similar or larger engines in the Stellantis lineup. That would include the 3.8-liter V-6 engine. The new engines will also boost fuel economy about 15 percent over the engines they replace, although Stellantis did not identify which ones those are.

“Internal combustion engines will play a key role for years to come, and we owe it to our customers and the environment to provide the cleanest, most efficient propulsion possible,” Bly said.

The V-8-like power of the new sixes is derived in part from a slew of high-tech features. Each turbo, for instance, powers three cylinders, increasing response. The twin overhead cams have phasers that adjust the opening times of the 24 valves, and a direct fuel injection system blasts fuel into each cylinder at more than 5,000 pounds per square inch.

The engine uses spray-in cylinder liners to reduce weight and enhance durability — the same process Nissan uses on the GT-R.

Stellantis says the Hurricane engines don’t replace the venerable Hemi V-8 but will be offered along with it. One engine the Hurricane might replace, however, is the light-duty 3.0-liter V-6 diesel, which makes 260 hp and 480 pound-feet of torque and is used in the Jeep Wrangler and Ram trucks. The Hurricane offers comparable power but would be less expensive to produce than the diesel.

Stellantis is manufacturing the Hurricane sixes at a plant in Saltillo, Mexico, with an annual capacity of 250,000 engines per year. Stellantis is the third automaker in recent years to return to an inline architecture for a new six-cylinder. Mercedes-Benz launched a new inline-six in 2016, while General Motors added an inline six-cylinder diesel to the options list of light-duty pickups and SUVs in 2020.

Ford pioneered twin-turbo six-cylinder engines in its pickups more than a decade ago with the 3.5-liter EcoBoost V-6. It quickly became the top-selling motor in the F-150.