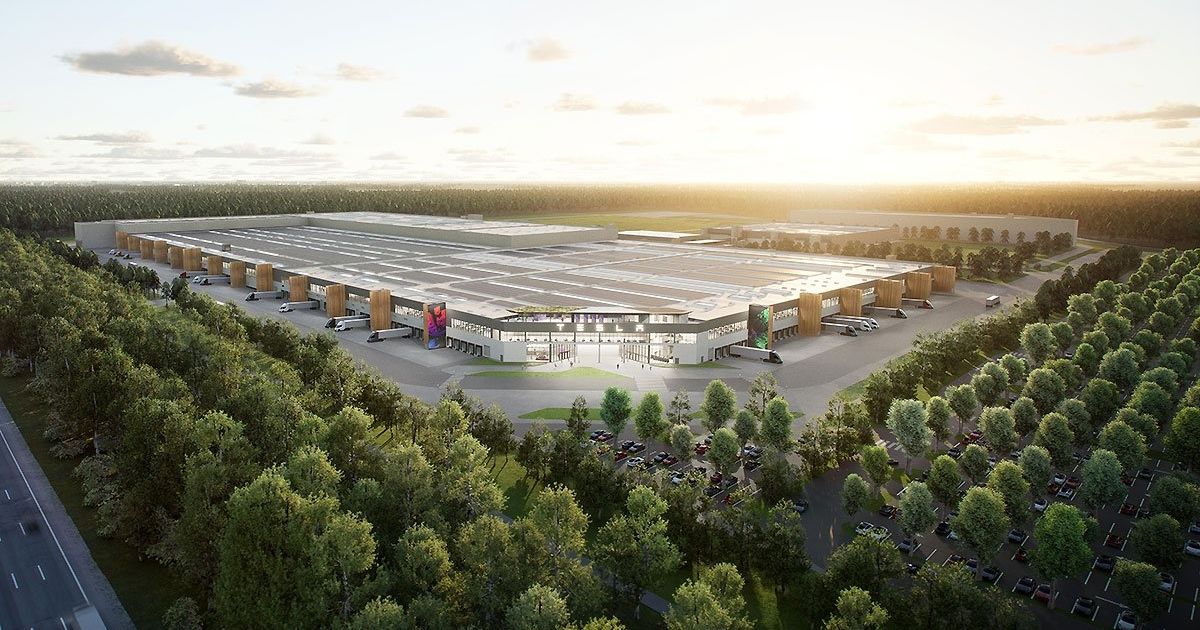 During inaugural ceremonies at Tesla’s new Berlin factory earlier this week, CEO Elon Musk delivered the first German-made Model Y crossovers to eager customers, did a little dance near the assembly line for cheering fans and casually predicted that Tesla will reach annual production of up to 20 million vehicles by the early 2030s.

“I think it’s aggressive, but not impossible, that we could do 20 million cars in 10 years,” Musk said in response to questions from Tesla factory workers. “And that would be a good number because there’s 2 billion cars and trucks in the world that are in active use, so 20 million would be then 1 percent of the global fleet per year.”

While Wall Street skeptics scoff at the 20 million number, Musk’s goal to replace the world’s combustion-engine cars and trucks with battery-powered Teslas is just getting underway, with its big push in Berlin and a new plant that will open next month in Austin, Texas. Tesla also is expanding its Shanghai facility and pushing more vehicles out of its tightly packed plant in Fremont, Calif.

To be sure, the long-awaited competition to Tesla is also coming. Earlier this month Cadillac began production of the Lyriq electric crossover, and Ford’s F-150 Lightning electric pickup received an EPA rating of up to 320 miles of range ahead of its launch in the coming weeks.

Tesla, on the other hand, has delayed its Cybertruck pickup until 2023. But in the near term, Tesla is likely to expand global production from about 1 million vehicles last year to more than 2 million by 2024, analysts say. And that’s just with the company’s current announcements.

Musk said this year that Tesla is considering sites for its next assembly plants, with new announcements possible by the end of the year.

The automaker, Musk said on Twitter this week, “will be scaling to extreme size” as part of an updated “master plan” that will be announced shortly.

“As we are able to ramp production and satisfy demand in our existing markets, then we will be able to expand to other markets and we will also add additional products,” Musk said in Berlin.

Tesla’s latest master plan comes amid unprecedented demand for its two sedans and two crossovers despite aggressive price increases over the last year. Opening new plants in the heart of Europe and in the U.S. is a big bet both on Tesla as a brand and on the market for electric vehicles. It also comes amid a global semiconductor shortage.

But Tesla’s recent growth is remarkable in the auto industry. Tesla has gone from sales of about 367,500 in 2019 to nearly a half a million in 2020 and 936,172 last year. It’s leading the U.S. luxury market in new registrations this year, taking the crown from BMW in January, according to data from Experian.

“We’d have to go to other industries to find something that has scaled like this,” said Sam Fiorani, vice president of global vehicle forecasting at AutoForecast Solutions. “Like iPhones, or maybe even back to compact discs. No automaker really has done this on a global scale so quickly.”

Of course, Tesla’s new plants will take time to ramp up, with full production not likely until 2024. Its China factory, which opened just two years ago, now has a capacity of 864,000, according to AutoForecast Solutions. And Tesla is looking to build a second factory in China for a total capacity of 2 million, according to Reuters.

Production at the Berlin plant will take pressure off the China plant, which has been supplying Europe with the Model 3 compact sedan and Model Y compact crossover.

In Fremont, where Tesla also makes the Model S midsize sedan and Model X midsize crossover, the company has said capacity could possibly rise from about 450,000 to 600,000.

The big news in the U.S., however, is the start of production at the Austin plant, which will host an opening celebration on April 7. Production there will begin with the Model Y but will eventually include Tesla’s long-awaited Cybertruck, perhaps in 2023, according to Musk. AutoForecast Solutions estimates the plant will ramp up to 400,000 vehicles by 2024.

Whether Tesla ever achieves anywhere near Musk’s 20 million production target depends heavily on circumstances beyond the company’s control. Even Musk suggested in Berlin that the number could be closer to 10 million, which would still make it among the biggest automakers in the world by today’s rankings.

“Nobody outside of Tesla has the capacity for as many electric vehicles as they do, and absolutely nobody has the market share that they do,” Fiorani said.

But it’s relatively early in the transition from combustion engines to EVs, and legacy automakers are making huge investments in their own plants, as well as building new ones.

Automakers such as Volkswagen, General Motors, Ford, Hyundai Motor Group and even Toyota are planning dozens of electric models in multiple segments. In a few years, consumers will have significant non-Tesla EV options, and likely at lower price points. Tesla’s most inexpensive vehicle, the Model 3, now starts at nearly $50,000 with shipping.

“Tesla is absolutely going to lose market share for EVs because they started with no competition,” Fiorani added. “It doesn’t matter if Tesla were to double or triple its size, the market is going to grow and there are going to be other players coming in.”