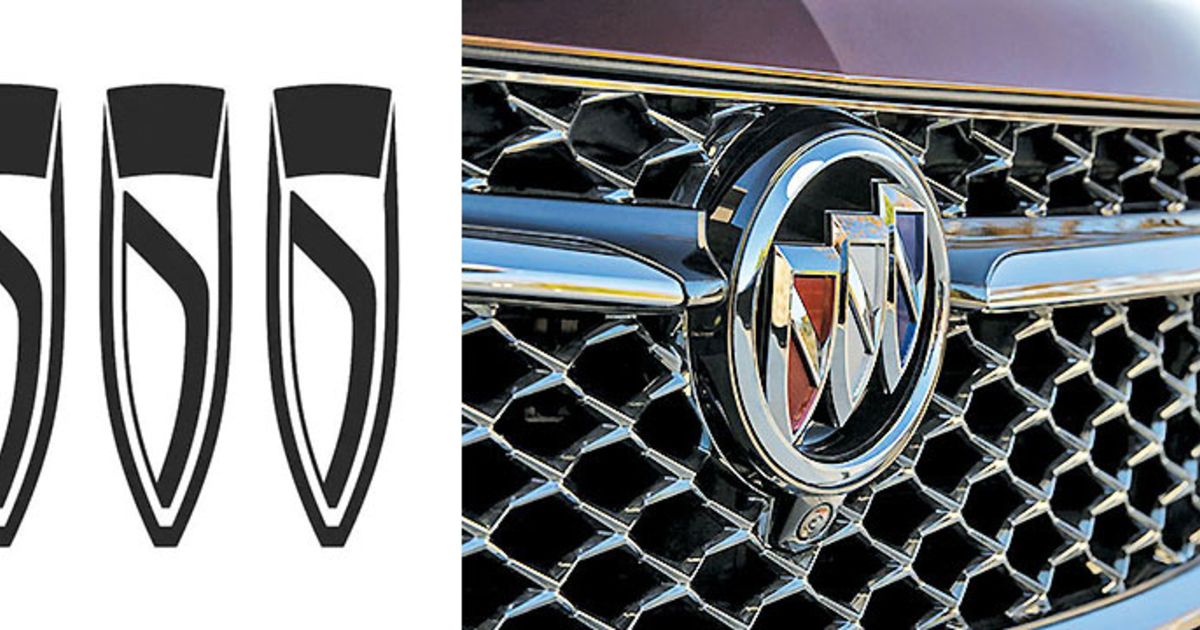 Buick appears to be rearranging its shields.

The General Motors brand recently filed a trademark application that shows the three shields in its logo aligned horizontally instead of diagonally, and no longer overlapping. The shields also lose their diagonal stripe in favor of a curved line, and there’s no ring around the trio. (Jalopnik thinks they look like hair clippers.)

Because trademark filings are generally done in black and white, it’s not clear whether the logo will retain the current red-white-and-blue color scheme. It may be designed to be illuminated, like the modified crest GM is putting on the front of electric Cadillacs, starting with the upcoming Lyriq.

The logo update comes ahead of plans to roll out Buick’s first electric vehicles. Automotive News has reported that the brand is expected to introduce at least three EVs from 2023 through 2025.

Buick could use the names Electra and Velite for upcoming EVs, based on trademark filings spotted by GM Authority in recent months. In February, Buick posted a teaser photo of an electric crossover concept that it said would debut this summer.